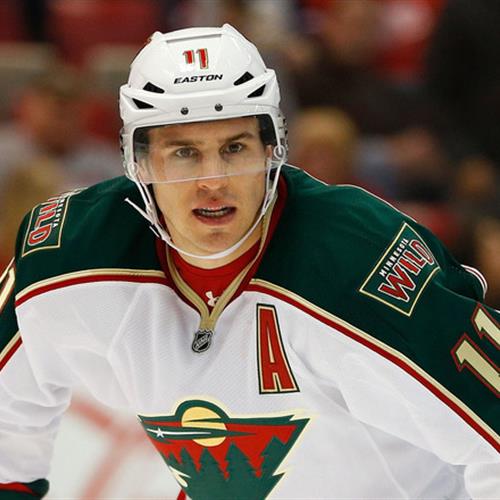 The Minnesota Wild invested a lot of money and resources into acquiring Zach Parise last summer. So far, their hard work has paid off.

For Wild fans that have not seen much of his play, they have been pleasantly introduced to a player that does so many things well. While some stars take nights off, Parise brings an unrelenting work ethic every game. Not only is his on-ice performance impressive, it is his off-ice demeanor and commitment that gains the respect of his peers. He is a consummate professional and team leader.

For younger players who want to learn how to play the wing position they should take note of Parise’s strengths.

First, he has high-level skating skills. Wings need to be able to stop and start quickly and be strong on their skates. Parise is blessed with somewhat of a bowed-leg stance, similar to Pavel Datsyuk. They are both incredibly hard to knock off the puck. This is complemented by his ability to keep his feet moving and shield the puck from the opposition.

Second, he pursues the puck with maximum effort at all times. When in reach, Parise has an uncanny ability to strip the puck off of players without taking a penalty.

Third, he is not afraid to drive to the net. This is a product of having detail in his positioning on the ice and a willingness to compete.

Lastly, Parise knows where his teammates are during a shift. He plays mentally in front of the game by constantly surveying the playing surface without the puck.

Those around Parise on a daily basis are impressed by his humility and unrelenting work ethic. I trained with Parise in the summer of 2007. The first time I was on the ice with him was in a private skating lesson with Diane Ness. In that session, his willingness to correct and openness to try new things was impressive.

Parise represents a slew of National Hockey League players who have come out of Shattuck St. Mary’s. In 2007, I drove down to Faribault every day for a month to train with Parise and the rest of the players there. Partly, I was curious to learn why players like Sydney Crosby, Drew Stafford, and Patrick Eaves had chosen to attend a school in rural Minnesota. Mostly, my motive was to train hard, and knew that prepping for the season with Parise would not disappoint. While Parise is unassuming physically, he works hard in the weight room. On the ice, he pays attention to details even in the scrimmages. The commitment to the game in Faribault was a pleasure to be a part of.

There is no doubt that the General Manager of the New Jersey Devils, Lou Lamoriello, lost sleep when Parise departed. For Lou, Parise represents another player who came through their scouting and development system and elected to leave. For any GM, acquiring prized draft picks from the Devils is an intelligent move. New Jersey has a skill for finding and developing smart, quality players. With Parise wearing a Wild jersey, it is difficult to remember that just last year he was playing in Game 6 of the Stanley Cup Finals. There is no doubt that there is still some fatigue from going that deep in the playoffs, but knowing Parise, he will not make excuses.

What is exciting for Wild fans is that his play could escalate even further as this playoff hangover subsides.