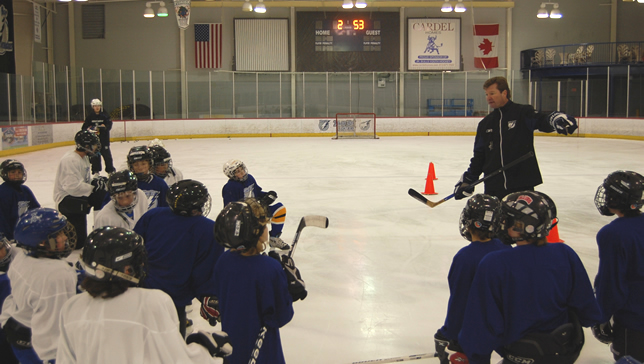 As coaches, we have a constant urge to take control, correct mistakes, and improve our players. When someone is doing something wrong, we want to intervene and demonstrate the proper technique.

In many cases this is what we are supposed to do. But when it comes to teaching teamwork and leadership, players need the opportunity to step up and take control. This often requires coaches to step back and give more ownership to their players, a tough thing to do especially when they are making some mistakes.

Our job as hockey coaches can be made even tougher because of the hockey culture we operate in. Coaches are supposed to design the rules and enforce them. But what is the responsibility of the player? 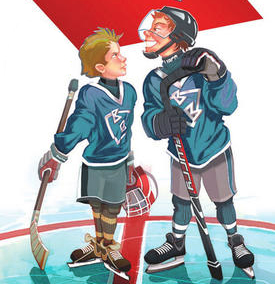 When one of his teammates is being bullied by another teammate or even by a non-teammate at school, should there be a rule (or rather an expectation) that he will step up and intervene? When a teammate is taking cheap shots in practice or constantly trying to check his weakest teammate as hard as he can, do others tell him to knock it off?

And when a meaningless personality conflict erupts, are the players expected to find a resolution? In all of these cases, do we really only expect the coach to do something?

Players do have a responsibility to protect their teammates and resolve conflicts amongst themselves.  Just imagine a bunch of a young peewee’s teammates telling a bully at school to stop messing with their teammate or a high school captain who doesn’t allow some of his senior buddies to try to check the weakest skaters as hard as they can at captain’s practice.

Of course, there are instances when coaches should step in, resolve a problem, and discipline their players. But in many cases, players can and should be encouraged to take ownership of a team problem.

They will often need some guidance as to how to do so, and even with advice may fail. But that’s okay.  Practice and a culture that expects players to take responsibility for their team will ultimately lead create better teams and hockey.