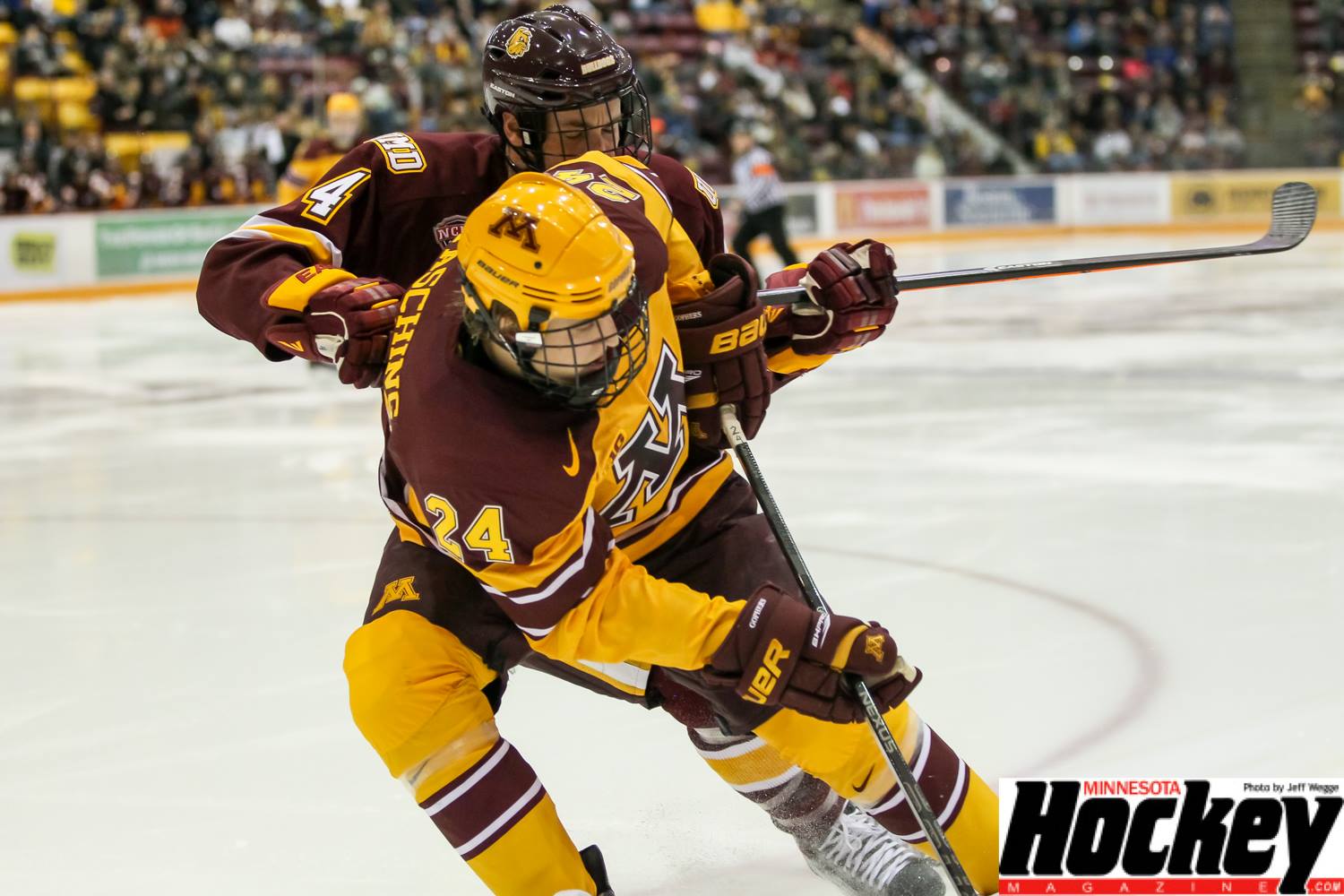 USA Hockey today trimmed its 2014 National Junior Evaluation camp roster from 42 to 27 in advance of its final games against the Czech Republic, Finland and Sweden later this week. The University of Minnesota’s Hudson Fasching (Burnsville) is one of three Minnesotans remaining in camp vying for roster spots on the U.S. National Junior Team which will compete in the 2015 International Ice Hockey Federation World Junior Championship, Dec. 26, 2014 – Jan. 5, 2015, in Montreal and Toronto, Canada.

Jim Johannson, USA Hockey’s assistant executive director of hockey operations and the general manager of the 2015 U.S. National Junior Team, said those dropped from the Evaluation Camp roster today remain in consideration to be invited to December’s training camp from which the final team will be selected.

“As a staff, we have been very pleased with the effort and competitiveness of the 42 players in camp,” Johannson said in a statement released by the team. “The three remaining games this week provide an opportunity for additional assessment of the players that are staying. We will continue to evaluate the players released today throughout the fall.”

The trimmed Team USA roster will play Sweden on Wednesday (Aug. 6), Finland on Thursday (Aug. 7) and Czech Republic on Saturday (Aug. 9). All games are being played at the Olympic Center’s USA Rink.