Why choose when you can be both to your players? 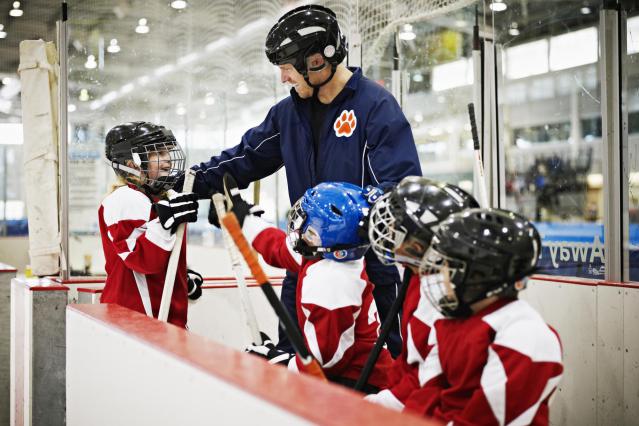 Why choose when you can be both to your players?

Youth hockey coaches have an incredible opportunity to have a positive impact on the lives of the young players on their teams. The coaches spend a considerable amount of time with their players and the players will learn not only hockey but many life skills and lessons from the coaches. The challenge for youth coaches is to deliver the right messages and model the right behaviors that will help the players grow as individuals and as players.

A goggle search of the word “coach” comes up with; “a person who directs players activities in a game.” Used as a verb, “to coach” means “to train.” Both functions of coaching require technical skills in the game, as well as skills as a trainer or teacher.

The first definition is really an illusion in hockey because when the puck drops at game time the coaches are not directing play on the ice ‐ although many coaches try to shout instructions throughout the game from the bench.

There is another way to perceive the role of a coach and that is to think of coaching young people as mentoring.

In the past when I’ve spoken at CEP clinics in Minnesota, and around the country, we discussed the difference between a coach and a mentor. When I brought up the idea of a mentor and asked the coaches to think of mentors that they have had in their lives a lot of smiles appeared and heads nodding up and down.

Bingo, the light went on. A mentor is someone who cares, helps, guides and teaches. Gosh that sounds like what coaches should be doing.

Checking again with Google and then to a Mentor website the following definition appears:

Matter of Trust. Mentoring is a structured and trusting relationship that brings young people together with caring individuals who offer guidance, support and encouragement aimed at developing the competence and character of the mentee. A mentor is an adult who, along with parents, provides a young person with support, counsel, friendship, reinforcement and constructive example. Mentors are good listeners, people who care, people who want to help young people bring out strengths that are already there.

It is hard to imagine any coach not agreeing that being a mentor is a good thing to be to youngsters but why when we hit the ice is it so hard to do? Is it because of personal ego or maybe the mistaken idea that the coaches job is just to win?

At the mite and squirt levels the atmosphere is pretty tame, but each year after it really heats up until bantams where the pressure to “win baby win” and the volatile nature of maturing young people collide. As the players move on to high school, the pressure to win moves to the top of the list with the parents leading the charge looking for scapegoats if the teams do not win, or worse yet, their child does not make the team.

It takes special people to balance the competitive pressures of bantam and high school players along with the mentoring the players need.

Mentoring activities include taking the time to get to know the players and what they like to do away from the rink. Taking an interest in them as individuals, their school work, and families helps to build the relationships it takes to successfully mentor/ coach a player. I believe that it takes entire seasons with a player to develop a good working understanding and trust in order to be effective as a coach.

Unfortunately, in our youth hockey system many of the players only spend one year with a coach before moving on. That means extra effort needs to be made to quickly build the trust and effective communication. Without these, a coach is just another loud adult to tune out.

Look for ways to engage every player on your team about something beside hockey. The effort will reward you and the players.

As you head to the rink each day, think first of being a mentor to all of your players and a coach second. By taking this approach you will leave a positive life‐long impression on your players, have more fun yourself and, although I cannot prove it, probably win more games.