If playing games made us better, we would be the best 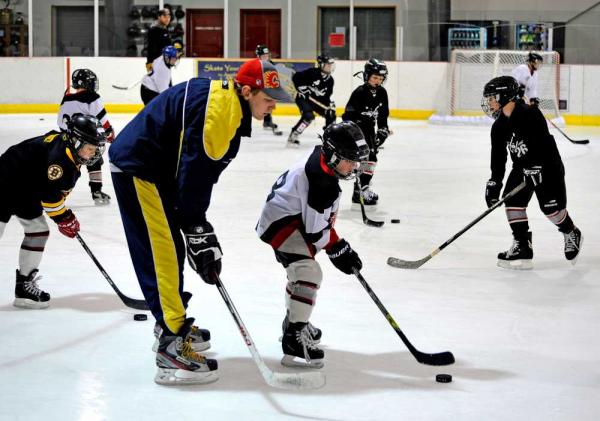 If playing games made us better, we would be the best

Even throughout the winter months, many have a habit of turning their thoughts to hockey after the regular season. The calls are already being made to fill out the rosters of AAA teams and other leagues that operate in the spring, summer and fall months. Parents of younger players are concerned their kids will fall behind their group and feel pressured to participate.

The father of an 8-year-old player once emailed me about power skating and wondered how to fit it in with his AAA team, Mash team, and Showcase team. The lad also plays baseball. Without discussing the relative merits of the programs (not including the baseball part) it seems that this is an example of what we are facing today. These offseason leagues will often take precedence over the in-season sports, especially if it is a practice to be missed.

My advice to the father was for his son to play baseball, period.

Let us review the relative merits and value of playing games versus a good skill development program or just an old-fashioned practice session.

First of all, we need to outline the actual amount of time spent on the ice during a one hour game. For most youth levels the average player spends only 12 minutes actually playing. We also know through various studies done at the Olympics and Tier 1 National Youth Tournaments over the years that the best players average about 1 minute of actually touching the puck during a game. For the average youth player it is closer to 30 seconds.

Let us assume that you can manage to play another 30 games in the off- season. That equals a total of 6 hours of ice time and 9 minutes of handling a puck. Let’s not even discuss the cost per minute played or the time spent traveling, sometimes out of the country, to these games.

Many families are spending several thousand dollars a year in the off-season leagues, which consist of mostly games. Games are the least effective development tool and most expensive per minute for time on the ice.

Now let’s compare the average STP summer program or similar camp. For an average cost of $375-$500 the players get 30 hours of ice time, 60 hours of off-ice training and 3- 5 games at the end of the program.

Add to that lots of time for spring, fall and summer sports, and you have a happy and well-rounded youngster.

The best skilled players in the world today are coming mostly from Europe where they focus on fun and skill development at early ages. The league play, as we know it, does not even begin until the mid-teens.

We continue to ignore the facts that playing more games and practicing occasionally is self-defeating and a contradiction to what we say we want for our children.

So what should a youth player do in the off-season if he/she wants to improve?

1) Enjoy the rest of the season

2) Participate in other sports and activities in the off season

4) Play roller hockey with your friends.

5) Shoot 100 pucks a day at your home goal. Stickhandle on your own.

The off-season leagues are fun and are not necessarily detrimental to players unless they rely on them for skill development and replace the skill acquisition programs. It is then that you may be exchanging fun today for lack of success in the future.

Have a great off-season!