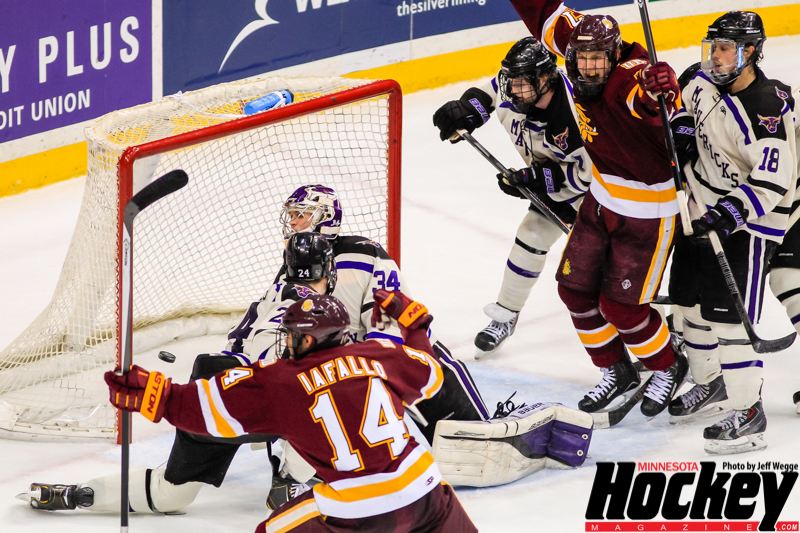 Scoring goals is the object of the game. To win requires scoring more goals than the other team. Most teams have only a few players who consistently score goals even at the professional levels.  It seems that the consensus is that some players have a special knack for scoring and the rest do not. Think of Danny Gare, Alex Ovechkin, Brett Hull, and Sydney Crosby just to name a few present and past NHL’rs.

Most players will not become prolific goal scorers but all can improve their results with attention to the things that will increase their scoring percentages.

There are some simple ideas that will help a player score more goals.

These are messages that coaches can reinforce on a daily basis with their players. At the higher levels of the game players can focus on a couple things to improve their scoring.

In Rachel Blount’s Nov. 27 StarTribune column she discusses the Wild’s leading scorer, Nino Niederreiter and his recent success scoring goals. “Part of [Niederreiter’s] success, he said, has come from a more aggressive mind set and his efforts to get better shooting angles,” says Blount who goes on to quote Niederreiter.

“I am trying to make sure goalies don’t see the puck when I get it off of my stick,” Niederreiter told Blount. “That’s how you score goals.”

Coaches need to allow time for players to learn the skills of shooting in pressure, off balance and through traffic. Small area drills that focus on lots of shooting and trying to learn the skill of scoring are one way to develop scoring skills. Additionally tracking shots attempted, shots on net and outcomes are a good start to help younger players focus on improvement.