Hockey passion is fueled by fun, not force 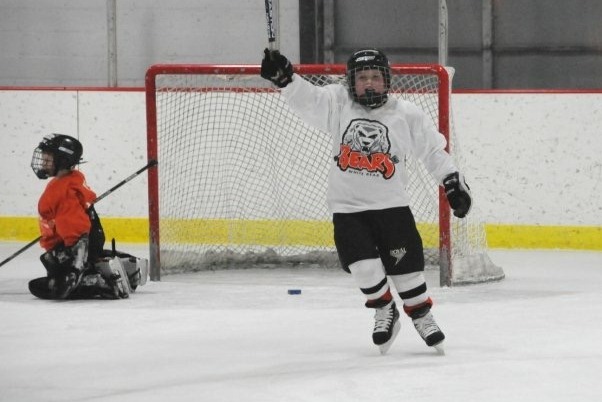 Hockey passion is fueled by fun, not force

“My son is a first year mite and he is crying and does not want to participate when I take him to the rink.”

“My daughter is a first year player and cannot skate as well as the other kids and does not pay attention to the coach.”

“My child keeps coming over to the edge of the rink door to talk to me during practice. What should I do?”

These are questions that parents ask and wonder how to handle. Not surprisingly, some kids take to hockey like a duck to water, but many kids will need to take time to develop a love and passion for the game. And some will not regardless of what the parents want.

As parents it is important to recognize that early year mite skaters are very young children and many are likely not ready to meet the expectations of parents or coaches. Since we start kids in some program as early as 4 years old, it would be foolish to have any expectations on their performance, interest levels, and skills.

The primary goal at these younger ages is to simply have fun and develop skating skills while they are engaged in activities that are suited to their views of the world. In other words simple play with pucks, balls, or other play objects that are familiar to them.

It is amazing to watch first year skaters improve each and every time they come to the rink just by being out there. Each week they improve, their confidence builds and before you know it they are actually skating around the rink having a great time.

But what if my child really is unhappy at the rink? Take the child home.

Forcing a youngster to go to the rink is not a good beginning. Many parents feel that if their child does not start at the same age as other kids it will be too late to catch up. That notion is fostered by other well‐meaning parents but the evidence shows that it is false and there are many examples that illustrate it.

I know of one particular college player who refused his father’s best intentions to have him play mite hockey. He wanted nothing to do with it. He cried and thrashed around on his first day of mites. He refused to participate.

He did not return to the rink to play, by his own decision, until four years later as a squirt. This youngster missed the first four years of hockey but he went on to play high school hockey, juniors and college hockey. He needed to decide that he wanted to play and once he did he caught up with his peers within a couple years.

There are many such examples of kids starting a few years later and catching up with the other kids very quickly. As a high school coach I have also witnessed several low skilled players dedicate themselves to improvement and ultimately achieved far more than one would think possible. Player development is a twenty year process.

As a parent it is important to understand that at any age, a child can developmentally be as many as four years older or four years younger than the average child for that age. A 12-year-old could have the physical and mental maturity of a 16 year old, and of course the opposite is true. Coaches will attest that at any age group some players are far more advanced than others.

Most kids will likely fall into the middle range and a few are outside the averages. The A levels in youth hockey are populated by players who developmentally are ahead of the rest of the kids in their group at that time period. As kids get older the differences narrow and very often the perennial “A” player gets passed up by players who took a couple more years to develop physically and mentally.

The first couple years of mite hockey should be all about having fun and developing a passion for games on ice. Parents need not worry about paying attention to coaches nor be concerned about children who do not want to be there.

Put yourself in their tiny skates or shoes and do the right thing. If they are miserable take them home. They will tell you when they want to return. If they love the experience take them more often. 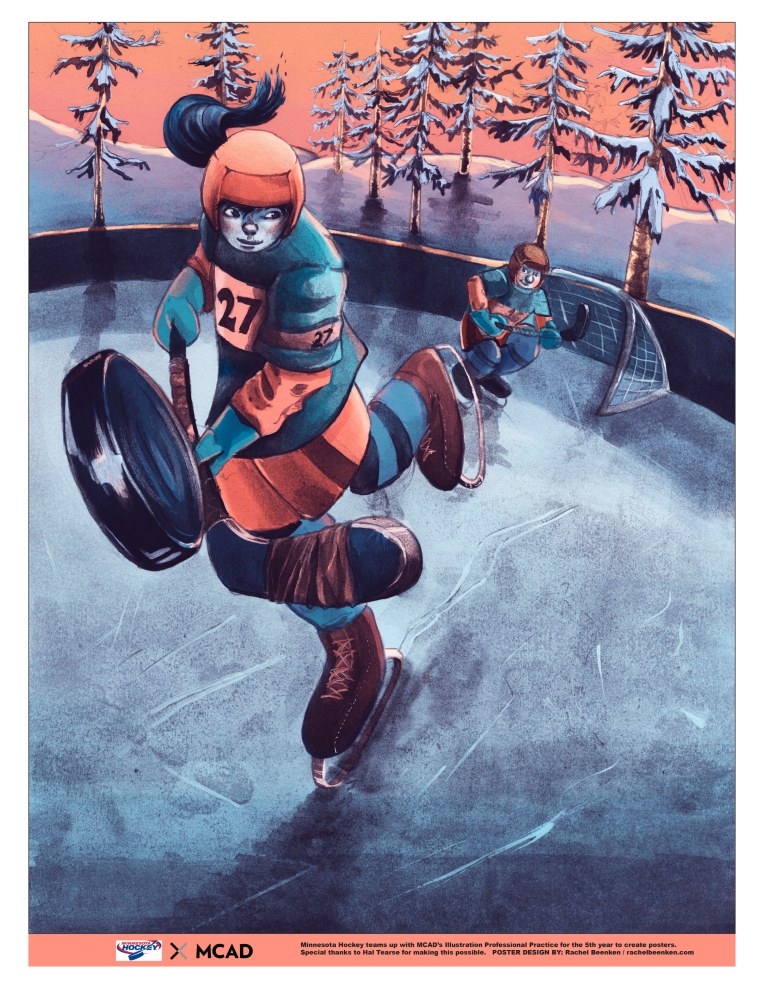 Illustration by Rachel Beenken – Minneapolis College of Art and Design