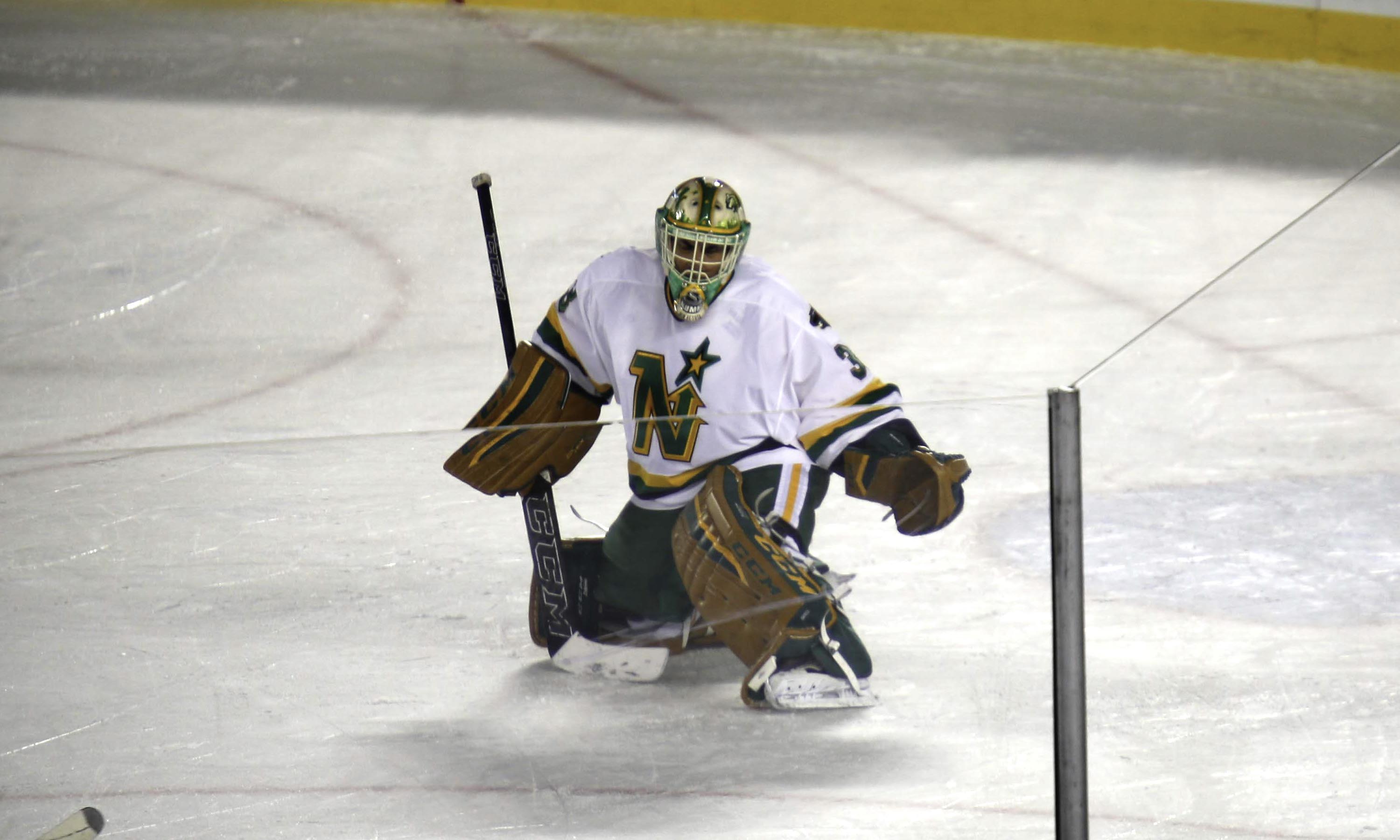 St. Paul — At every Minnesota Wild home game, a suit-clad young man sits anonymously in Xcel Energy Center’s Al Shaver Press Box waiting for his chance to play. He does so with the knowledge that if his skates ever touch the ice below the Wild are deep into crisis mode.

Such is the life of an NHL emergency backup goaltender.

All NHL teams are required to have one on hand and available to either team should both of its goalies become incapacitated due to illness or injury. They are players living a dream never thought possible who are, at the same time, relishing and dreading the opportunity to face NHL competition.

Connor Beaupre is one of those players and the Academy of Holy Angels assistant hockey coach was thrust into the position of serving as Wild goaltender Alex Stalock’s backup on Tuesday night when starter Devan Dubnyk left the game after stopping all 10 shots he faced in Minnesota’s 2-1 shootout win over Calgary.

The son of former Minnesota North Star goaltender Don Beaupre was dressed and ready to go over the final two periods as Stalock made 16 saves in relief through overtime and four of five Calgary shootout attempts. Suiting up was new to the 24-year-old Beaupre who, after spending a couple of games in the role last season, is now splitting games with one other player this season while working around his coaching schedule.

“You’re a little bit nervous going into it,” Beaupre said after the game standing in the Minnesota locker room. “But the more times you come and the more times you skate with the guys, you get more used to it and you’re not so nervous and it’s just another time you’re playing hockey.”

The 2012 Edina High School alum was hurt for much of his senior season when the Hornets won the state tournament that spring. He went on to Denver University and played club hockey before transferring to Minnesota to complete his degree. He has been playing in a couple of men’s leagues in addition to coaching in the years since.

Had he taken the ice, he would have done so in the equipment his father used representing the North Stars in the 2016 NHL Stadium Series Alumni Game against a team of former Chicago Blackhawks the day before the Wild and Chicago squared off at TCF Bank Stadium.

“I got the old hand-me-downs from him so, after he was done with them I took over,” Connor said.

The elder Beaupre, now 56, spent parts of his first nine NHL seasons playing goal for the Minnesota North Stars where he split time with Gilles Meloche in leading Minnesota to the 1981 Stanley Cup Final. Beaupre compiled a 268-277-75 record in 667 games with 17 shutouts  in a 17-year NHL career which also included stops with the Washington Capitals, Ottawa Senators, and the Toronto Maple Leafs.

Connor had a sense something was up with Dubnyk and was in the elevator heading down to the locker room as team officials frantically tried to reach him when they discovered his press box seat empty.

When Dubnyk did not return and news broke of Beaupre’s elevated status, his phone blew up with a barrage of text messages from former players and family friends.

“I just kind of ignored a lot of them right now and was texting my dad a little bit during the game,” Beaupre said, adding he got no real advice from from his father. “He just said, ‘Well, you better hope Al doesn’t go down or else you’ve got to go in there.’”