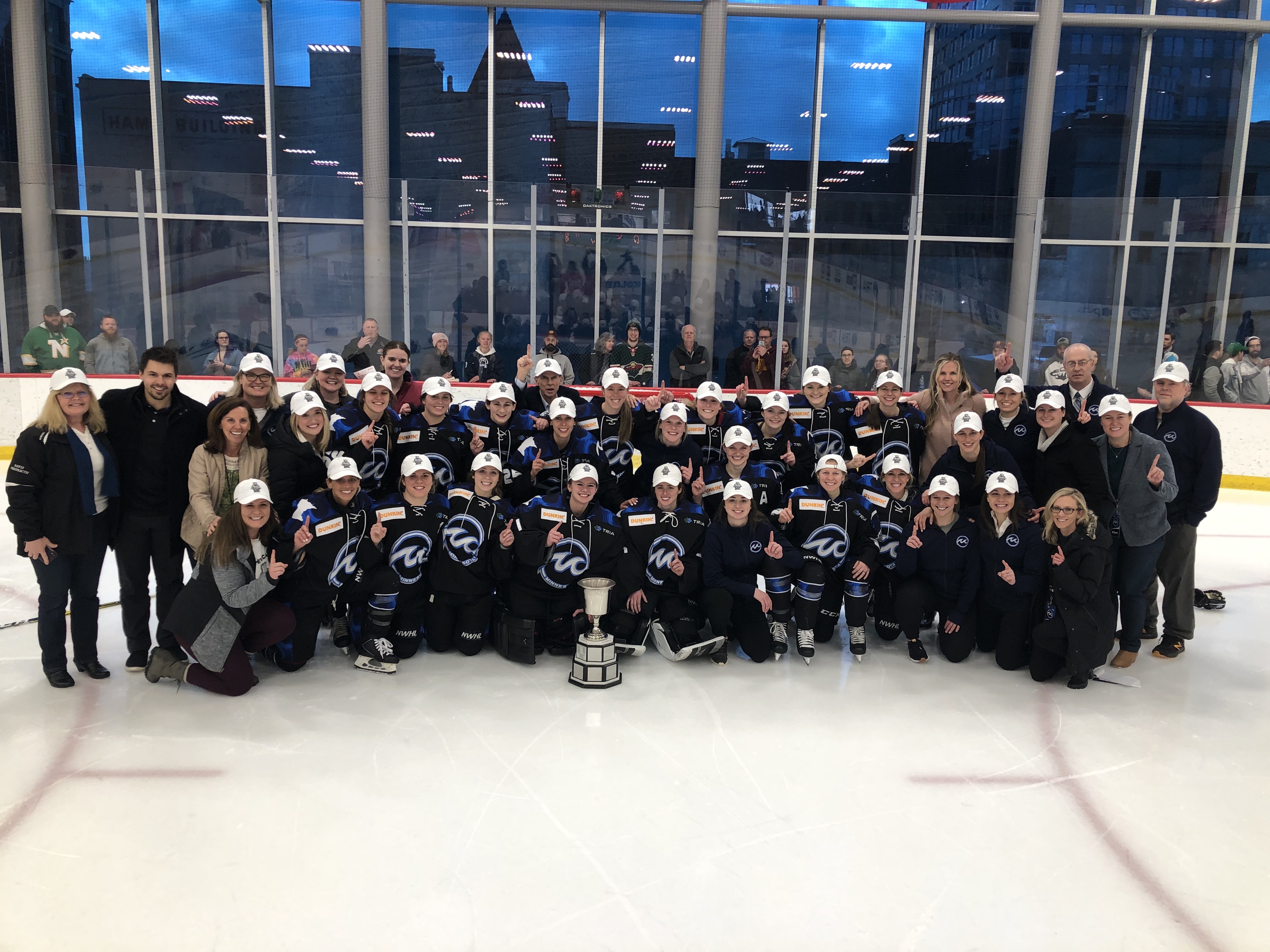 St. Paul — Minnesota Whitecaps’ fans who did not want to see the team’s inaugural National Women’s Hockey League (NWHL) season come to an end got their wish on Sunday afternoon at Tria Rink. Minnesota extended its season less than a minute, but just long enough for defenseman Lee Stecklein to score the biggest goal in franchise history to lift her team to a 2-1 win over the Buffalo Beauts and capture the Isobel Cup as NWHL champions.

Stecklein’s shot from the left point just 49 seconds into overtime eluded Buffalo goaltender Nicole Hensley and the celebration was on for Minnesota’s newest professional sports team. Stecklein, who was named Isobel Cup Playoffs MVP, admitted she was simply throwing a prayer at the net that got answered.

“Katie McGovern won that draw so clean and I knew that they were going to the net right away and I just needed to get it down there,” Stecklein said. “I don’t know if it hit people, whatever it was, but good things happen when when we have bodies in front of the net and that’s all we needed.” 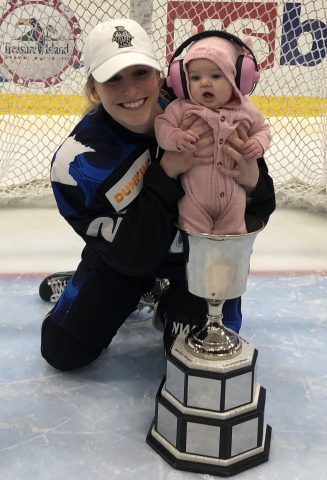 The two teams were locked into epic battle more than worthy of its championship stakes with the league’s fastest teams racing up and down the ice. Despite the wide-open appearance, however, shots were difficult to come by, particularly second-chance opportunities. Buffalo (11) and Minnesota (7) combined for 18 blocked shots but there was more to that story according to Minnesota coach Jack Brodt.

“They’d kind of get their stick on it or body or a shin pad or a helmet or whatever until they got something on the puck to deflect it,” Brodt said. “So you never got a lot of great scoring chances but there were a few and the goalies came through. Both goalies were terrific.”

Buffalo goaltender Nicole Hensley finished a stellar effort with 28 saves while Minnesota’s Amanda Leveille made 22 stops in taking a pounding from the net-crashing Beauts, especially in the third period.

“Nicole Hensley definitely kept their team in the game, making that breakaway save and then a couple of backdoor saves and a really nice glove save in the third period so she she had a phenomenal game,” Leveille said. “It was a really close game all game long and I think, honestly, that it was this was our best game as a team.”

Leveille admitted, however, that finding the puck in a game like this wasn’t always easy but raved about her teammates’ defensive effort.

“When I was telling them I couldn’t see it they would step up and block the puck or they’d box out the other team so my defense definitely helped me out there,” Leveille said. “But there were some times, I’m not going to lie, where the puck just hit me. But that’s that’s why you try to be in a good spot to cut down the angle and rely on your defense to block it or it to hit you.”

Buffalo got on the board first on Emily Pfalzer’s goal at 17:01 of the first period. Pfalzer’s shot from the inside edge of the right circle beat Leveille for the Buffalo native’s fourth goal of the season and second of the Isobel Cup playoffs.

But just 1:22 later, Minnesota’s Amy Menke answered with her fifth of the season to draw the Whitecaps even. Kendall Coyne-Schofield’s long, cross-ice pass from her own blue line found Menke in stride behind the Beauts’ defense and she beat Hensley with a great short-side snipe over her left shoulder.

The momentum reversal Menke’s goal provided proved to be critical to Minnesota’s success.

“I think it was huge to not go into the locker room after the first down one so I think that was just a good motivator for the girls knowing that we tied it back up,” Menke said. “A blind squirrel finds a nut every once in a while so I’m glad I got it.”

The Whitecaps had an opportunity to end it late in regulation when Buffalo’s Kelly Babstock was sent off for tripping with 3:41 remaining. But Hensley simultaneously wowed and disappointed the capacity crowd with just 1:58 to go by denying Amanda Boulier’s power-play blast with a lightning quick glove to preserve the tie.

The save would only delay the inevitable as Stecklein’s goal would soon prove and provide a storybook ending to a storybook first NWHL season.

“I’m really proud of this group, the program in general,” Stecklein said. “They worked so hard to get the team here and to get it in a professional league and we knew that wasn’t enough and we wanted to win it all. Every person on this team has worked so hard. It takes a lot of extra to put in the amount of work that we put in so I’m really excited. This team deserved it.”