Nate Schmidt’s play, enthusiasm are making him a favorite in Washington 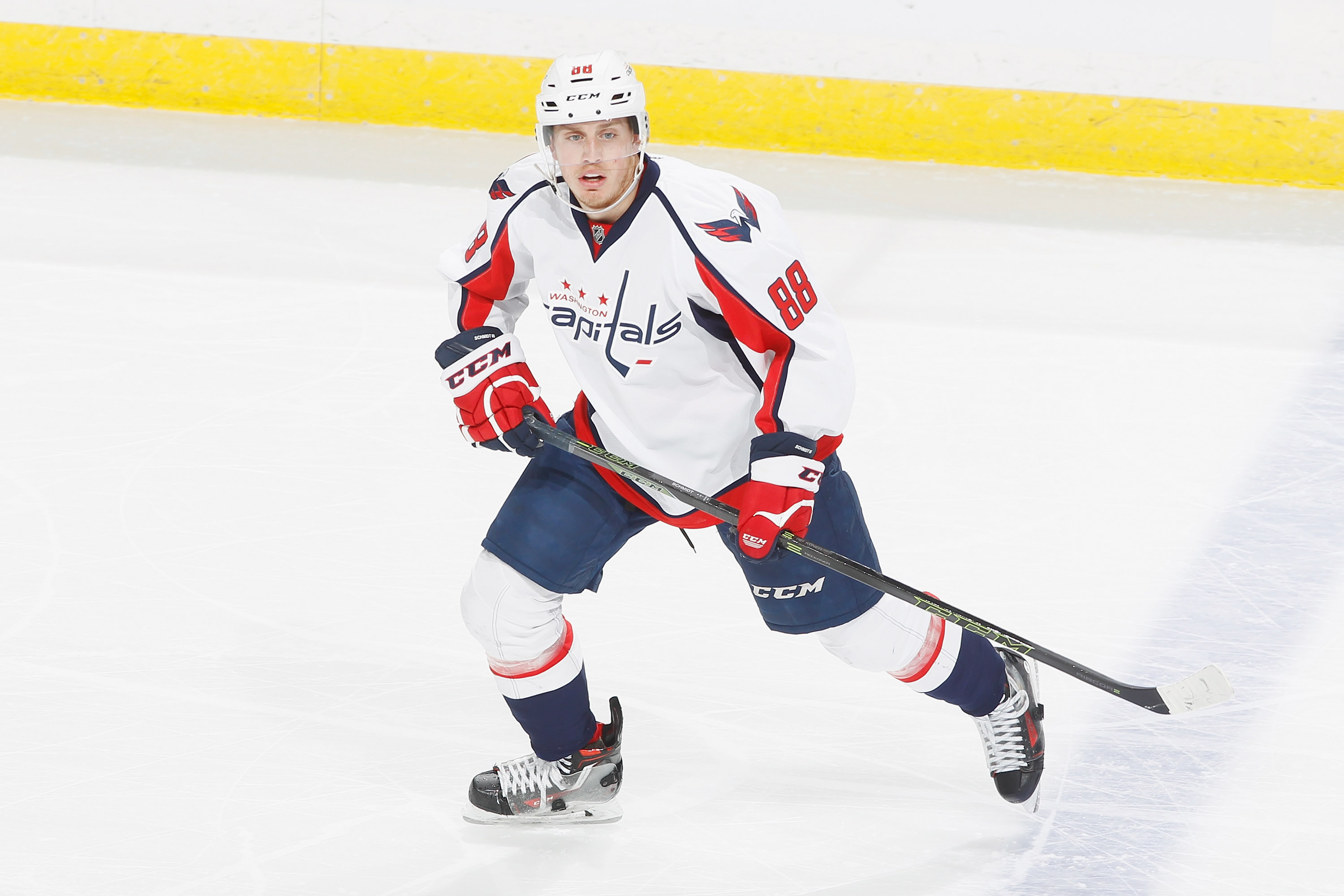 What does a visiting NHL player do when he has a free night in St. Paul? He goes to Lake Calhoun, of course.

That’s what Washington Capitals defenseman Nate Schmidt did anyway the night before the Wild hosted the Caps at Xcel Energy Center on Thursday night.

The St. Cloud native, and Cathedral grad, who registered 72 points (12g, 62a) in 96 games with University of Minnesota from 2010-13, took advantage of the opportunity to head to a cousin’s home for a rare in-season gathering with his parents, brother and extended family members.

“Ordered some sushi and it was really fun,” Schmidt said. “It’s good to see some of them again.”

But on Thursday night Schmidt was back at work for his Capital City employer.

The homecoming was a successful one for Schmidt and fellow Minnesota-tied Caps players Matt Niskanen, T.J. Oshie and Taylor Chorney as the league’s best team edged the Wild 4-3 behind Alex Ovechkin’s 14th career hat trick.

Although he didn’t register a point in the game, Schmidt came out of the gate with a little extra jump in his step and for good reason.

“You get back to playing in front of friends and family, people that supported you throughout your career so far, I think is great,” Schmidt said as defensive partner John Carlson lobbed tape balls at him over the media surrounding him. “I was just feeling it, I guess.”

Minnesota dropped its seventh in a row and has now lost 12 of its last 13. Schmidt, who is no stranger to many in the Wild dressing room, including former teammates Erik Haula and Mike Reilly, said the home team’s effort was certainly there on Thursday.

“There’s a lot of things going on with them, and it’s tough given their stretch here, but they were flying,” Schmidt said. “I just think that we were pretty relentless in the offensive zone and that’s tough when our guys get going.”

With the win, the Capitals become the first team in the NHL to reach the 40-win plateau and currently have an eight-point lead over Chicago in the chase for the President’s Trophy.

“We have a lot of good character guys off the ice, that really helps us on the ice,” Schmidt said. “We have a team with a lot of skill and when we play fast, play our game, we can play a lot of different styles and it’s kind of helping us move forward and be one of the teams in the league to beat right now.”

Schmidt, in his first full season in Washington after two years bouncing between the AHL’s Hershey Bears and the big club, is both benefiting from and contributing to the Capitals’ rise. Ovechkin, for one, was adamant about one notable quality Schmidt brings to the Caps.

“His energy level is unbelievable,” Ovechkin said. “We just think he’s energy and he gives us energy.”

In 68 NHL games over the past two seasons, Schmidt tallied 10 points on three goals and seven assists and was a plus-2 plus/minus rating. In 48 games this season, Schmidt has already eclipsed that, racking up two goals and 10 assists from the Washington blue line and is a plus-13.

“I think it just comes down to great teammates, great guys in the locker room which really help me out,” Schmidt said. “And then playing with (defensive partner) John Carlson really helps. He’s been kind of the rock back there for a long time on our D and I think that he’s really helped me along.”

“He really highlighted what he wanted from me at the beginning of the year and to be able to follow that path through the first couple weeks of the season, which was a little difficult,” Schmidt said. “But we really kind of got down to it.”

Trotz said Schmidt has taken full advantage of the opportunity presented to him, particularly in his tenure behind the Caps’ bench.

“He’s done a really good job of transforming himself into a National Hockey League player and it started, I think, with the conditioning,” Trotz said. “I think that was a little bit of an issue from what I heard before I got here. He picked that up and it’s not a problem now at all and he’s a dynamic skater.”

Schmidt underwent a similar transformation in college after appearing in just 13 games for Minnesota as a freshman. He patiently bided his time and committed himself in the offseason before a breakout sophomore season. He scored three goals but his 38 assists were good for third overall in the nation as he anchored the blueline for a Gopher team that made it to the Frozen Four in 2012.

He signed with Washington as a free-agent in the spring of 2013 after after a junior season at Minnesota in which he registered 32 points (nine goals, 23 assists) and was named to the All-WCHA First Team and AHCA West Second-Team All-American.  Schmidt helped lead the Gophers to their second consecutive MacNaughton Cup as Western Collegiate Hockey Association (WCHA) regular-season champions, topping all WCHA defensemen in scoring along the way.

Schmidt said he signed with the Capitals because of the familiarity he developed with the team and and the good relationships he had with a couple of its scouts after participating in Washington’s summer developmental camp.

“They said, ’Hey, if you continue to progress, and there’s nothing guaranteed in this game, this is where we project you to be in a couple years,’” Schmidt said. “Lo and behold, they were right.”

The beneficiary of that accurate forecast is Trotz, who notes Schmidt is a favorite among his teammates.

“He brings an enormous amount of energy which I think is contagious,” Trotz said. “He always has a smile on his face. He can talk a million miles an hour but he enjoys what he does and I think that’s contagious.”

With the Capitals seemingly running away from the field, Schmidt was asked if the team’s motivation might slip at some point as the regular season drags on. But Schmidt said the team’s competitive nature won’t allow it.

“You want to see how high you can get,” Schmidt said. I think that’s what it really comes down to. What heights can you reach as a team? And just try and get there and try and surpass it. There really isn’t an end goal, I guess, in the regular season, there’s only one at the end of the year.”

Editor’s note: A previous version of this story listed Lake Elmo as the site of the Schmidt family gathering rather than Lake Calhoun.