The NCHC ~ Looking Ahead to Exciting New Beginnings 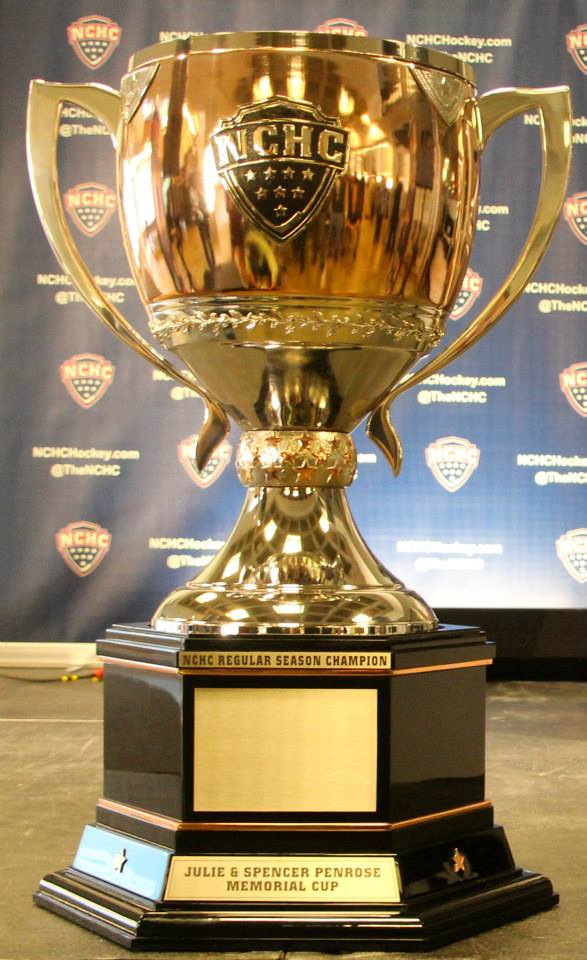 To people casually walking by on Target Center’s Sky Walk level on Thursday the NCHC Media Day probably appeared to be just like every other press day held at the venue throughout any given sports season; but it wasn’t. With time comes change, or as NCHC commissioner Josh Fenton stated in his state of the conference address, “transition.” With transition comes the need for new beginnings and as such, inaugural events. No, this wasn’t just an annual press conference; this was the inaugural National Collegiate Hockey Conference Media Day.

As reporters and communications professionals sat and interviewed players and coaches from all eight members of the NCHC it became quickly apparent that the new conference was not only being accepted, but welcomed with open arms by the institutions involved.

Says head coach Dave Hakstol of the University of North Dakota in reference to the new conferences, “I’m excited about it; it’s been a lot of hard work. There’s a major shift in college hockey and there has been in the last few months and we’re now moving to something new and it’s time to look forward to that.”

While coach Hakstol looks forward to the new conference not everyone has bought off on the change quite yet and some fans have voiced their concerns over how the changes affect their favorite teams. Minnesota-Duluth coach Scott Sandelin weighed in on the subject and said, in time, fans will adjust to the new league.

“I’ve heard the grumblings too, but as Northerners we don’t really like change – I know that from being a Hibbing guy – but in the long run people will appreciate it. When we had the WCHA and we went to 10 and 12 teams we weren’t seeing many of those teams just because of the league being bigger and now we have five of those teams that we are familiar with and two quality teams we’re bringing in that people will appreciate.”

Denver head coach Jim Montgomery had nothing but positive things to say about the new NCHC and mirrored the other coaches in attendance, saying, “I think it’s great (the NCHC), I think our commissioner Josh Fenton is outstanding and I think he has the energy and the intelligence to take our conference to great heights. I think that within the conference we have great depth and strength and our conference is going to be so tough to get out of that it’s going to make you battle tested when you come to the NCAA tournament.”

Make no mistake, there is tough competition within the NCHC and every coach and player involved is ready to make an impression. St. Cloud State Senior Nik Dowd hopes to pick up where the team left off last season regardless of the conference change.

“In the short term I think we want to pick up as a team where we left off last year,” Dowd said. “We had a pretty successful program; obviously the goal is to get back to where we started, which is kind of a long term goal, but in order to do that you have to be successful in the short term.”

For Miami U Captain Austin Czarnik it’s all about getting the team together to find a balance and get the season rolling in a positive direction. “We ended up staying in town for six weeks over the summer and that really helps with the chemistry,” Czarnik said. “Some of our freshmen came in just to get to know us. I think every this year is really excited and is really gelling together. I think they’ve built the program well and they’ve recruited the right kids and that’s the biggest thing.”

At the end of the day as the coaches and players prepared for their journeys home, NCHC commissioner Josh Fenton gave his state of the conference speech. He highlighted multiple aspects including: a competition for fans to help name the championship (fans can submit their ideas on the NCHC facebook and twitter by using #NCHCchamp prior to October 10, 2013), using technology to interface with fans including a new mobile app being released soon, and noted the importance of vision trainings for the league’s officials among many other things. You can check out the full address by clicking HERE.

Commissioner Fenton announced the NCHC coach of the year would be awarded the Herb Brooks Award. Herb’s son Dan was in attendance and commented, “If you describe my dad, not only his livelihood but the way he conducted his life, he was a coach. He loved to lead, he loved to influence and he loved to coach. To be associated with this great league is an honor.”

The commissioner also announced that the NCHC championship team would annually be awarded the Julie and Spencer Penrose Memorial Cup. Throughout his address and every interview he gave, Fenton consistently expressed a common theme for the conference to, “Form new relationships while honoring history.”

A goal the NCHC, thus far, has not only achieved, but surpassed.

**Stay tuned for an in depth one-on-one interview with Commissioner Josh Fenton and a collection of quotes from throughout the NCHC Media Day! Also, follow the author @AmySnow17 on twitter for more NCHC (@theNCHC) and hockey news as well as our main twitter handle @MNHockeyMag for hockey from every angle!**