There’s only one Hockeytown USA, and it’s not in Michigan 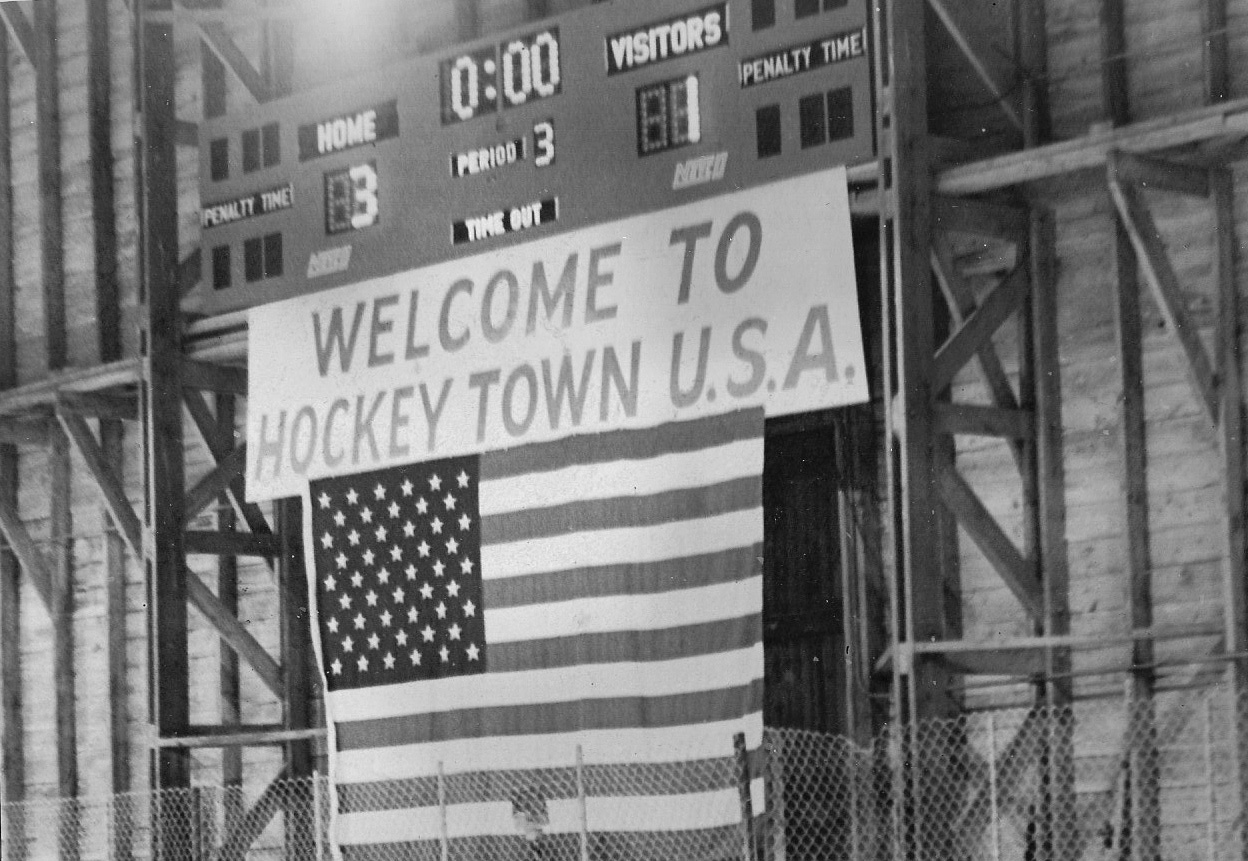 There’s only one Hockeytown USA, and it’s not in Michigan

One of my favorite stories from our family’s history comes during World War II, when my maternal grandparents – Julius and Phyllis Anderson – left their jewelry store and hair salon behind, and moved from Warroad to Detroit for a time. There were very few cars rolling off the assembly lines in the Motor City those days, with the carmakers converting their factories to assist the war effort. My grandparents, a few years before my mother was born in 1945, helped make bombers and other instruments of war. When I hear about the stereotypical “Rosie the Riveter,” I think of my grandmother.

My grandparents moved back to Warroad and started a family, with my grandfather serving as the town’s mayor for several years. When I would visit with them during my childhood in Warroad, and hear stories of their work during World War II, I recall tales of the buzzing, noisy factories, and the incessant traffic on Woodward Avenue, in the heart of Detroit. 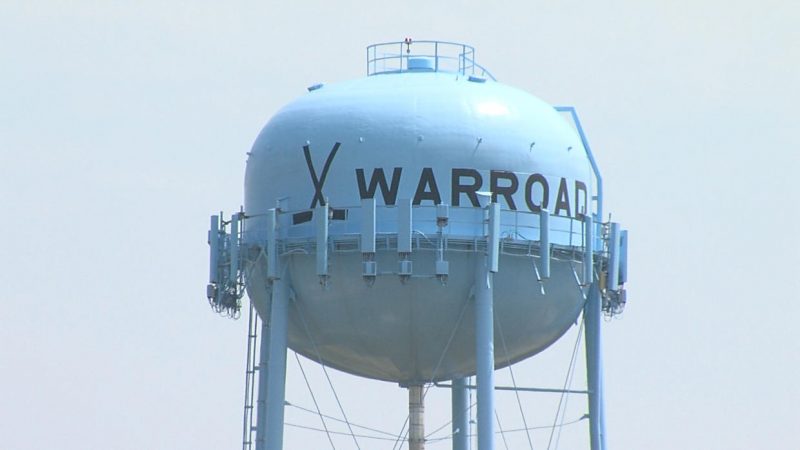 Oddly, never once did I hear them talk about the hockey culture there, or hear Detroit referred to as “Hockeytown.” That’s not Detroit. Hockeyotwn USA is where I lived.

Nobody thought much about the nickname “Hockeytown USA” which was bestowed upon Warroad in the 1950s, when boys from our town first began winning Olympic hockey medals. It fit. It made sense. This tiny hamlet, hard by Lake of the Woods, was and remains the cradle of American hockey. The game is in your blood from birth. You grow up dreaming of playing in the NHL, to be sure, but your first goal is to wear not a pro sweater, but a Warroad sweater. And the first time you pull that black and gold jersey of the Warroad Warriors over your head – even if it’s just to sit the bench during a JV game with a few dozen parents and younger siblings in attendance – it sticks with you.

As I kid in the early 1980s, I played goalie in the net on the east end of the since-demolished Memorial Arena, beneath the scoreboard, and the massive sign below the scoreboard which read “Welcome to Hockeytown USA” in bright red letters. Nobody questioned those credentials. There was never a reason to do so. Warroad was a capital of American hockey, with the numbers and banners to back it up. While some rinks hosted birthday parties and figure skating competitions, ours held a welcome home ceremony for Dave Christian, where he could show off the gold medal he won in Lake Placid – the third gold medal our town got to claim – and sign a contract with the Winnipeg Jets, right there at center ice.

In the late 1980s, the first notable attempt at nickname theft happened, with St. Paul emblazoning the streetlights around the old Civic Center with banners declaring Minnesota’s capital city as “Hockeytown.” It was met with a strong rebuke immediately, from Minnesota Governor Rudy Perpich among others, noting that Warroad is, was, and will always be the true Hockeytown USA. To their credit, the St. Paul folks backed off. The banners came down, and when they went back up they proclaimed St. Paul as “Minnesota’s Hockey Capital.” We can live with that.

We knew about the Detroit Red Wings, of course. After bringing his Olympic silver medal home to Warroad in 1972, Henry Boucha played there for a time. The Wings shared a division with the Minnesota North Stars, so we got to see lots of games from Detroit. They were awful. The Dead Things was their accepted nickname at the time. We thought very little of them, rightfully. There was no talk about Detroit as a center of hockey in America. In the 1980s, the city was a poster child for urban blight, with high crime and an American auto industry struggling to survive. Watch Michael Moore’s first documentary “Roger and Me” sometime, for a frank look at how bad things got in Michigan at that time.

Now, please know, I am not a Detroit basher. It’s a great American city. It’s a good sports town, with passion for the local teams running high. It’s an architectural marvel, and when one visits and envisions what it was like in the heyday of American car manufacturing, one can see why it was called “the Paris of the Midwest.” It’s fun to see the city bounce back from the depths of urban decay and see projects like Little Caesar’s Arena signal the on-going resurgence of Detroit. I really enjoy some of Eminem’s music (if the mood is right) and some of the Motown artists (Stevie Wonder, the Temptations, Marvin Gaye, etc.) are cornerstones of American music. I love a good Detroit-style deep dish pizza, and National Coney Island (with 20 locations in Metro Detroit) is one of the great American junk food stops. I even drive a Ford, so in a small way I feel I’m a supporter.

There was understandable giddiness in the early 1990s, when the Red Wings got good again. Through smart drafting and development of players, and even smarter importing of some of the top talent made available by the breakup of the Soviet Union’s sports machine, the team was a contender for the first time since Gordie Howe was the marquee attraction. It was a good story when amid all of the rough economic news, the Wings brought the Stanley Cup back to the city in 1997, and three more times in the modern era. But in all of that hype and happiness, someone decided to take it a step too far.

Signs proclaiming Detroit as “Hockeytown” started to appear in the late 1990s – a full 40 years after the name had rightfully landed in eastern Roseau County. They put the name at center ice of Joe Louis Arena. They opened up a sports bar called the Hockeytown Café in downtown Detroit. If you email a Red Wings employee, the address is “jsmith@hockeytown.com.”

Um, hey, Michiganders, we have a problem here.

On a spring day in the late 1990s, the afternoon hosts of a sports talk show in Detroit called up Warroad mayor Bob Marvin, to talk about the co-claims on the Hockeytown nickname. If one expected a respectful discussion of how we got here, they were let down. Warroad, its people and its hockey history were the butt of several condescending comments, with the jockeys asking Marvin why the city hadn’t copyrighted the name years ago (“Has Detroit copyrighted ‘Motown’ or ‘Motor City?’” was his rhetorical response), and demanding that everyone in Warroad cheer for the Red Wings in the forthcoming playoffs and hold a big celebration “when the Wings win the Cup.” Added one of the commenters, with a definite air of sarcasm, the celebration “…will probably involve a trip to the Dairy Queen.”

So here we sit, with two communities uneasily sharing the same nickname. One of them is due to history, tradition and on-ice success. And one of them due to a deep-pocketed advertising campaign funded by a family of pizza makers.

In advance of the 2014 Winter Olympics, the CBS show 60 Minutes sent a crew to Warroad to do a story about this small town’s hockey culture (the New York Times had been there a few weeks earlier). I recall sending a note to a friend who runs the local Chevy dealership – one of the first businesses you see when you enter town from the west – imploring him to put up a sign that read “Welcome to Motor City” in advance of the TV crew’s arrival He didn’t do it, apparently not sharing my sarcastic sense of humor.

Really there was no need. When you come to Warroad from east or west, you see the water tower emblazoned with hockey sticks, and you see an even bigger sign that leaves no doubt about where you are.

Jess Myers covers pro and college hockey for The Sports Xchange, The Athletic and 1500 ESPN Twin Cities. He is a proud graduate of Warroad High School.

Jess Myers covers pro and college hockey for The Sports Xchange, The Athletic and 1500 ESPN Twin Cities. He is a proud graduate of Warroad High School.