This One’s for the Girls 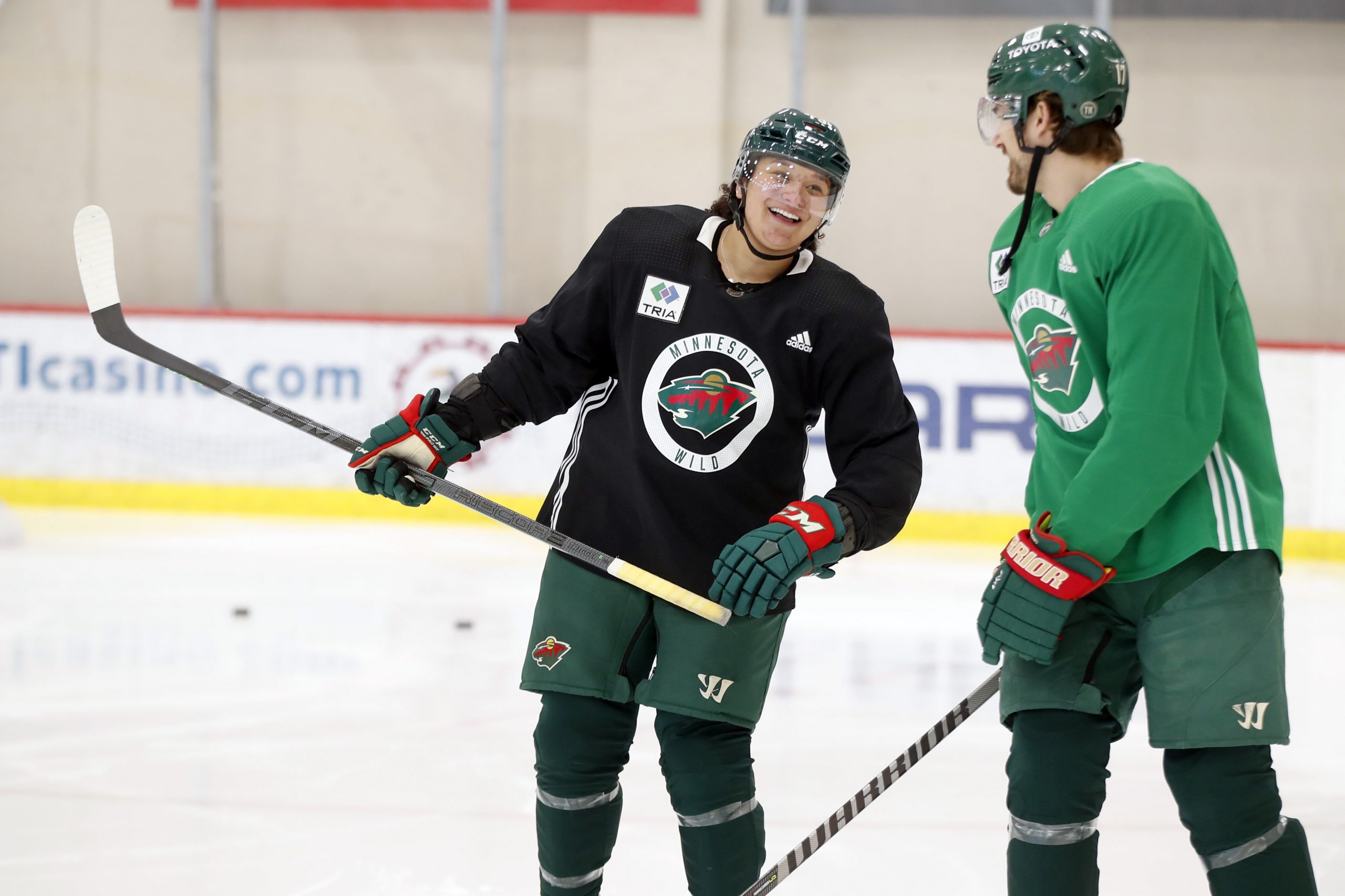 SAINT PAUL — It looked like a typical Minnesota Wild practice. Sure, Kirill Kaprizov and goaltender Cam Talbot weren’t on the ice, but otherwise, it was business as usual. Had someone not known that Gopher women’s hockey player Crystalyn Hengler was on the ice to kick off the Minnesota Wild’s fifth annual Girls’ Hockey Weekend, the only clue might have been the curly ponytail flowing down the back of her jersey.

“She didn’t stick out,” said Natalie Darwitz, Gophers women’s hockey assistant coach who watched the practice. “She fit right in and looked like one of the guys. It’s a huge compliment to Crystalyn.” 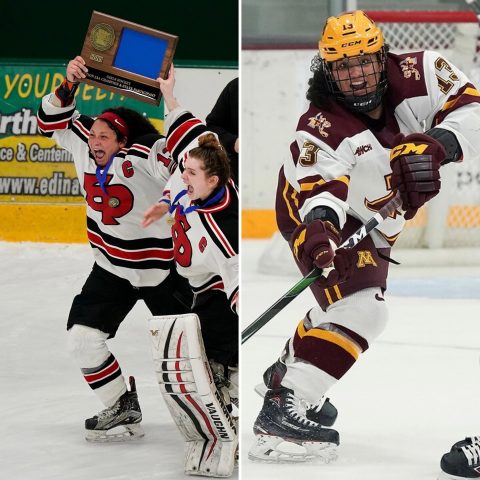 Crystalyn Hengler celebrating a Section 2AA title with Eden Prairie in 2018 and in her current role on the Gopher blue line. (MHM Photos / Rick Olson)

Hengler kicked off the weekend as the female hockey player invited to skate with the Minnesota Wild during the team’s practice Friday morning at TRIA Rink. She got in on some of the early drills with the Wild.

“It was an awesome experience,” Hengler said. “They’re really fast-paced. They’re bigger than I thought they would be when watching them on TV.”

She talked a lot with Wild assistant coach Bob Woods about various drills the Wild runs during practice. Woods talked to her about things he wants the defensive corps to work on, Hengler said.

“That was actually really helpful,” Hengler said. “I can bring some stuff back to college with me and share those things with my teammates.”

The Gophers women’s hockey team is 14-5-1 overall this season, with Hengler a staple on the blue line. She has two goals and seven points in the 20 games, and 10 goals, 32 points in 112 career games at Minnesota. She had a pair of assists in the team’s last victory, a 2-1 score over Minnesota-Duluth on Dec. 11.

Hengler is an offensive defenseman going back to her five years with Eden Prairie High School when the 2018 Minnesota Ms. Hockey semifinalist scored 27 goals and 108 points in 147 career games. She helped lead the team to state multiple times, including to a Class 2A state title in 2016.

She brings a super skillset to the Gophers blueline, with a quick-release shot to get pucks to the net efficiently, Darwitz said.

“Off the ice, she’s just a super character person,” Darwitz said. “Does things the right way, is a great teammate. Just a joy to coach.”

One Wild player Hengler particularly connected with Friday was defenseman Matt Dumba. Hengler said Dumba asked about her ethnicity, and the two had a perfect vantage point to see all the young girls from Minnesota Unbounded watching in the stands.

“I think it was pretty cool when you’re sitting with another person of color on the bench looking out into the stands full of color, different shades, faces, races,” Dumba said. “It’s sometimes a real lonely feeling being in a hockey world, being different. To see that gave me a smile and warmed my heart to see these girls here today.” 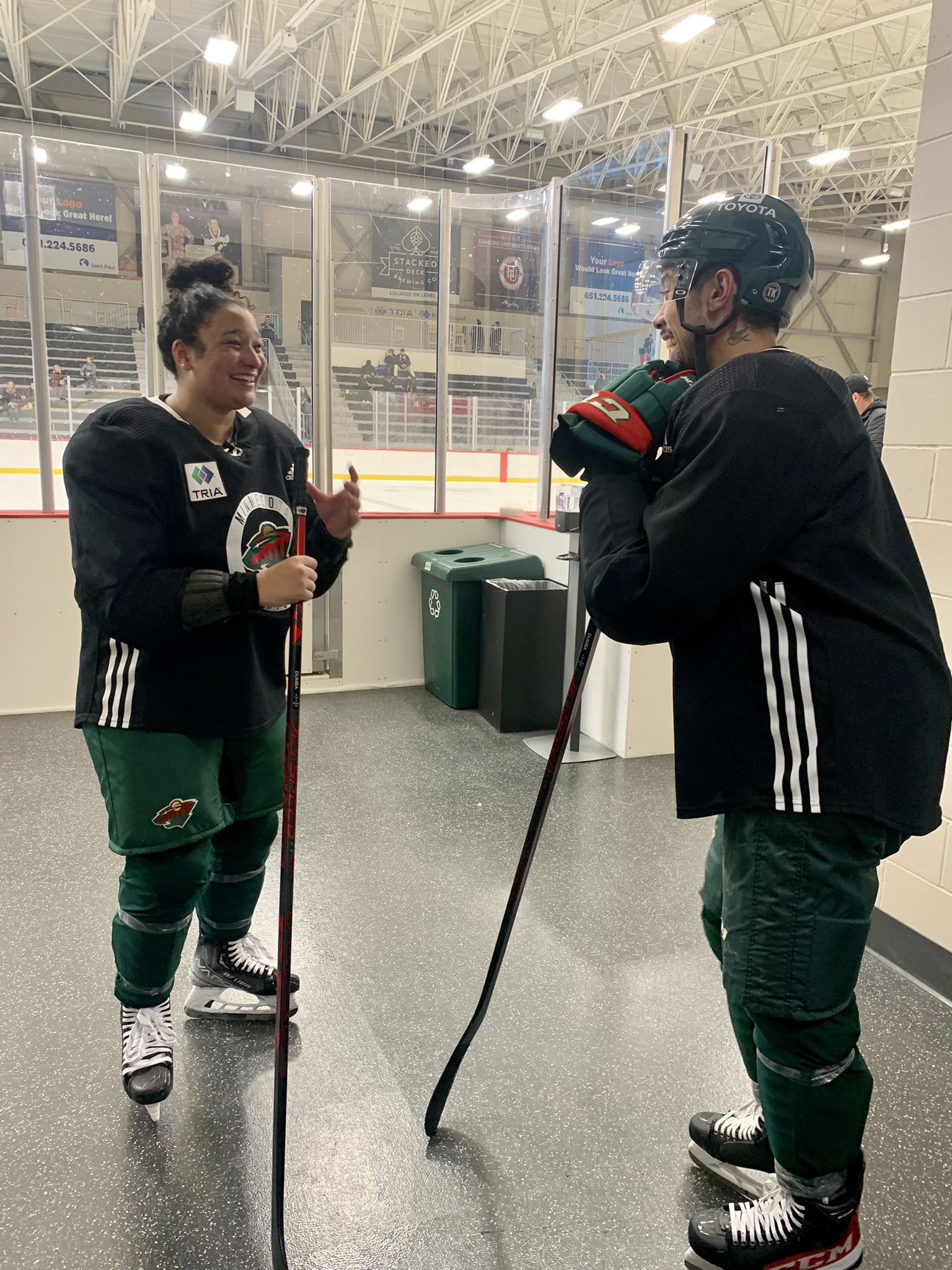 Friday, Hengler had a lot of support in the stands and along the glass from many of her Gophers teammates, three of her coaches, her mom and her brother. One of those coaches was Darwitz.

Hengler was also supposed to make the “Let’s Play Hockey!” call before the Florida Panthers versus Minnesota Wild game Saturday afternoon, but that game was postponed due to Covid-19 safety protocols issues involving the Panthers. The plan is to have Hengler make the call, along with holding the other Girls’ Hockey Weekend activities, whenever the make-up game gets scheduled.

The Girls’ Hockey Weekend clinics for girls’ hockey players went on as scheduled Friday night and Saturday afternoon (moved up after the postponed Wild game) at Xcel Energy Center. About 50 girls each for the 8U, 10U and 12U levels participated in on-ice clinics and dryland training led by Minnesota Hockey personnel, and Minnesota Whitecaps and WCHA players.

Thirteen Gophers women’s players helped with the clinics Friday night alone, Darwitz said. They volunteered “without batting an eye,” and during their finals week, too, she said. It didn’t take much prodding from Darwitz.

“I said to our team, ‘hey, you have no idea that little eyes that are on you,’” Darwitz said. “’Male, female, it doesn’t matter. They want to emulate you and be wearing the same sweater you are and do the same moves you are doing.

“’Getting out there in the public eye and doing these camps and clinics, not only is it going to do so much for you, it’s going to do now triple for the game and those little girls.’”

Hengler is the fifth player from the Gophers women’s hockey program to skate with the Wild, though she’s the first one to participate while still a collegiate player. Krissy Wendell skated in 2017, followed by Hannah Brandt in 2018 and Lee Stecklein in 2019.

Darwitz was retired when asked to be part of the inaugural Girls’ Hockey Weekend in 2016.

“I told Wayne Petersen of the Wild that I was able to set the bar low for everybody else,” Darwitz joked. 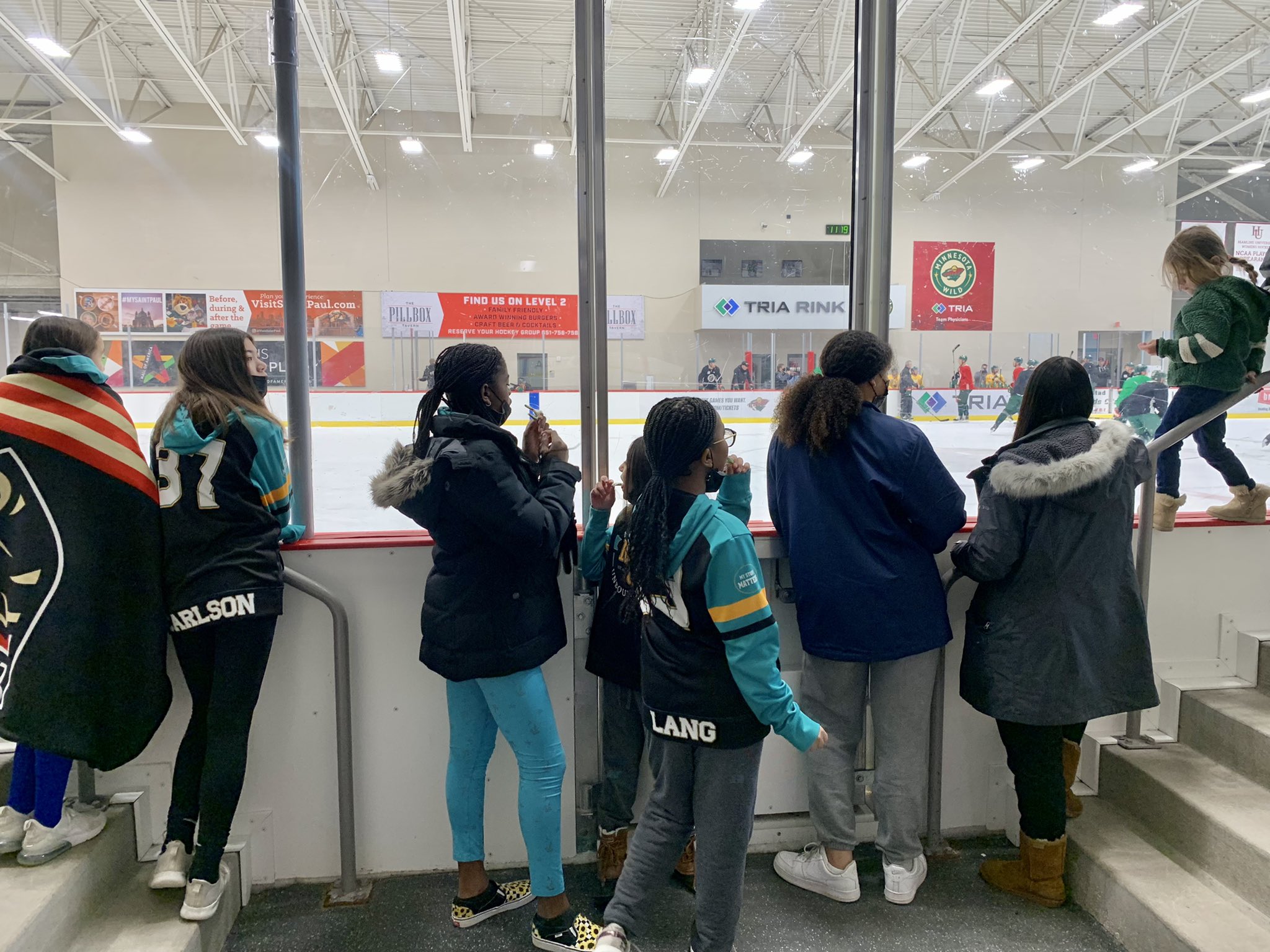 Watching Hengler brought back memories of that weekend for Darwitz. It all comes back to growing the game, and both Darwitz and Hengler acknowledged how great it is that the Wild put together a weekend like this, since few organizations do. Having Hengler skate with the Wild is a way to help grow the game, too. It’s all about having role models to look up to and someone to emulate on the ice, Darwitz said, adding that for her it was Neal Broten until Cammi Granato came along.

“Now the same for people of color or different backgrounds,” Darwitz said. “They see Crystalyn out there and think, ‘you know, I can do this, too.’ So I think that’s pretty special.”

“I’ve grown some lifelong friends through the sport throughout my time playing it,” Hengler said. “Just have fun with it. Don’t be too serious, especially at a young age. Just find the little things that make you happy when you play.”