Time for NHL Olympians To Go? 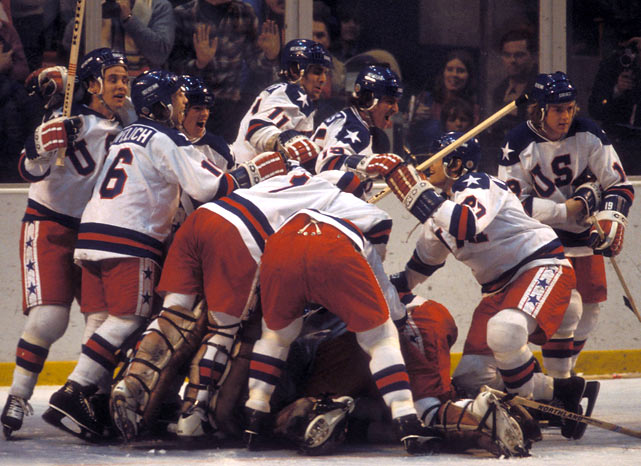 It’s time to bring back the kids.

I had an amazing time covering the Olympics for KARE 11 this month. It was VERY busy (hence the lack of articles) but it was a lot of fun. As I sit here on my final night in my hotel room overlooking the beautiful Olympic Park, I realize that something has to change: It’s time to bring amateurs back to the men’s Olympic hockey tournament. Now, you might read that sentence and think I am crazy or you may agree, either way hear me out.

This is not about a lack of effort or caring on the part of NHLers. I very much believe that everyone on Team USA wanted to win a Gold medal. In talking to Zach Parise and Ryan Suter before the games, this was very evident. They were fired up about the 2010 games and in chatting with them before the games here in Sochi, they had a possible rematch with Canada on their mind.

However when they lost to Canada in that rematch of the 2010 Olympic Gold medal game, not everyone was on board for the Bronze medal game against Finland. Instead I think some were already mentally on board their flight for the United States. It didn’t take too many postgame interviews to confirm what we’d already suspected, that not everyone brought their ‘A’ game for this one.

But I can’t really blame there guys. In the NHL it’s a win OR lose mentality. There is no in between. There is no second and third place in the race for the Stanley Cup; you don’t get the Stanley “Mug” or the Stanley “Shot Glass”. These guys are wired to win and that is it. So when they lost the opportunity to win the ultimate prize of the Olympic Games, they gave up. Kind of like what you’d expect a loser’s bracket to look like in the NHL playoffs. Could you see players risking injury for that? I can’t. And that doesn’t mean they don’t have pride in their country, it means they have to think about their day job too.

Speaking of injuries, that was a major issue in these games. New York Islanders star John Tavares is gone for the year after suffering a torn MCL in the game versus Latvia. Detroit’s Henrik Zetterberg had to withdraw from the Olympics during the preliminary rounds because of a herniated disc—while it the injury didn’t occur here, playing certainly didn’t make it better.

Imagine that you’re a NHL General Manager and your best players are leaving your team to go play for another one risking injury in a friendly, battle between countries. You be worried about your investment. If you had a Ferrari, would you let the kid down the street drive it up and down the street? NO! Please don’t get me wrong, I love the Olympics they are a time honored tradition in our world where everything else is forgotten for a few weeks and we all get together and play games—it’s fantastic. But if I am a GM of a hockey team and I am seeing other teams star players getting hurt, I’m beginning to get a little nervous that someday it will be my star getting hurt and I am paying A LOT of money for him.

The other thing that convinces me that it’s time, is our extreme interest in all of the other sports that actually use amateur athletes. We fall in love with these Olympic stars. Mainly because we don’t see them play all of the time. They are new and different which we find very cool and intriguing. My good buddy John Shuster, skip of this year’s US Curling team, is like a rock star during February. Why? Because curling is different and for most folks it’s something that they only watch every four years. So when it rolls around, it’s new and fun again. How many guys on the US Olympic hockey team are close personal friends with San Francisco 49er’s Tight End Vernon Davis. My friend Chris Plys (an alternate on the US Men’s Curling team in 2010) is. Because Vernon thinks curling is cool. How many of us cheered and cried with the US Women’s team as their dreams came so close to reality (darn you Canada)? Part of the allure of the Olympics is the fact that these are regular people – who work or go to school every day just like you and me – who have committed themselves to doing extraordinary things and most of them they aren’t millionaires. I think we could have a renewed sense of excitement for the men’s hockey team if we were watching the future of the NHL rather than the current players.

Which leads perfectly into my last point. It would be a chance to see some of the up and coming stars in hockey. I remember watching guys like Brian Rolston, Darby Hendrickson and Peter Laviolette in the 1994 games knowing that they would go on to NHL careers. It was exciting to see guys show their skills before they got to the big show. That was part of the fun.

I am not against NHL players being in the Olympics, but I do think (now more than ever) that there are viable reasons why it could be time to usher in a new (and subsequently old) era in Olympic men’s hockey. I believe it will be just as much fun to watch and maybe even increase of chances of winning the country’s first gold in over 30 years.