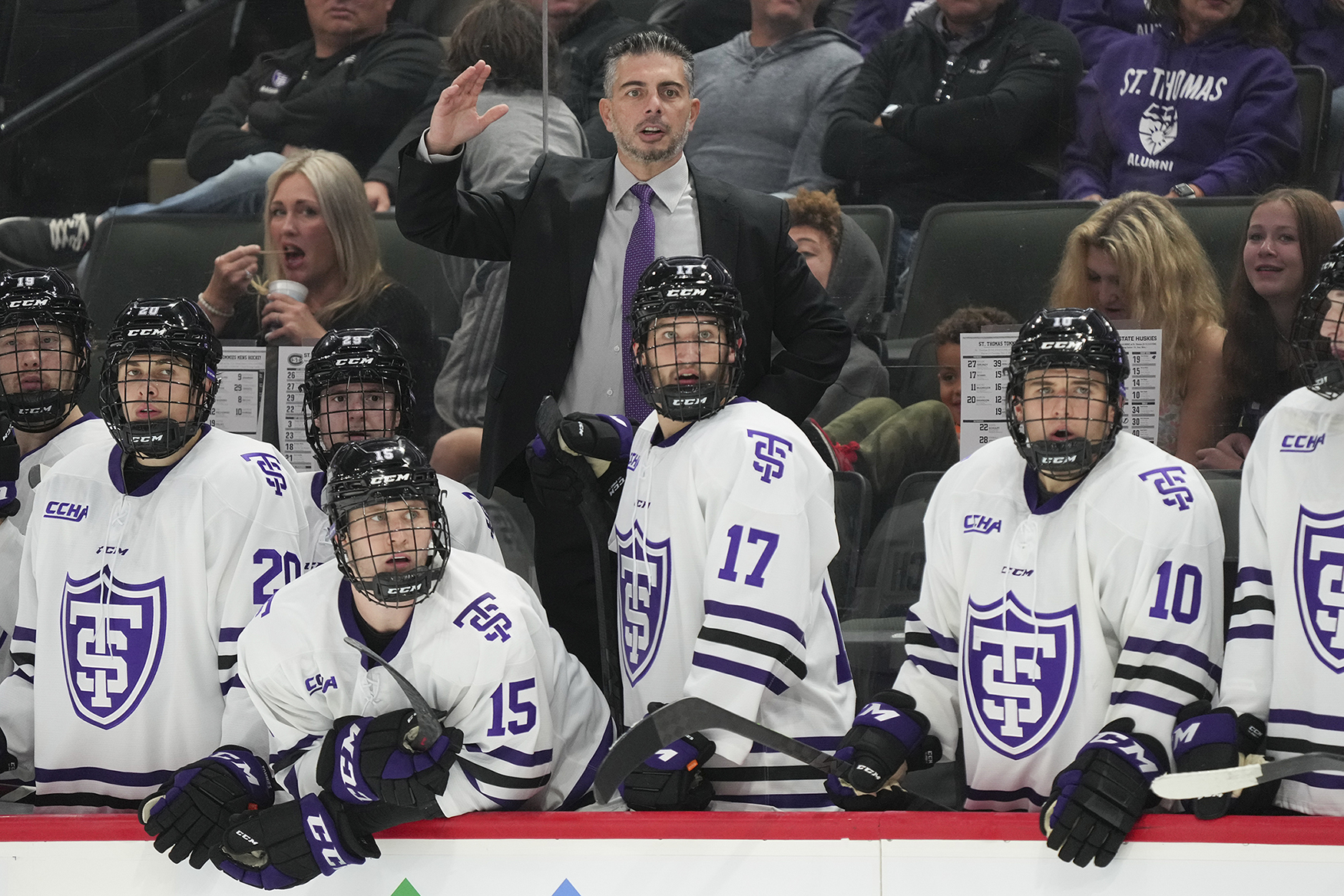 St. Thomas coach Rico Blasi gives instructions to his players on the ice during the Tommies' game against St. Cloud State on Oct. 3, 2021 at Xcel Energy Center. (MHM Photo / Rick Olson)
Prev5 of 5Next
Use your ← → (arrow) keys to browse

While the opening-night blowout was an eye-opener for the Tommies, Kangas is proud of the way he and his teammates responded in St. Paul. “It showed that we can compete at that level and ultimately gave us confidence now going forward to play teams in our conference that we know now if we play like that we can win a lot of games this year,” Kangas said.

Not only do the players have a sense of the buzz surrounding the Division I transition, both on and off campus, among students, staff, alumni and the community at large, they have been feeding off of it, according to Kangas. They are fully aware of the uncharted territory they are navigating and have adopted the hashtag #UnScripTed on social media.

“It’s a different feeling being on this team than any other team I’ve been on, just the fact that it’s never been done before,” Kangas said. “We don’t just want to be here, we want to compete and we want to win. It’s not just being the first team to do this, it’s also about winning and getting better every day.”

Like Gorg, Kangas believes Blasi is the right coach at the right time for this program.

“The guys have a lot of respect for coach and you can see the excitement, too, in him and how it’s a first for him too,” Kangas said. He’s the first (D-I) coach in St. Thomas history and I think the excitement definitely trickles down and guys want to learn from him.” 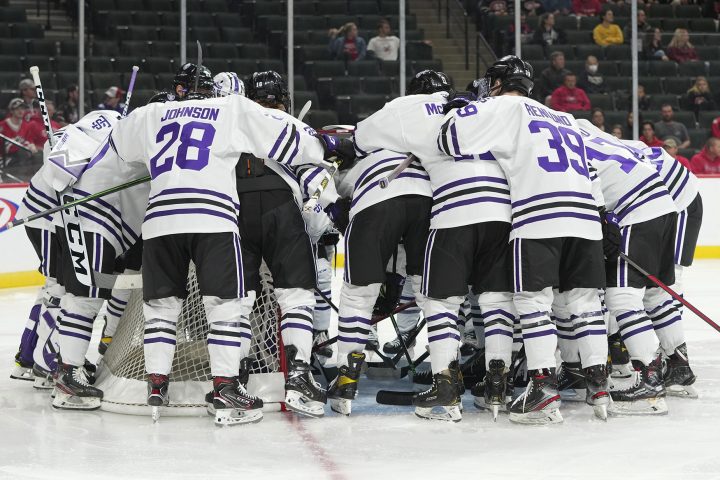