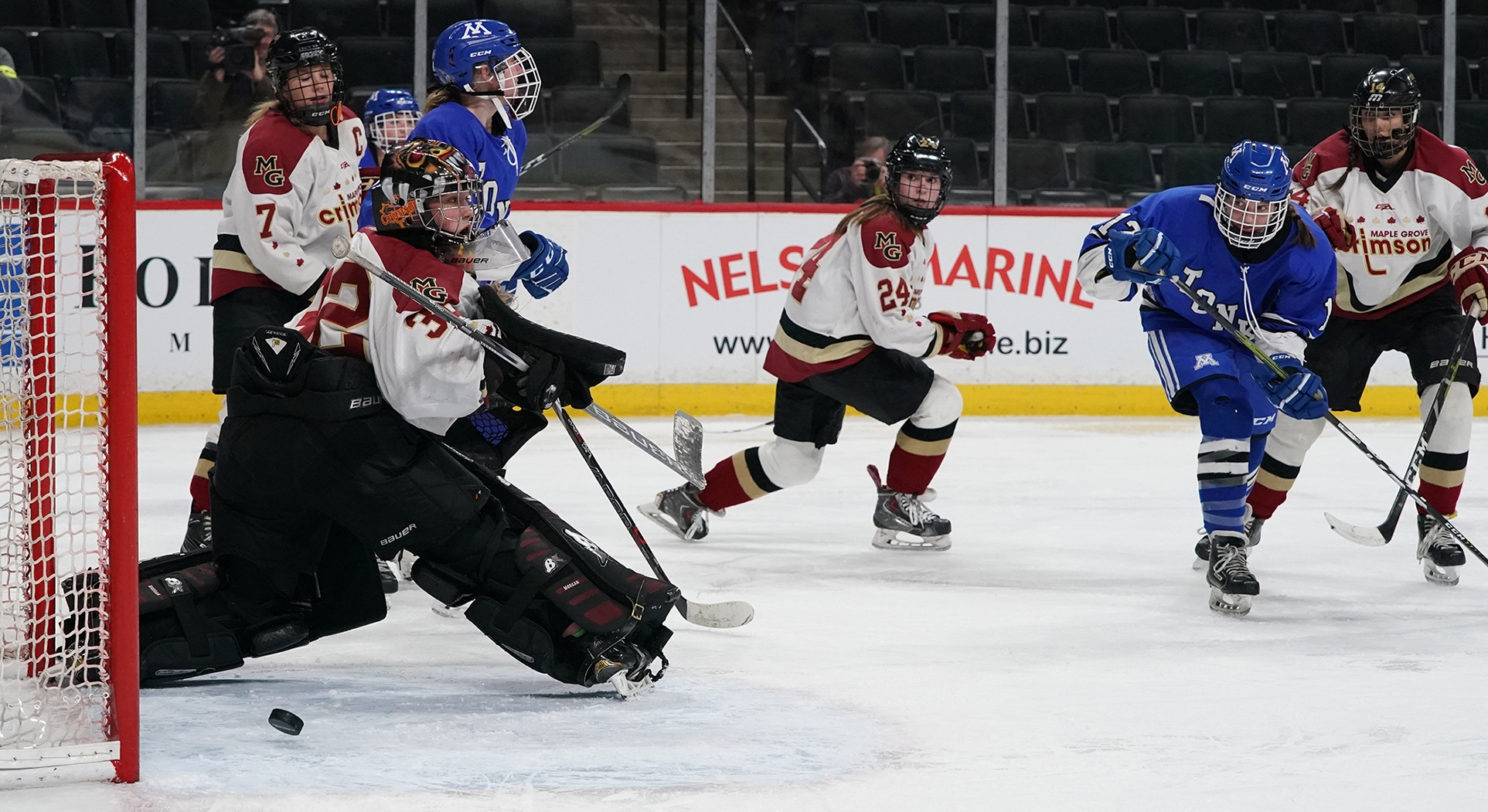 Minnetonka avenges early-season loss to Maple Grove In late November, Minnetonka lost to Maple Grove 3-2 in overtime.  But this time around it was the fifth-seeded Skippers who had the last laugh as they dominated No. 4 Maple Grove 7-4 in Thursday night’s Class 2A quarterfinal finale.

“EJ (coach Eric Johnson) had us watch the third period in that game,” Minnetonka junior Lacey Martin said of the team’s reflections on the game leading up to their rematch. “It gave us a little bit more push and more motivation to win this game because of that 3-2 loss.”  Martin scored her team leading 28th and 29th goals of the season while junior Emily Bayless added a goal and two assists to help propel the Skippers onto the semifinal against top seed Edina Friday night.   After falling behind in the first, the Skippers went on to score four straight goals between the first and second to help secure their win as they returned to the state tournament for the first time since 2015.  “I loved everything from our team tonight,” Johnson said. “Best first we played all year. We just came out flying, controlling the puck. That’s they way you need to start in the state tournament. We are impressed with the way the girls trained and prepared for this game. I even thought our second period was the best second period we played all year.”  Even Maple Grove head coach Amber Hegland commented on how structured Minnetonka was in the neutral zone by saying, “hats off to Tonka, they played a passive 1-2 in the neutral zone that made it difficult.”  The Crimson made a late push in the third to cut the score down to 6-4, but a fortunate bounce off the post with two and a half minutes to play maintained the two-goal differential before Kate Hoelscher scored an empty netter with 41 seconds left.  Now with Maple Grove in the rear view mirror, Minnetonka looks forward to Edina as the Hornets have taken both meetings 6-1 and 5-4 from the Skippers this season.  “Growing up we always played Edina and we came up a bit short,” Martin said. “I’ve never beaten Edina in my life. After that 6-1 loss I knew we could play better and we did in that 5-4 game. Going into tomorrow I think we will make them remember that 5-4 game. I think a lot of us are motivated to beat them.”