Time running out on sputtering Wild 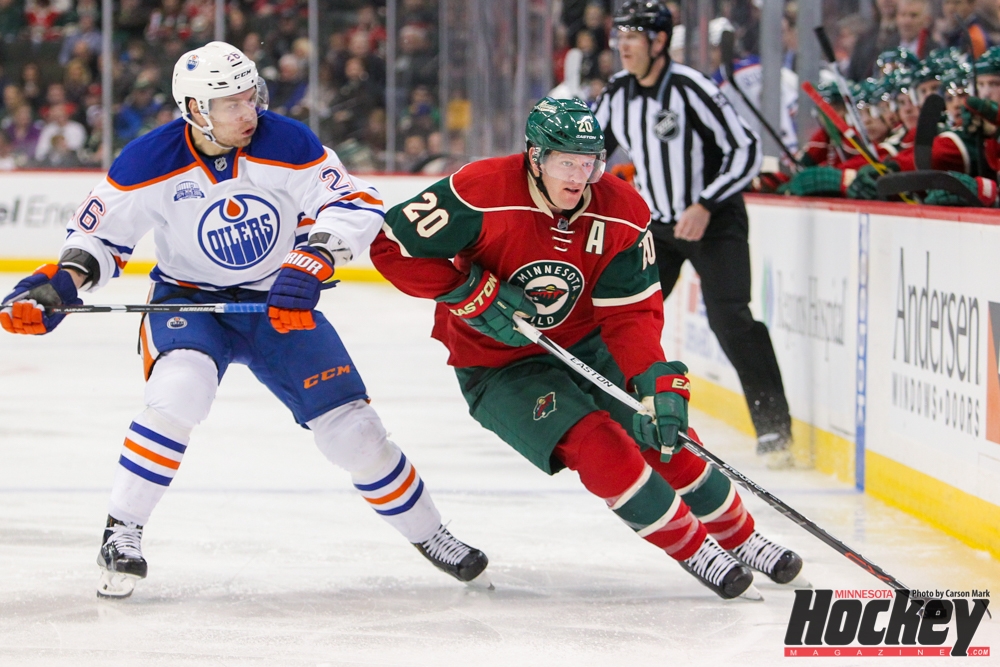 Time running out on sputtering Wild

St. Paul – Remember how optimistic fans of the Minnesota Wild were at the beginning of the season?

Two coaches and 68 games down the road, things have changed.

Sputtering seems to sum up the way the Wild too often play. That cost Mike Yeo his job as coach on Feb. 13, and many of the same traits are again visible under interim coach John Torchetti.

Torchetti’s not happy about it. He said Thursday that he plans to show some video to his players very soon and tell them, “This is not how we play.”

The perfect example of “not how we play” occurred Thursday night, when the lowly Edmonton Oilers walked into the Xcel Energy Center and walked out with a 2-1 victory in front of 19,058.

The Oilers got an early goal from Lauri Korpikosky and a late goal from Connor McDavid to win for the second time in their past four games.

The result left Minnesota with a 31-27-10 record, which puts the Wild 19th in the 30-team NHL and ninth in the Western Conference. They dropped to ninth when Colorado won Wednesday night, but with two games in hand, they had a pretty good chance to quickly reclaim eighth. After losing to Edmonton, which ranks 13th in the West, the Wild remain two points back with one game in hand.

This was a game the Wild were favored to win, but they overpassed the puck, couldn’t make clean entries into the Oilers’ zone and struggled to beat Oilers goalie Cam Talbot.

The Wild are not populated by all-stars, although Zach Parise typically belongs in that category. Other than growth spurts from Coyle and occasionally from Nino Niederreiter and Erik Haula, Minnesota’s younger players have yet to emerge. The defense has been spotty and the goaltending average.

That adds up to nothing more than an average team, although one that maintains a hope to finish among the top eight in the conference and advance to the playoffs for the fourth year in a row.

Their time is running out.

Defenseman Ryan Suter put it this way: “We’ve put ourselves in a tough position here.”

“We tried to play a little too fancy,” defenseman Jared Spurgeon observed, adding that “this time of year, you have to win your games. If you’re going to go into the playoffs, you want to go in hot.”

Minnesota has 14 games remaining, time enough perhaps to do exactly that. But Torchetti, who has an 8-5 record, is becoming impatient with some of his team’s lapses.

Turnovers were glaring Thursday night, when Minnesota made 11 and Edmonton four.

“We can’t be learning lessons like that now,” Torchetti said. “We’ve got to be committed as a team all the way through. We should be playing playoff hockey now. That’s what it’s all about, and we’ve got to make sure we’re committed to it.”

Torchetti ran down a laundry list of areas he wants to see improved. At the top, he said, is achieving 70 shot attempts a game. Parise had six attempts Thursday night including the one that beat Talbot, but the rest of the Wild combined for just 54.