Wild trying to pull out of a March slide 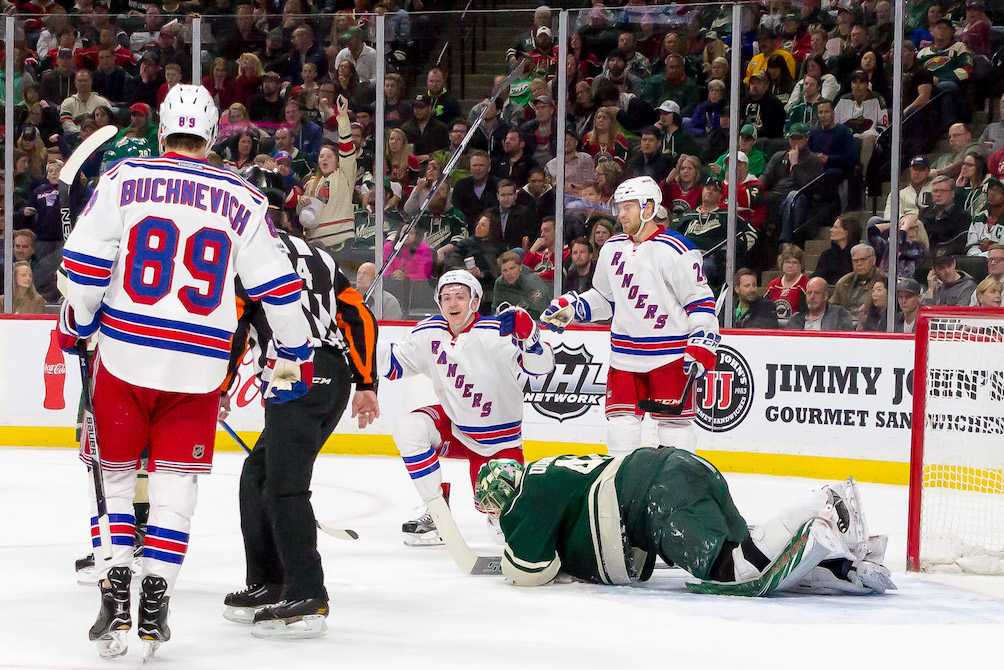 Wild trying to pull out of a March slide

A Wild team that often looked unbeatable through the early days of February has gone sledding in March.

On Feb. 18, Minnesota led the Chicago Blackhawks by nine points, but after the New York Rangers dumped the Wild 3-2 in front of 19,337 on Sunday at the Xcel Energy Center, the Hawks led Minnesota by five.

Here’s the tally: Going into their game against the Jets Sunday in Winnipeg, the Wild had lost four in a row and had won just two of their previous nine.

And, as Haula and center Eric Staal both said after the loss to New York, no one can get things back on track except the people wearing Wild sweaters.

“This is a tough league,” Staal said. “They’re not easy games every night. We have to continue to play as a team. This is a tough stretch for us right now, but no one’s going to help us out but us.”

Coach Bruce Boudreau said over and over after the game that all his boys can do is simplify. Some are trying to do too much, to make a big play when one isn’t probable, rather than sticking to basics.

Then, too often, things fall apart.

“When things aren’t going good for you, that’s what happens,” Boudreau said. “You get no puck luck, you get no bounces.”

Trying hard to make the right play too often goes awry, he added, and Saturday was an example.

“There were so many turnovers out there it’s ridiculous.”

“What worked will work again,” he said Saturday. “For 40 games, you’re making those little mistakes, they’re not scoring goals — they’re bouncing off the goalie or hitting the post or shooting wide. Now the mistake you make from the faceoff on down is going in the net.

The Wild took a first period lead on Staal’s 24th goal, but former Gopher Brady Skjei tied it late in the period. It was 1-1 in the second period when Haula set up Charlie Coyle in front of a wide-open net and Coyle knocked the puck into the back wall.

“It was right there,” Coyle said. “I don’t know if it bounced or what.”

That led to second-period Rangers goals from Oscar Lindberg and Jimmy Vesey, enough of a cushion to overcome a third-period tally by Matt Dumba of the Wild.

“I think for the most part we were playing with pretty good jump,” Haula said. “We had a lot of chances. When things aren’t going your way… I don’t know, when it rains it pours, I guess.”

As Haula pointed out, however, another game loomed less than 24 hours later and with that and a few more ahead.

Said Staal: “We’ve just got to get back to simplifying our game, get back to the way we found so much success early in the year.”