A tradition two decades in the making 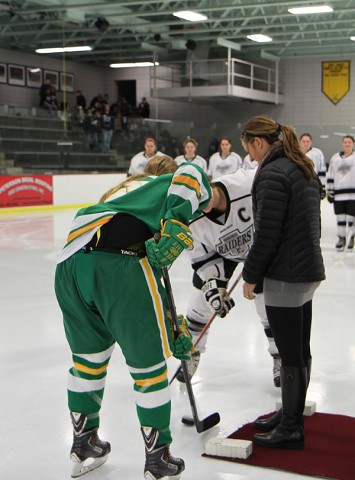 Roseville Girls High School Hockey — a member of the Suburban East Conference — held a 20th anniversary recognition ceremony Wednesday, January 28, at the Roseville Ice Arena. Award-winning alumnae were introduced prior to the start of the Roseville varsity game versus Edina followed by a ceremonial puck drop by Winny (Brodt) Brown at the face-off circle. The alumnae included four Ms. Hockey winners: Brown (1996), Ronda (Curtin) Engelhardt (1999), Renee (Curtin) Schwartz (2001) and Bethany Brausen (2010), as well as the 2012 Goalie of the Year, Erika Allen.

With four Minnesota Ms. Hockey Award winners, Roseville is the most decorated team in this category. Since 1996, this annual award is given to the best female senior high school hockey player in the state of Minnesota. By the numbers, accolades for Roseville Girls High School Hockey include:

“It was a fun night celebrating the tremendous accomplishments of Roseville Girls High School Hockey over the last 20 years,” Brown said. “There have been many great teams and players that have come through the program and it’s great to see the tradition continuing.” 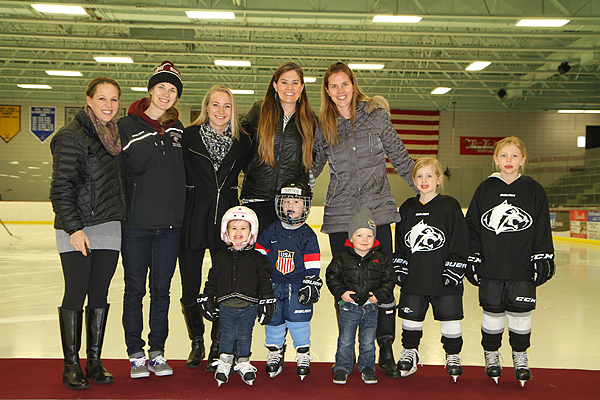