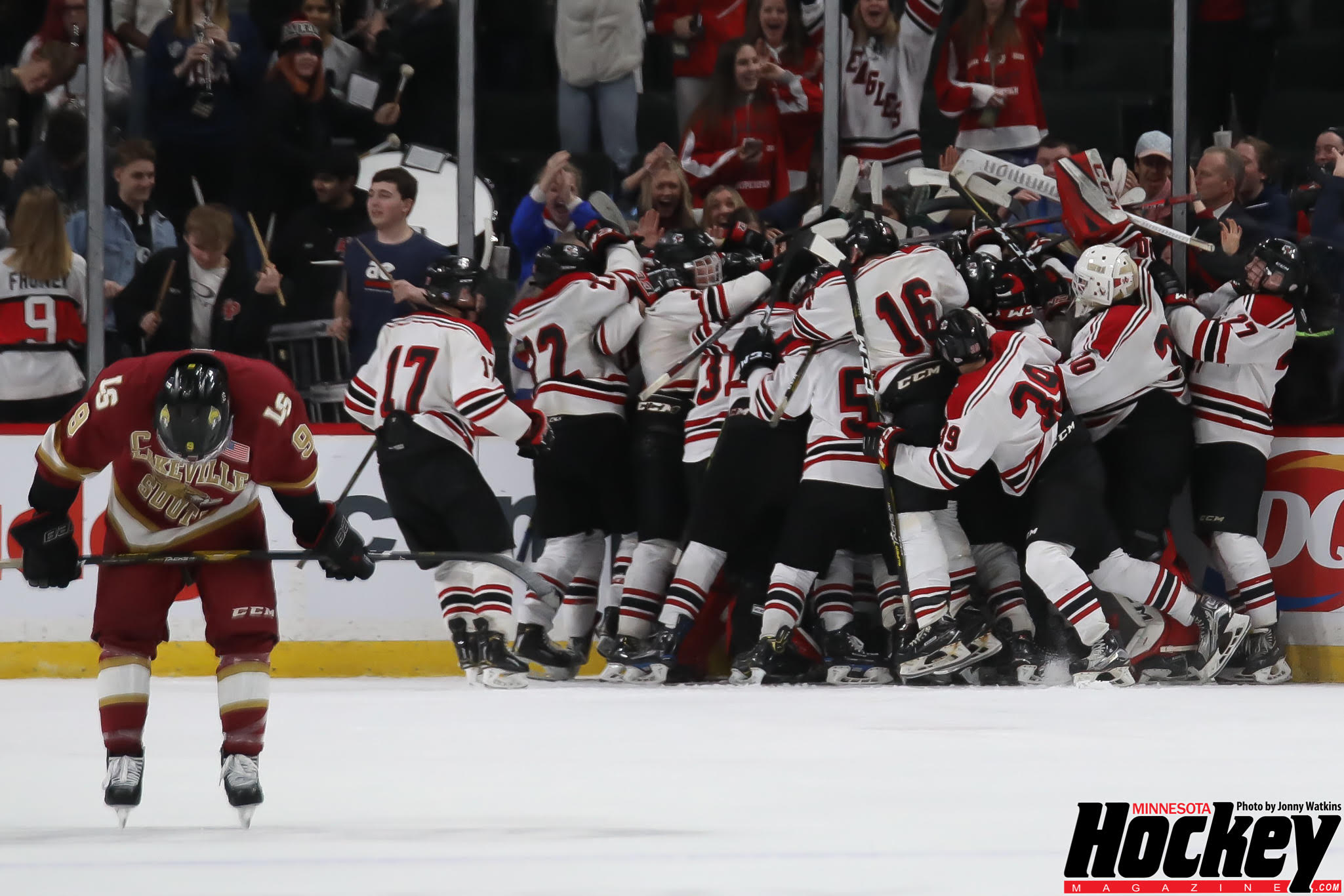 It had been eight years since the last time a game had gone to triple overtime at the state tournament.

Despite blowing a two-goal lead, the Eden Prairie Eagles finished the job with 57 seconds to spare in the third overtime period when Jack Jensen netted the game winner sealing the 3-2 victory.

“We were all exhausted,” said Jensen. “And it was who’s going to get the bounce here? And I saw John in the corner and no one was really on me and I’m like he might pass it here. Just dish it and I got to bury this and luckily it went in far side. I didn’t know what to do at the moment and I was just in shock.”

Thank goodness the game finished too because due to MSHSL rules, if no one had scored in the third sudden-death overtime, the game would’ve been suspended and resumed at 8 AM the next day to accommodate the next session of games.

Eagles Head coach Lee Smith threw together the line that scored the game-winning goal when the Eagles sealed it.

“Couple times this year, I’ve put together the line of Mittelstadt, Jack (Jensen) and Rudrud,” said Smith. “It was the right time to try it with a minute left. Because if we didn’t score there, it was going to be coming back tomorrow. I figured we had to use all the weapons we could right there.”

The Eagles poured on 66 shots on net and Lakeville South goaltender Henry Welsch stood on his head making 63 saves which was two off from a tournament record, set in 1996 by Apple Valley goalie Karl Goehring.

“Just taking one shot at a time,” said Welsch on his performance. “We each got our own and they ended up score.”

“I’m extremely proud of the entire team,” said Kivihalme “And how hard they competed. I think our team defended really well. There was a lot of shots that kept them outside. So our guys were coming back and defending well.”

With the win, Eden Prairie moves onto face theBlaine Bengals in the semifinal round.