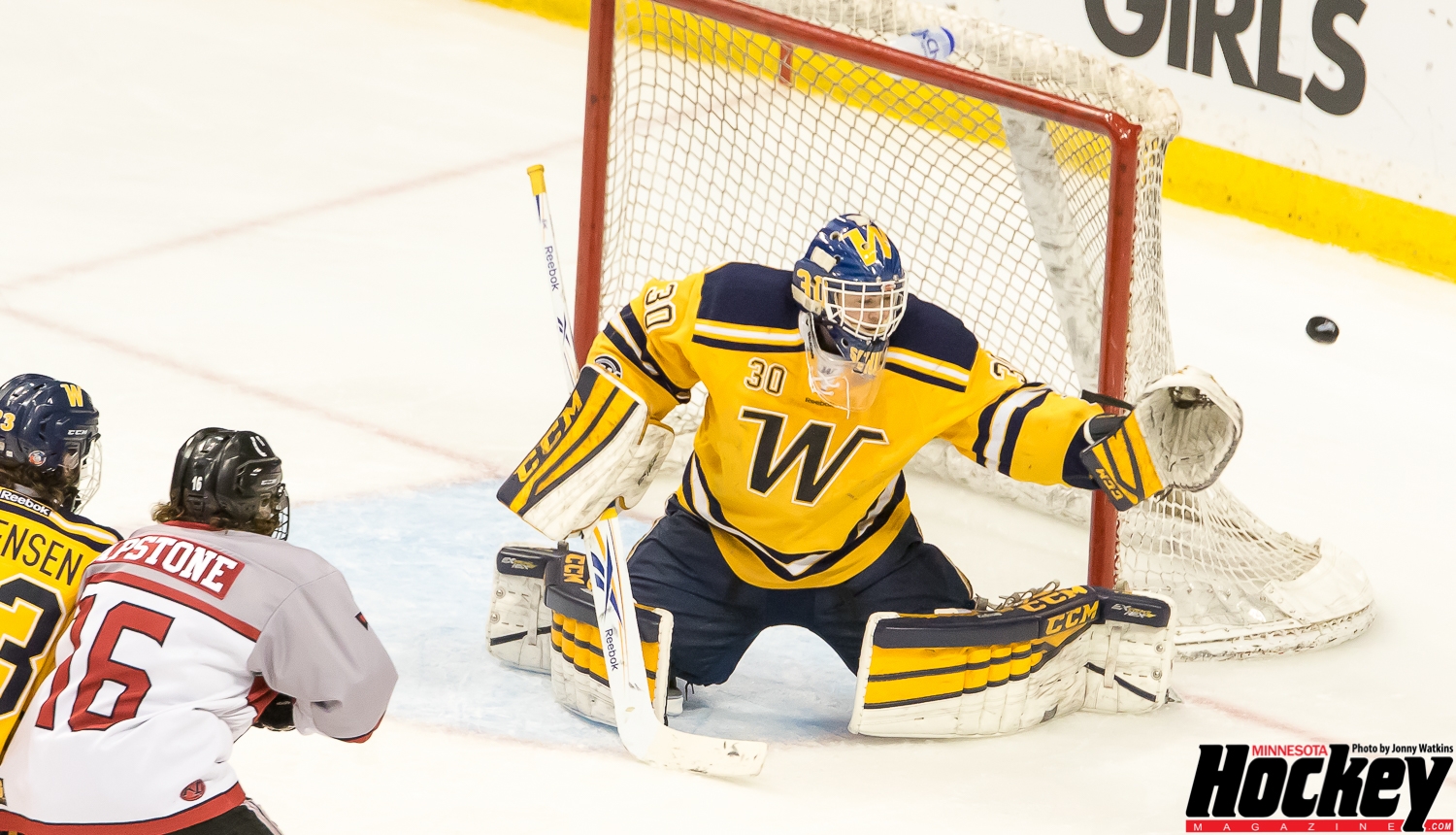 St. Paul – Wayzata sophomore Griffin Ness came into the state tournament with three goals on the season. His fourth goal turned out to be a game-winner that put his team into the championship game.

Ness said he just picked his head up and found a corner. Wayzata coach Pat O’Leary said Ness has had plenty of opportunities in the past month, and it’s stressful when you’re snakebit.

But when Ness got the chance on the big stage, he didn’t miss.

“I was a little nervous,” he said. “I saw the top right corner open, and I just put it there.”

His goal was insurance that his team ended up needing. Stillwater took a timeout after that second Wayzata goal. Stillwater coach Matt Doman reminded his players that there was plenty of time left.

“These guys got no quit in them,” he said. “Their compete tonight was fun to watch.”

Sure enough, just 35 seconds later as the clock hit 1:00, and with an empty Stillwater cage, senior Jackson Cates put one past Wayzata netminder Alex Schilling.

That made it 2-1 with 60 seconds where anything could happen.

Stillwater nearly tied it as they created a scramble in front of the Wayzata net. Stillwater junior Noah Cates took a backhand shot in the closing seconds, but Schilling stuck out his right pad for the save. There was a flurry of players all around the net, but the puck stayed out, the net came off and the clock struck zero.

Stillwater was hoping to get a bounce, though they knew it wasn’t going to be easy, Jackson said.

“We almost got another one at the end,” Jackson said.

It was desperation time at the end, Noah said.

“Puck popped out,” Noah said. “I just had to get anything to the net.”

The final couple minutes of the game were perhaps the most intense. It was a 1-0 contest most of the way. Junior defender Logan Lindstrand scored at 6:55 of the first period for Wayzata. Stillwater got off to a bit of a slow start, with just four shots on goal in the first. But they figured it out and “were never panicked,” Doman said.

Schilling made 22 saves in goal, while Stillwater goalie Josh Benson also stopped 22 pucks. There were no penalties in the game.

Stillwater was also without junior forward Luke Manning, who was out with a concussion. He came into the tournament with 21 goals and 22 assists.

Wayzata moves on to the Class 2A title game Saturday night. The Trojans took fourth place in 2013 and are looking for their first state title.

“We always had that belief that we were going to do this,” Schilling said. “I can’t wait for tomorrow night.”