They will be joined by Carolina Hurricanes chief executive officer, and Lester Patrick Award winner, Peter Karmanos, Jr. (Raleigh, N.C.) whose significant contributions to hockey in the United States spans all levels of the sport.

“This is an extraordinary class in that each have contributed in a remarkable fashion to the advancement of our sport,” USA Hockey President, Ron DeGregorio, said in a statement released by USA Hockey. “It’s a truly remarkable collection of individuals, all so very deserving of earning the pinnacle of accomplishment in hockey in the U.S.” 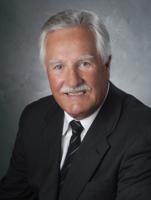 Cindy Curley was one of the pioneers of the U.S. Women’s

National Team, playing in the inaugural IIHF Women’s World Championship in 1990. Her 11 goals, 12 assists and 23 points in five games remain single-tournament records at the IIHF Women’s World Championship. Curley also skated for Team USA at the 1992 and 1994 IIHF Women’s World Championships and the 1995 IIHF Women’s Pacific Rim Championship. She received a silver medal at each of the four events. Upon her retirement, she continued to champion girls’ and women’s hockey as a coach and official. Her dedication to improving grassroots hockey opportunities earned her induction into the Massachusetts Hockey Hall of Fame in 2002. Curley has been intimately involved with USA Hockey in a number of capacities, including as an athlete director on the USA Hockey Board of Directors (1995-2006) and as a member of the organization’s youth council (1999-2006), legal counsel (2005-07), girls/women’s section (2000-05) and safety & protective equipment committee (2001-07). Additionally, she was a member of the U.S. Olympic Athlete Advisory Committee from 2005-08. Among the all-time leading scorers at Providence College, Curley was inducted into the school’s Athletic Hall of Fame in 2013.

Doug Weight’s NHL career spanned 19 seasons, during which he

played for the New York Rangers, Edmonton Oilers, St. Louis Blues, Carolina Hurricanes, Anaheim Ducks and New York Islanders. After two years at Lake Superior State University (1989-91), Weight stepped into the lineup of the New York Rangers, who had drafted him 34th overall in the 1990 NHL Entry Draft. In 1993, less than two seasons into his pro career, he was traded to the Oilers, for whom he played the next eight seasons. The playmaking center, who served as team captain his final two seasons in Edmonton, set career highs for assists (79) and points (104) during the 1995-96 campaign. After three-plus seasons in St. Louis, Weight was traded to Carolina, where he won the Stanley Cup in 2006. The final five seasons of his career were spent with the Blues (2006-08), Ducks (2008) and lastly the Islanders. In his last year, Weight captained the Islanders and received the 2011 King Clancy Memorial Trophy for leadership and humanitarian contributions. In 1,238 career NHL games, Weight scored 278 times and racked up 755 assists. Weight put on the U.S. sweater at nine major international competitions, including three Olympic Winter Games (1998, 2002, 2006), three IIHF Men’s World Championships (1993, 1994, 2005), two World Cups of Hockey (1996, 2004) and one IIHF World Junior Championship (1991). The 14 assists and 19 points that he notched for the 1991 U.S. National Junior Team are single-tournament records for the U.S. Later, he helped Team USA to the gold medal at the 1996 World Cup of Hockey and received a silver medal at the 2002 Olympic Winter Games.

The owner and chief executive officer of the National Hockey 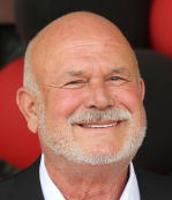 League’s Carolina Hurricanes, Peter Karmanos, Jr., has used his business acumen to build an empire of hockey at all levels of the game in the United States for more than five decades. In 1994, he acquired the Hartford Whalers and two seasons later moved the team to Raleigh, N.C. Since the team’s arrival in North Carolina, the Hurricanes have enjoyed success both on and off the ice, highlighted by winning the Stanley Cup in 2006. In addition, the team has advanced to the conference finals three times in the last 11 seasons and captured the Eastern Conference title in 2002 and 2006. The Hurricanes were recognized as the top hockey franchise and second-ranked franchise in all of sports in 2009 by ESPN in the “Ultimate Standings,” a collection of data and survey results that take into account a team’s on-ice success as well as its community impact and overall fan experience. As retired executive chairman of the board for Detroit-based Compuware, he has sponsored one of America’s most successful youth hockey programs of the same name. Karmanos also owns the Plymouth Whalers of the Ontario Hockey League, the ECHL’s Florida Everblades and several arenas. In 2012 he received USA Hockey’s Distinguished Achievement Award, and in 1998 the NHL honored him with the Lester Patrick Award for his outstanding service to hockey in the United States.

Founded in 1973, the U.S. Hockey Hall of Fame has enshrined 156 members to date with inductees chosen on the basis of extraordinary contribution to the sport of hockey in the United States.