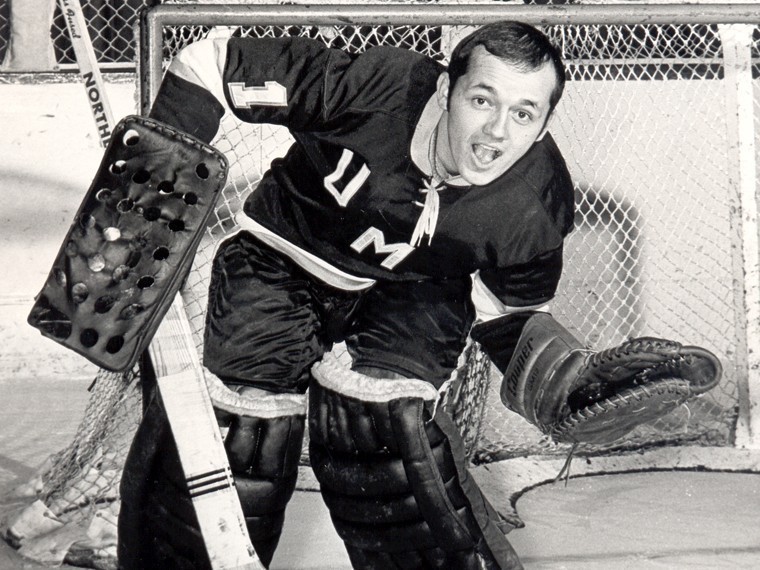 On Oct. 30, the University of Minnesota Duluth will officially retire Glenn “Chico” Resch’s No. 1 jersey during a first intermission ceremony at AMSOIL Arena, making the UMD Athletic Hall of Fame charter member the fourth Bulldog male in any sport to be so recognized. He’ll join Brett Hull, Christiansen and Watson in that exclusive club.

“We congratulate “Chico” on this prestigious and well-deserved honor,” said UMD athletic director Josh Berlo.  “Not only did he enjoy prosperous playing career both here and in the National Hockey League, but he’s always been an outstanding ambassador for UMD and Bulldog hockey.”

A three-year fixture in goal for the Bulldogs, Resch was selected to the All-Western Collegiate Hockey Association second team as a senior team captain in 1970-71. He exited the Bulldog program ranking among the top three leaders in virtually every career and single-season statistical category for UMD goaltenders.

“The world for me changed during my time at UMD,” said Resch, who now makes his home in Emily, Minn. “It was a launching point for me — both personally and professionally. I met my wife (Diane) there and everything I was able to accomplish after that in hockey and in broadcasting I owe to those four years.” 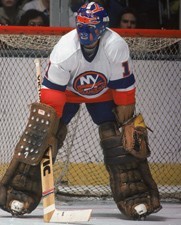 After retiring, he served as the goaltender coach for the Philadelphia Flyers in 1987-88 and embarked on a broadcasting career that same season — as the color commentator on Minnesota North Star telecasts.  He also handled that same role for UMD hockey (KBJR-TV) for three years (1987-90) before returning to the coaching ranks as Minnesota North Stars’ goaltending coach and scout in 1990-91.

He returned to the television booth permanently in 1996 and, for the next 18 seasons, was the lead analyst for the New Jersey Devils on MSG+ and FSN New York.

Resch, a native of Regina, Saskatchewan, was one of 12 individuals inducted into the UMD Athletic Hall of Fame’s inaugural class back in 1991.