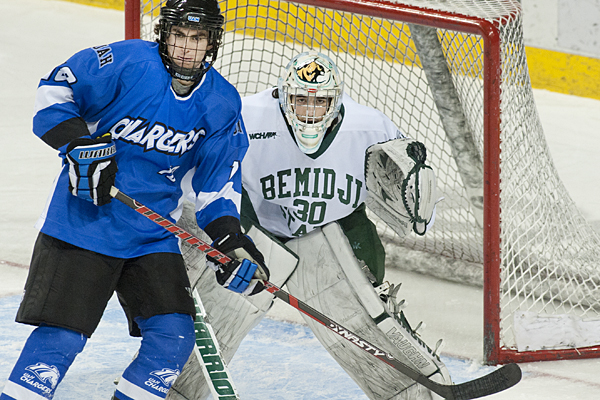 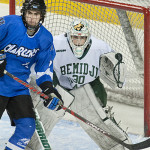 Featured Image:
Bemidji State’s Andrew Walsh is one of the few Beavers to have faced the Chargers. (Photo: BSU Photo Services)

There are more than points on the line this weekend as BSU faces long-time rival UAH in its conference opener. The Beavers and the Chargers have been competing against each other for more than 20 years and the rivalry between the two teams has grown to be one of the most unique for both fans and players.Although the two teams haven’t played each other since the 2011-2012 season, the fans of both schools have not let the intensity of the past slip away.

Bemidji State and UAH entered the Division I era together and have had their fair share of success in the now disbanded College Hockey America (CHA) conference. The Beavers hold a 38-28-4 all time record against the Chargers and both teams will be looking for their first win of the season this weekend.

BSU (0-3-1) is coming off a challenging first two weekends in which the Beavers faced two teams ranked nationally in the top 10.

“I think we are a better hockey team than we were two weeks ago, we will see how that carries over into this coming weekend,” Bemidji State coach Tom Serratore said. “The biggest thing will be where our team’s mindset and confidence are at.”

Many of the players on the Beavers’ roster have yet to experience a game against the Chargers, and they will get their first taste of what the history is all about on Friday.

“Once our players get down there, I think they are not only going to realize it’s a fun trip but, too, sense there is a great rivalry as well,” Serratore said. “We need to win some games, it’s important for us to get off on the right foot and get ahead early in the season.”

The Beavers and the Chargers face off at 7:07 p.m. at Von Braun arena in Huntsville, Ala., this Friday and Saturday.