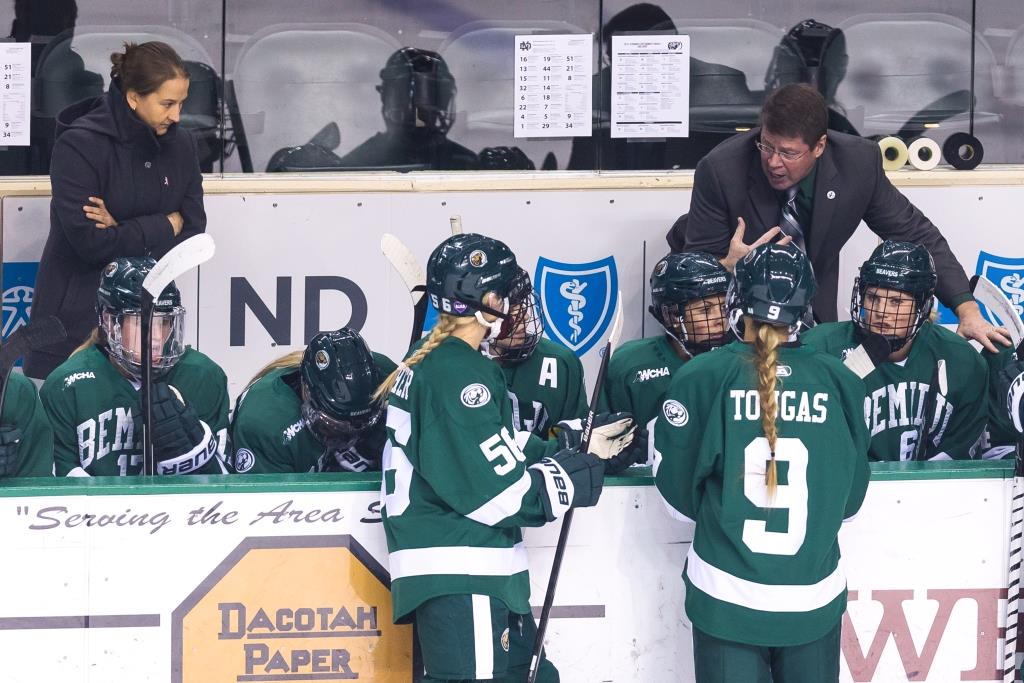 The Bemidji State women’s hockey program is unique. If you talk to anyone about the team you’ll hear that word pop up and it’s justified.

“You’re not going up there for the malls.”

It’s not just the school’s location and size that sets it apart, though. The way the coaching staff came together isn’t a common story. It reveals a lot of what is special about the program and what has it poised for continued growth.

Scanlan took the head coach position in the summer of 2014 when Steve Sertich stepped down after eight years at the helm. Among the finalists for the position were Scanlan, a former goaltender for the Beavers, and Amber Fryklund, who was not only a former Beaver but also an assistant under Sertich.

When Scanlan took the job he asked both Fryklund and assistant Shane Venkeer, who also attended Bemidji State, to stay with the program. Fryklund became the Associate Head Coach.

“For me, it was real easy. I just hoped she would want to stay on. I never thought at one time of not asking her to stay or not be a part of the team based on what I was told.” – Jim Scanlan on Amber Fryklund