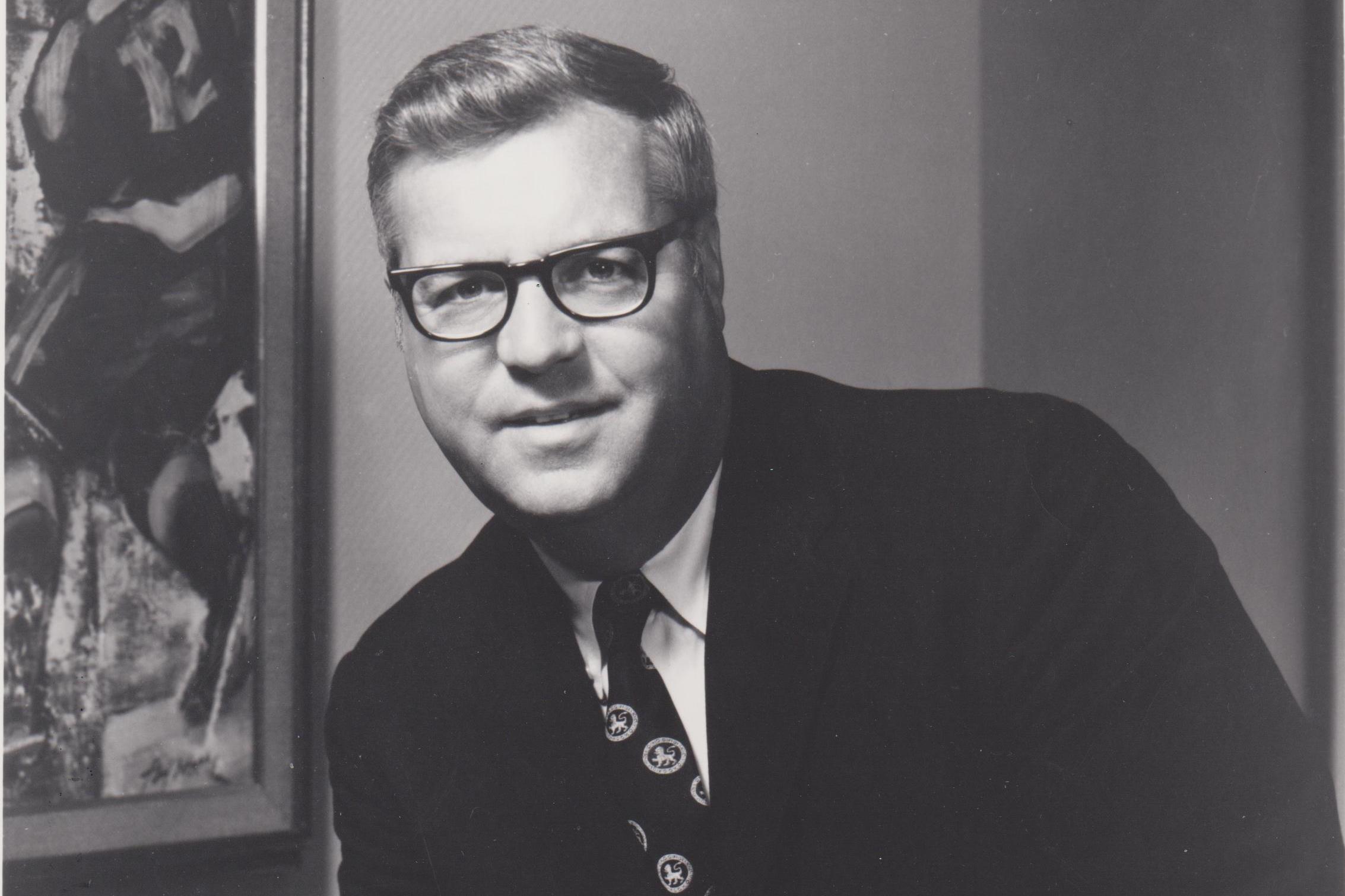 Known widely as the primary founder of the Minnesota North Stars, Walter Bush has pursued hockey as a prep school player, college and amateur player, amateur coach and Olympic manager, before getting into the executive side of the professional aspect of the sport.

The Minneapolis native began his hockey career at Breck School and continued at Dartmouth.  While working on his law degree at the University of Minnesota, he kept his skates in practice playing senior hockey and helping to organize the U.S. Central League.

He then became active on the international scene, managing the 1959 U.S. National Team and the 1964 U.S. Olympic Team, serving on the U.S. Olympic Committee in 1963, and later a four year term on the USOC’s Hockey Section.  He has also participated as president and vice president of the Minnesota Amateur Hockey Association and as a director of the Amateur Hockey Association of the United States.

Instrumental in bringing professional hockey to Minnesota in the form of the Minneapolis Bruins, Bush later put all his credentials to work in securing an NHL franchise for Minnesota.  That effort was a major step in the road to October 21, 1967, when the Minnesota North Stars played their first game against California at the Metropolitan Sports Center.   Bush was the first “grass roots American” to win the Lester Pat4rick Trophy, which he received in 1973, as well as being named NHL Executive of the Year in 1972 by the Hockey News.

Hockey has been a major force in the life of Walter Bush during most of his years on this earth. That means that Bush is delighted to spend every minute of each day dealing with the sport he loves best.  When control of the North Stars passed to George and Gordon Gund, the new owners chose Bush as vice president.  They recognized his devotion to hockey, his wide range of knowledge of the sport and its people, and his experience as club founder and chief executive officer.  He has served as governor or alternate governor of the team in every year of its existence.

Sadly, the Minnesota and USA Hockey communities lost one of its greatest champions when Bush passed away on Sept. 22, 2016 at the age of 86.