When Warroad plays Roseau in hockey, it is a big deal. 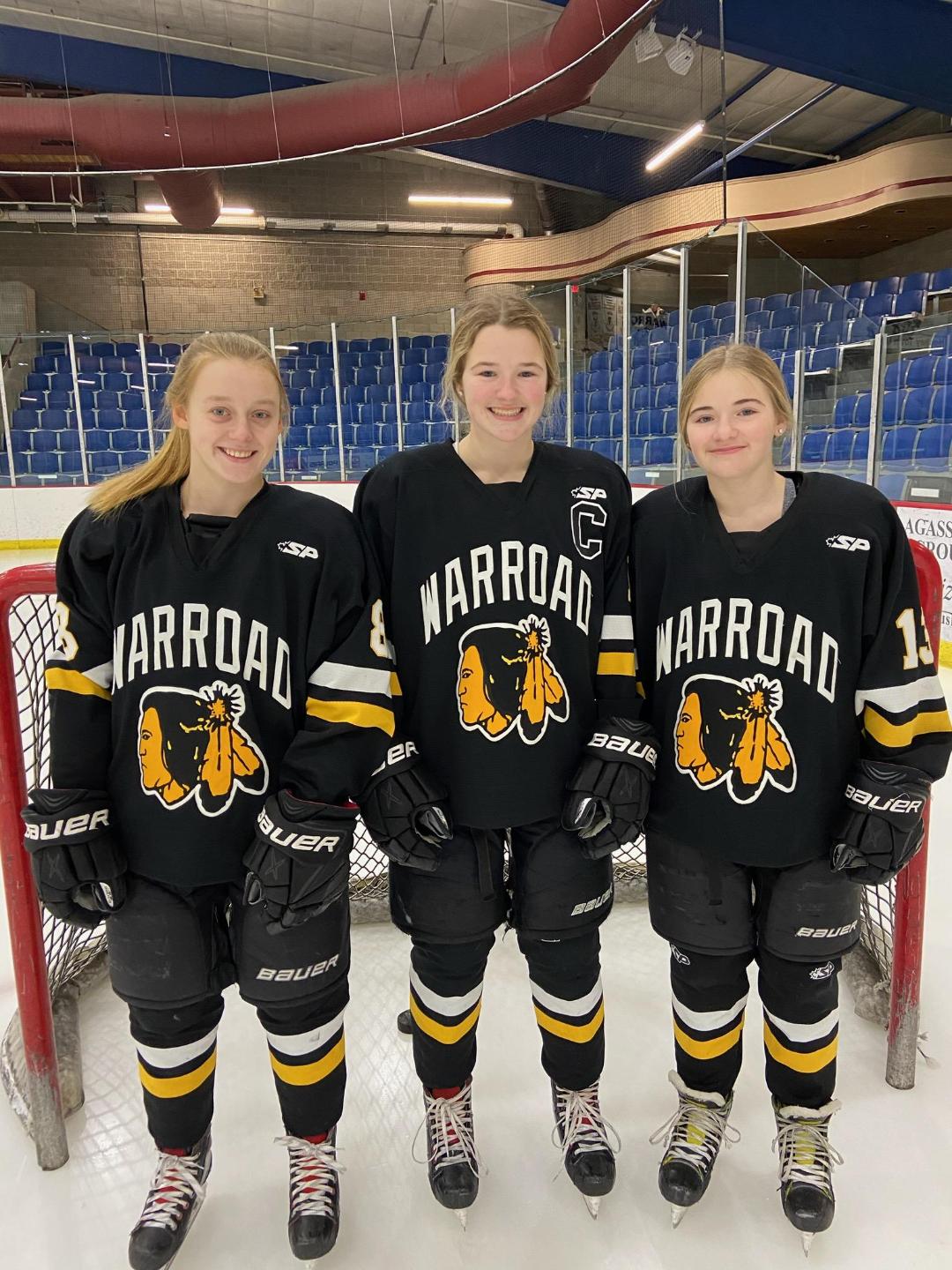 When Warroad plays Roseau in hockey, it is a big deal.

The atmosphere is charged, the stands are packed, and expectations are high. The two communities have a lot of respect for each others hockey programs. On the night of January 2nd, when the Varsity girls teams squared off, the crowd was exceptionally large. After a tough fight, the Warriors of Warroad came out on top by a score of 9-5.

What had some people buzzing however was the play of one particular line of the Lady Warriors. Genevieve (Geno) Hendrickson, a junior, her sister Talya Hendrickson, a freshman, and Sydney Phaneuf, a junior, had racked up a remarkable 19 combined points. Geno had 4 goals and 2 assists, Talya had 2 goals and 5 assists, and Sydney had 2 goals and 4 assists, Quite an amazing accomplishment! The 3 girls had only recently been put together on the same line by coach Izzy Marvin, The trio will certainly grab the attention of future opponents.

When Jeremy and April Hendrickson left behind their home in Albert Lea, MN, and their families, and a successful concrete business in 2013, it certainly involved risk and sacrifice. But, they had a passion for hockey, and what better place to head to than Hockeytown, USA- Warroad, MN? They have not regretted their decision.

Besides Geno and Talya, the Hendricksons have an 11 year old son, Casey, who plays on a top ranked A squirts team for Warroad. Casey had a 6 point game against International Falls earlier this year. The family spends a lot of time at the arena (the Gardens) and feels it is their home away from home. They relish every minute fulfilling their passion.

Warroad provides a great environment for those pursuing hockey . Sydney Phaneufs family had also come to Warroad from Mountain Iron, MN two years ago because of the hockey program. Besides being linemates, the 3 girls also attend a Bible study together led by Olympic gold medalist Gigi Marvin.

The Lady Warriors are having a very successful season and are currently ranked 2nd in the state in class A . They have their sights set on a state championship and this team and community have an exciting road ahead!