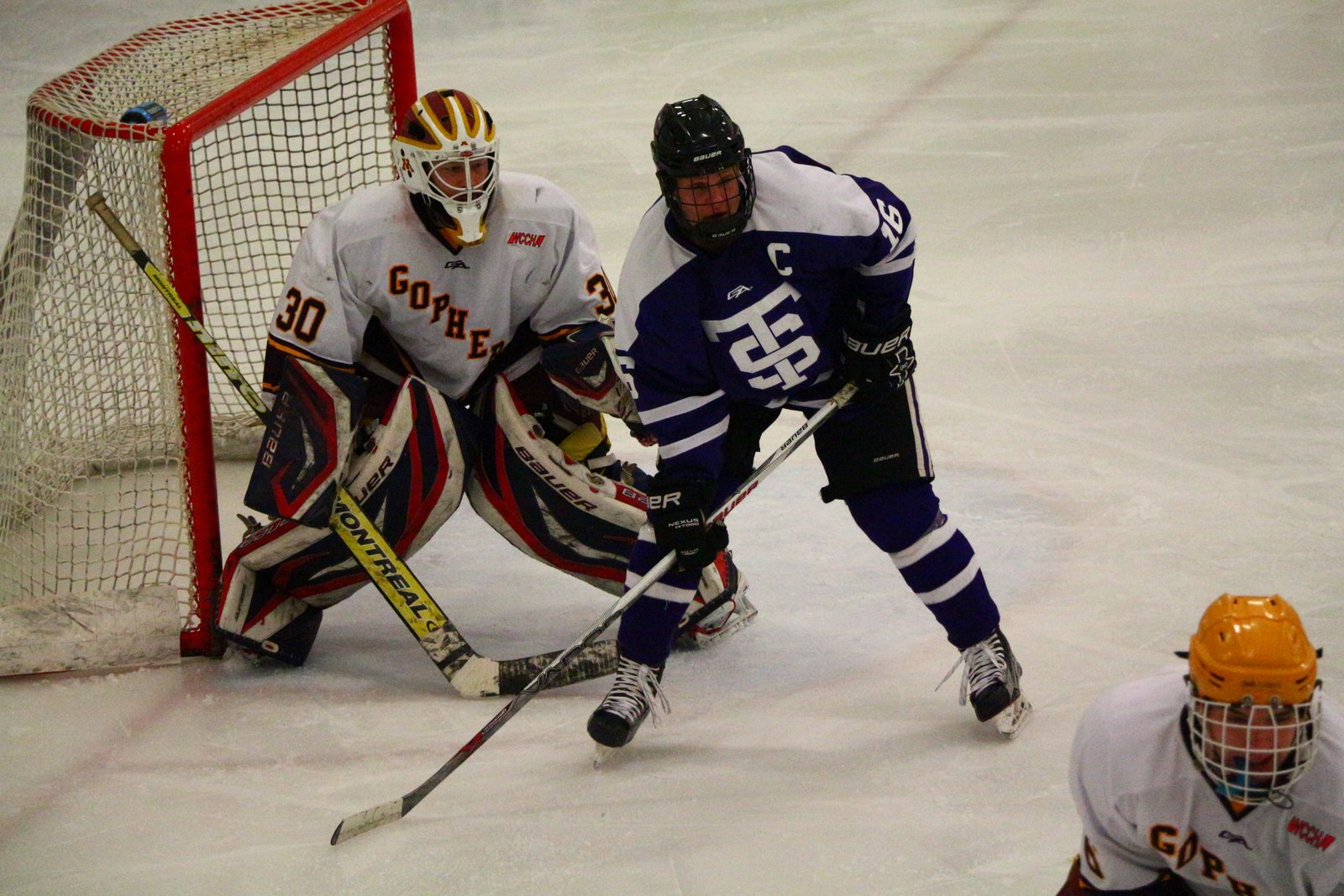 While NCAA hockey is just getting underway, many teams in the American Collegiate Hockey Association (ACHA) are well into their seasons. This year, the ACHA boasts over 500 collegiate hockey teams in 49 states, spread across 3 men’s divisions and 2 women’s divisions.

Here in Minnesota, ACHA hockey has found a place among what can sometimes be a crowded hockey landscape. In particular, the Western Collegiate Club Hockey Association (WCCHA) features teams from Universities in Minnesota, North Dakota and Wisconsin. An ACHA DII conference, the league boasts 12 full members and 1 associate member this year, with the conference champion guaranteed a spot at the Central Regional Tournament.

Adopting a new league format in 2017-2018 that will once again be used this season, the WCCHA features two division of six teams each, the Northwest and Southeast. Teams play divisional opponents twice, with the the top three teams guaranteed a spot at the 8 team WCCHA Tournament in February. In addition, every WCCHA team plays at least 4 games against interdivisional opponents, with a league-wide KRACH Ranking system used to grant the final two wild card spots into the 8 team tournament field. 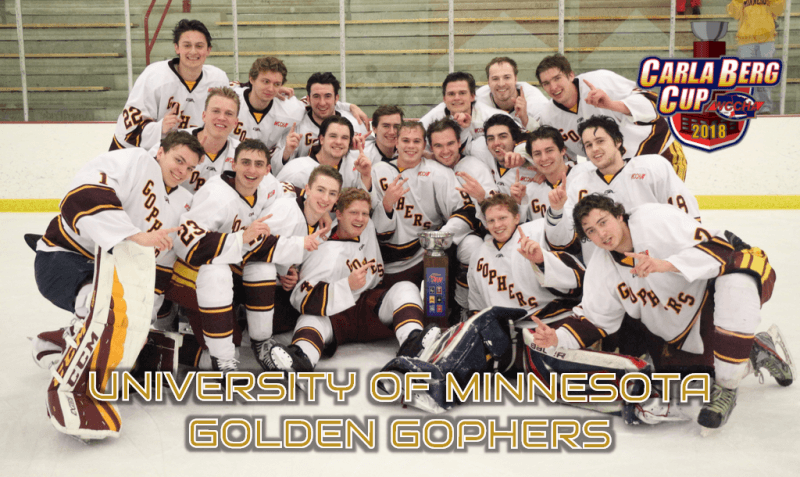 Coming into the season, last year’s division winners – the University of Minnesota in the Northwest and the University of Wisconsin in the Southeast – are poised to challenge once again. The Gophers return some big guns, including Dylan Ross (Powder Springs, GA) and Dylan Klehr (Lino Lakes, MN), but will need goaltender Andrew Kash (Barrington, IL) to step up after the loss of ACHA Central Region All-American Clay Knutsen (Orono, MN). Wisconsin graduated some firepower, but WCCHA Offensive Player of the Year Matt Masterman (Edina, MN) returns to lead the Badgers once again. Sophomore Jake Cohn (Prior Lake, MN) also returns after a big freshman season.

In the Northwest, North Dakota State is one team to watch. A team that is strong as any at home, the Bison have talent at every position, including at goalie with Jordan Elliot (Fargo, ND) returning for his second season. Bethel can also be expected to push for top spot in the division after a strong debut season, while North Dakota is always a tough competitor. Having missed out on the tournament last season, St. Cloud State and Minnesota-Duluth have both reloaded in hopes of pushing for a tournament berth this year.

In the Southeast, Minnesota State-Mankato will almost surely be in the mix, with last year’s WCCHA 2nd Team All-WCCHA goaltender Waldemar Sunden (Lerum, SWE) back between the pipes along with last season’s leading scorer Justin Novak (Farmington, MN). UW-Eau Claire, led by WCCHA 2nd Team All-WCCHA defenseman AJ Romanoski (Hudson, WI), should also be a threat to unseat the Badgers. The University of St. Thomas comes in as a very strong dark horse challenger, with a talented and improved roster this season. Finally, UW-La Crosse and UW-Superior will look to surpass expectations, as both have strengthened significantly in the off-season after a 5th and 6th place finish, respectively, last year.

The regular season will culminate with the 2019 WCCHA Tournament, which will once again take place at the Schwan Super Rink in Blaine, MN from Feb. 8-10. The winner this year will not only get to lift the Carla Berg Memorial Cup, but will also gain the honor or representing the WCCHA at the 2019 Central Regional Tournament.

For the first time, the ACHA Division II Central Regional Tournament will take place in Minnesota in 2019. The ACHA selected the WCCHA’s bid to host the event at the Schwan Super Rink from March 1-3, 2019.

The event features 10 of the top teams in the Central Region in a single-elimination tournament, with the last two teams standing earning spots at the 2019 ACHA Division II National Tournament. Teams earn qualification by finishing in spots 3-12 in the ACHA Regional Rankings, although league auto-bids – including the WCCHA – could take the place of a few teams if those teams are not otherwise qualified by ranking.

Commissioner Ryan Donovan, on the bid award: “We’re honored to be selected and to have the opportunity to host this event here in Minnesota, the State of Hockey. The ACHA has never hosted a men’s regional or national event here in the state, and so we’re excited to be hosting this important tournament that will showcase some of the best collegiate club hockey the region has to offer.”

Note:  Minnesota Hockey Magazine is happy to be a WCCHA media outlet for this coming season.  The WCCHA will be providing MHM and our readers with regular updates.