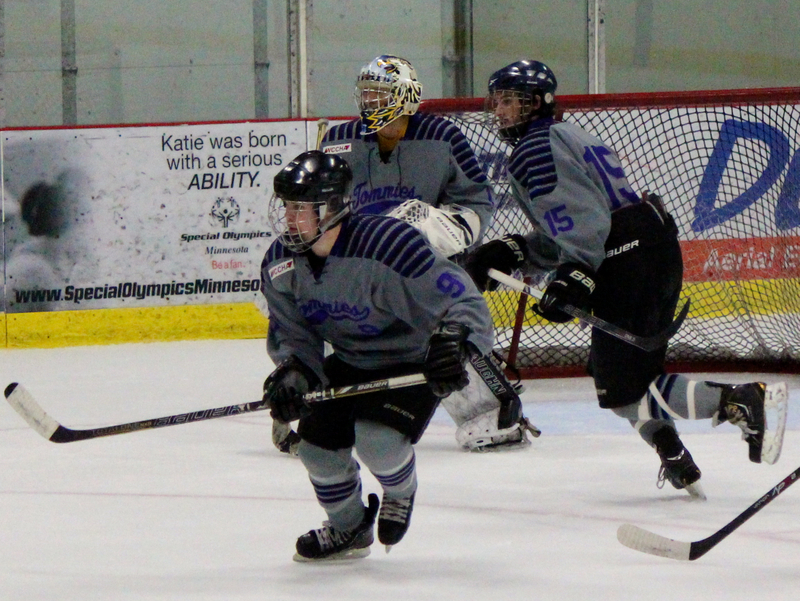 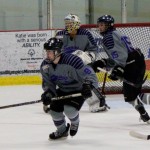 University of St. Thomas in command at the break

St. Thomas Holds Top Spot at Break, but Others Closing In

As the upper Midwest settles in for what is sure to be a long winter, the competition already hit a peak as the first semester of action in the WCCHA recently culminated.  Sitting atop the pile at the break is St Thomas, who rode a late 6-2 streak – including sweeps of UW-Eau Claire and Minnesota – to the pinnacle of the league with 18 points. However, the Tommies have completed their conference schedule while Waldorf College at 17 points and St. Cloud State at 16 points remain within striking distance, each with one conference series left to complete.

In the middle of the pack, Northern Michigan could yet make noise with three league games remaining, although a very difficult trip to Waldorf awaits in January before a belated second game against Minnesota. Ready to pounce on any slip-ups is Minnesota Duluth, who can still jump the Wildcats with a solid showing in their final series against Minnesota. UW-Eau Claire has made a very admirable start to their conference tenure with a split against Waldorf and a sweep over UMD, and has room to make a move with four conference games remaining.

Unfortunately, every league must have teams at the bottom, a place currently occupied by the University of Wisconsin and Minnesota, both with 6 points.  The Gophers have three games remaining to the Badgers’ two, although Wisconsin holds the head-to-head tiebreaker, having swept Minnesota just before the break.

Here is a closer look at each team’s season so far:

St. Thomas (15-8-0 overall, 9-5-0 WCCHA) – Coming off what could be considered a few down years for this regional power, UST endured a slow start to the season as an overhauled lineup searched for familiarity and consistency.  An early sweep at the hands of Waldorf could have set the tone, but the Tommies appear to be getting better with every game played and strong play through the last two months have seen the team climb to the top of the WCCHA at semester.  St. Thomas has also shown well in non-conference games, including a win over highly ranked DePaul at the ACHA D2 Showcase. 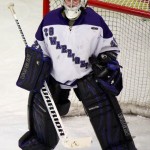 Waldorf College (12-8-3-0-1 overall, 8-3-1 WCCHA) – Solid defensive play and timely scoring has been a hallmark this season for the Warriors, who have spent plenty of time atop the standings through the season.  Along with NMU, Waldorf appears to be a team that enjoys playing at home, earning six of their league wins while playing an unbalanced home schedule. Waldorf has earned a spot in the rankings each period so far this season, and a strong finish in the conference and at the tournament could put them in position for a trip to Regionals.  The team has battled well in non-conference games, including a tie and close loss on the road to Southeast #1 Florida Gulf Coast. 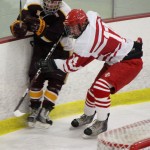 St. Cloud State (10-4-2 overall, 7-3-2 WCCHA) – The Huskies average the most goals per game in league play at 5.25 per game, and currently hold the best goal differential with two games left to play.  SCSU has also earned at least a point from every team they have played, despite tough road trips to Waldorf and Northern Michigan.  A player on the regional scene the past few years, SCSU will look to recapture the Carla Berg Trophy in February – perhaps as the top seed.  Non-conference results include an emphatic series sweep over Bemidji State and a win against North Dakota State (ACHA D1). 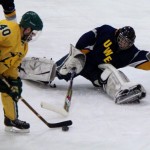 Northern Michigan (14-11-2 overall, 5-4-2 WCCHA) – The WCCHA’s representative at Regionals last season, the Wildcats at times have struggled this year due to their intense non-conference travel schedule. However, they remain a strong team that challenges each and every night as illustrated not only by their position in the standings, but also with their strong goal differential at +20.  Despite their road woes, NMU carries perhaps the best home-ice advantage in the league, having yet to lose a game while posting a 4-0-2 record.  In non-conference action, NMU recently earned an elusive victory over a ranked opponent with a split against Robert Morris-Chicago.

Minnesota-Duluth (11-7-0 overall, 5-7-0 WCCHA) – Last year’s WCCHA Champions continue to be a threat, despite a large turnover in their roster from the previous season.  Still, consistency has eluded the team so far this season in their search to retain the conference crown.  Sweeps of NMU and Wisconsin and a split at Waldorf have secured their place as a contender, but sweeps at the hands of SCSU and St. Thomas may doom them to a low seed and “away” spot in the first round of the WCCHA tournament. Out of conference, UMD has swept South Dakota State (ACHA D3) and St. Mary’s (MN).

UW-Eau Claire (7-5-1 overall, 4-5-1 WCCHA) – The newest member of the league may not be at the top, but early results – and the largest remaining schedule – have set up the Blugolds with the opportunity to move up in the standings and earn a high seed in the conference tournament. Following last year’s surprise consolation victory set the stage for the team’s entry into the conference this season, but a sweep of Minnesota-Duluth and splits with Waldorf and Minnesota show they belong. Tough conference games remain, however, as team travels to St. Cloud State before returning home to host Wisconsin.  Non-conference results so far include a split with St. Mary’s (MN) and a thrashing of UW-Oshkosh. 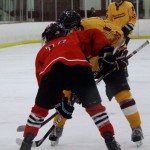 Wisconsin (5-15-0 overall, 3-9-0 WCCHA) – The Badgers are a team in transition, having recently graduated their first full class of players in school history.  Despite the new-look, the team has worked hard to improve over the course of the season as results are starting to show.  A well-earned win over visiting St. Thomas in November and a recent sweep over Minnesota have provided an opportunity for the Badgers to move up in the conference standings with positive results in their last league series. Meanwhile, the team has struggled in non-conference action, but has earned victories over St. Mary’s (MN) and UW-Oshkosh.

Minnesota (4-9-0-1 overall, 3-8-0 WCCHA) – The four-time WCCHA champions are struggling to match their top form of recent seasons, but have managed some results that should put the rest of the conference on watch.  The Gophers’ three wins in conference have come against UW-Eau Claire, St. Cloud State and Northern Michigan, but inconsistency plagued the team in sweeps at the hands of Waldorf, St. Thomas and Wisconsin.  Similarly, two wins over Wisconsin-Superior are tempered by two losses to North Dakota State (ACHA DI) in non-conference play.