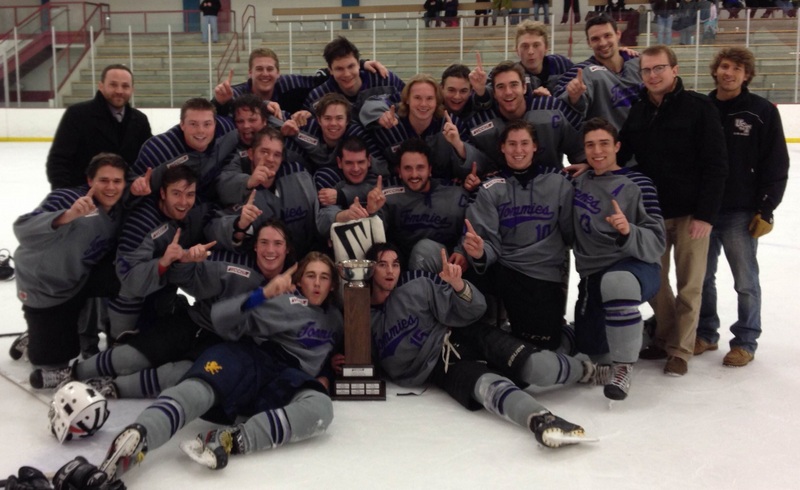 (Recap and photos courtesy of the WCCHA) 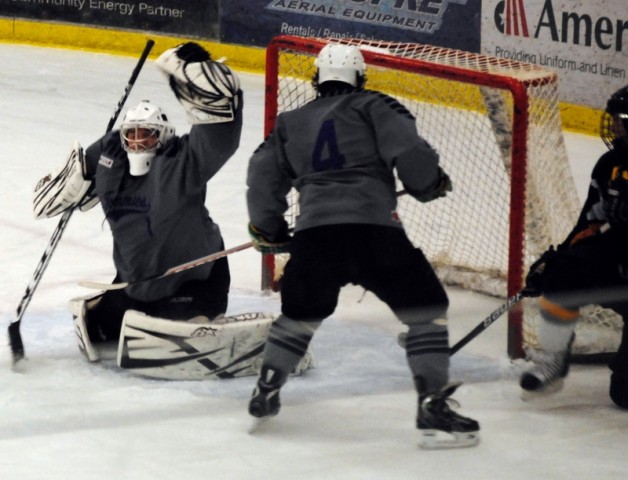 (Blaine, MN) – With the Central Region’s highest scoring offense in tow, the University of St. Thomas rode their scoring – and a bit of defense – to capture their first ever WCCHA title this past weekend.  The Tommies earned their championship with a football-score like 11-6 quarterfinal victory over the University of Minnesota, a close fought 3-2 semifinal win over UW-Eau Claire, and a championship game victory over St. Cloud State by a score of 9-3.

While #2 St. Thomas emerged from their half of the bracket as expected, #4 St. Cloud State earned their fifth straight trip to the final by virtue of a heart-stopping, shootout win over tournament favorites Waldorf College.

St. Thomas and St.Cloud split their season conference series, each holding a lopsided victory that evened out to a zero goal differential.  With that in mind, neutral observers would have expected to be in for quite a show.

A show is what spectators got, although the story line was likely not what most expected.  Just 12 seconds into the game, St. Thomas forward Will Pavek jumped on a loose puck in front of the SCSU net and buried the opening goal, much to the surprise of Huskies goaltender Patrick Bergan.  Emboldened by their early goal, UST applied high pressure, earning their second of the night halfway through the period through forward Alex Turtinen.  Near the end of the stanza, the Tommies added two more goals, including a power play snipe from Brendan Wise and an even strength tally from Riley Williams.

St. Thomas refused to pump the breaks entering the second, and the period played out much like the first.  The first shift of the period once again proved effective for UST, as it was Forward Andrew Knudsen who buried the goal just 27 seconds in to grow the lead to 5-0.  Additional goals from Shael Hechter (2) and Patrick Kegley saw the second period finish 8-0.

As the third started, the game slowed a bit, but not before Hechter completed his hat trick to make the score 9-0 about two minutes in. For their part, SCSU did not give up in the third and fought their way back to score three goals. First up was Captain Danny Grant finishing off a nice one-two play, while Zach Ticha buried a power play goal. Finally, forward Matt Johnson scored on the final shift of the game.  Despite the late goals, though, it was definitely St. Thomas’s night as the 9-3 victory saw the team earn their first ever WCCHA conference title and a placard on the Carla Berg Memorial Cup as 2014 WCCHA Champions. 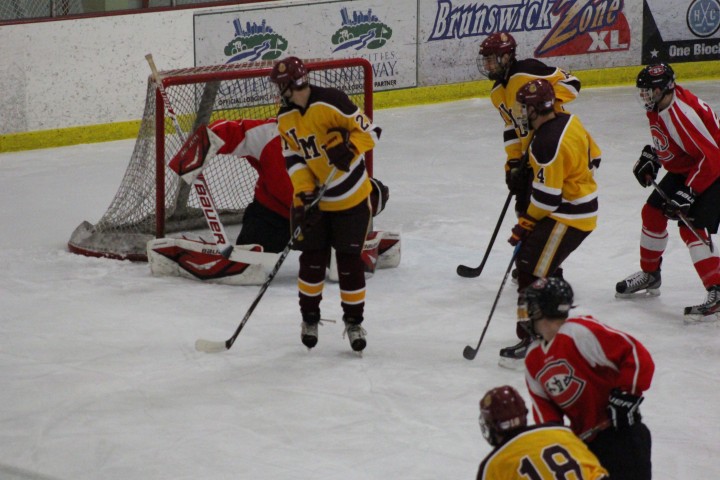 UMD scores against St. Cloud in a quarterfinal game

The action started on Friday with all eight teams hitting the ice. In the first quarterfinal of the evening, #1 Waldorf took on #8 Wisconsin, ultimately earning a comfortable 9-0 victory.  The second quarterfinal saw #2 St. Thomas overcome #7 Minnesota, while a back-and-forth contest in the third quarterfinal saw #3 UW-Eau Claire earn a last minute victory over #6 Northern Michigan 3-2.  In the final quarterfinal of the night, #4 St. Cloud State set aside #5 Minnesota-Duluth with relative ease with a final of 9-3.

The semifinal round kicked off on Saturday morning, with St. Thomas taking on UW-Eau Claire in the early game.  The Tommies opened the scoring, going up 2-0 before UWEC answered with a goal with a minute to go in the first.   The teams exchanged goals in the second, while UST held on in a hotly contested third to move on to the final by a score of 3-2.  In the second semifinal, Waldorf met St. Cloud State in a game that would come down to a shootout.  The back-and-forth action saw the game end with 4 goals each way, and after a scoreless overtime period, St. Cloud State buried 2 of their first three chances in the shootout to move on to the championship game.

In the consolation round also played Saturday morning, Northern Michigan and Minnesota skated to a regulation tie at 2-2, with Northern Michigan emerging from a shootout to take the bragging rights.  In the late game, Minnesota-Duluth overcame Wisconsin by a score of 4-2.

Prior to the championship on Saturday evening, the third place game featured Waldorf and UW-Eau Claire.  Having shown plenty of fight through their first two games, the Blugolds would not back down against the top-seeded Warriors.  A strong second period earned UWEC a two goal lead at 3-1, and another in the third saw the league’s newest members finish in 3rd place with a 4-1 victory.

Prior to the tournament, the WCCHA named this season’s All-Conference Teams:

All award winners (including Honorable Mentions) can be viewed here: 2013-2014 WCCHA All-Conference Teams