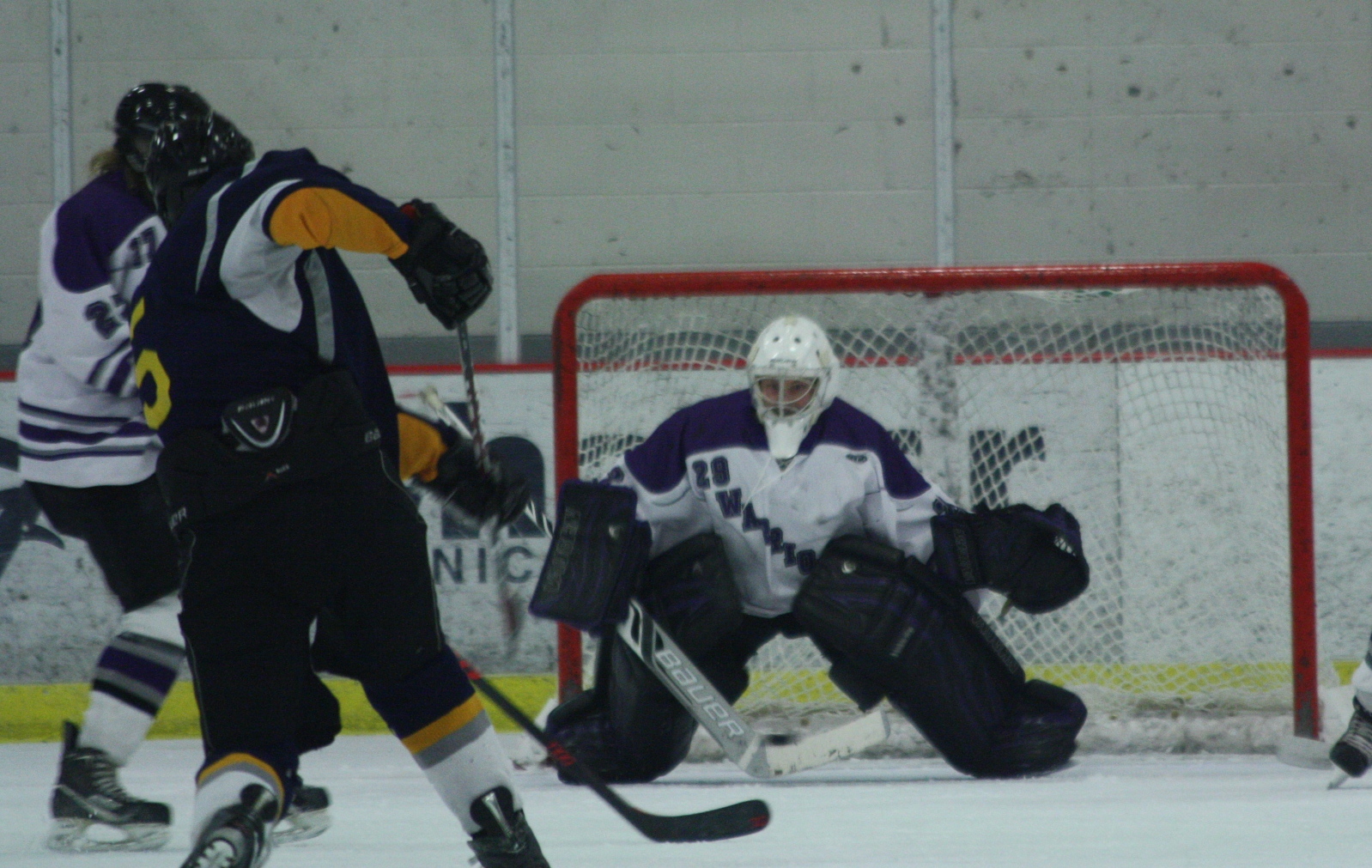 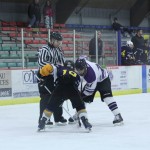 Saturday night, Nov 23, set the tone for the weekend with both squads displaying physical approaches.  Senior Dillon Gavazzoni put the Blugolds up inside two minutes played in the first.  The Warriors gained the equalizer midway through the second period and the score would stand into the third period.

UWEC’s Jon Roessler would be the difference in the final frame, scoring two goals in less than a minute.  Needing at least two goals with just over six minutes to play, the Waldorf Warriors would only collect one goal in the third period as the Blugolds took the first game of the series, 3-2.  Eau Claire’s Ryan Laughlin had a solid showing in goal, racking up 33 saves on 35 shots.

Waldorf hit the ice with vengeance on Sunday, Nov 24, and put UWEC at a large deficit early.  They pushed the offense early and released a flurry of shots, posting four goals in the opening period.  Freshman, Jonathon Hultgren netted the powerplay and eventual game-winning goal at 8:39.  Lane Sanderson, Jess Enquist and Artem Savelyev all posted goals to give the Warriors the 4-0 lead after a single period.

The second period remained quiet for both sides as they worked to kill penalties.  Waldorf’s offense emerged again in the third as Dalton Kaake posted their fifth goal on a powerplay opportunity.  Michael Nelson gained the shutout, fending off 33 shots.  Final score, Waldorf 5, UWEC 0.

IN OTHER CONFERENCE PLAY:

The latest version of this crosstown rivalry ended in St. Thomas’ favor as the Tommies took both games of this home and home series.  Friday night in Minneapolis was highlighted by a four goal night from Sam Olson as UST took game one by a score of 6-2.  Saturday night in St. Paul played out in similar fashion, as the St. Thomas offense overwhelmed Minnesota on the way to an 8-4 victory.  Once again the game was highlighted by a four goal performance – this time by Freshman Will Pavek – as well as a four point night from team leading scorer Shael Hechter.

UMD hosted St. Cloud State in another key conference match-up this past weekend.  In a replay of the conference championship game last year, St. Cloud controlled the first game on Saturday with a 6-2 win against a short-benched UMD club.  UMD, with injuries to several key players in the last 3 weeks, played with only 12 players.  St. Cloud came out strong to start the second game on Sunday, but UMD battled back making it a 4-3 game at one point in the 3rd period.  With UMD pressing, St. Cloud’s goaltender made a spectacular save on the penalty kill to keep the Huskies’ lead intact.  Despite UMD’s strong play in the third period, St. Cloud scored a late goal and then added an empty netter for the 6-3 win.

In the most recent rankings released Tuesday, November 26, five WCCHA received votes from the ranking committee.  Leading the way is Northern Michigan at #12 despite a slow start to the conference season. Right behind is Waldorf at #13, who is currently second in the league, followed by current conference leader St. Cloud State at #15. While not earning a position in the top 15, both St. Thomas and Minnesota-Duluth received votes this ranking period.  The next rankings will be released following games played through December 15.