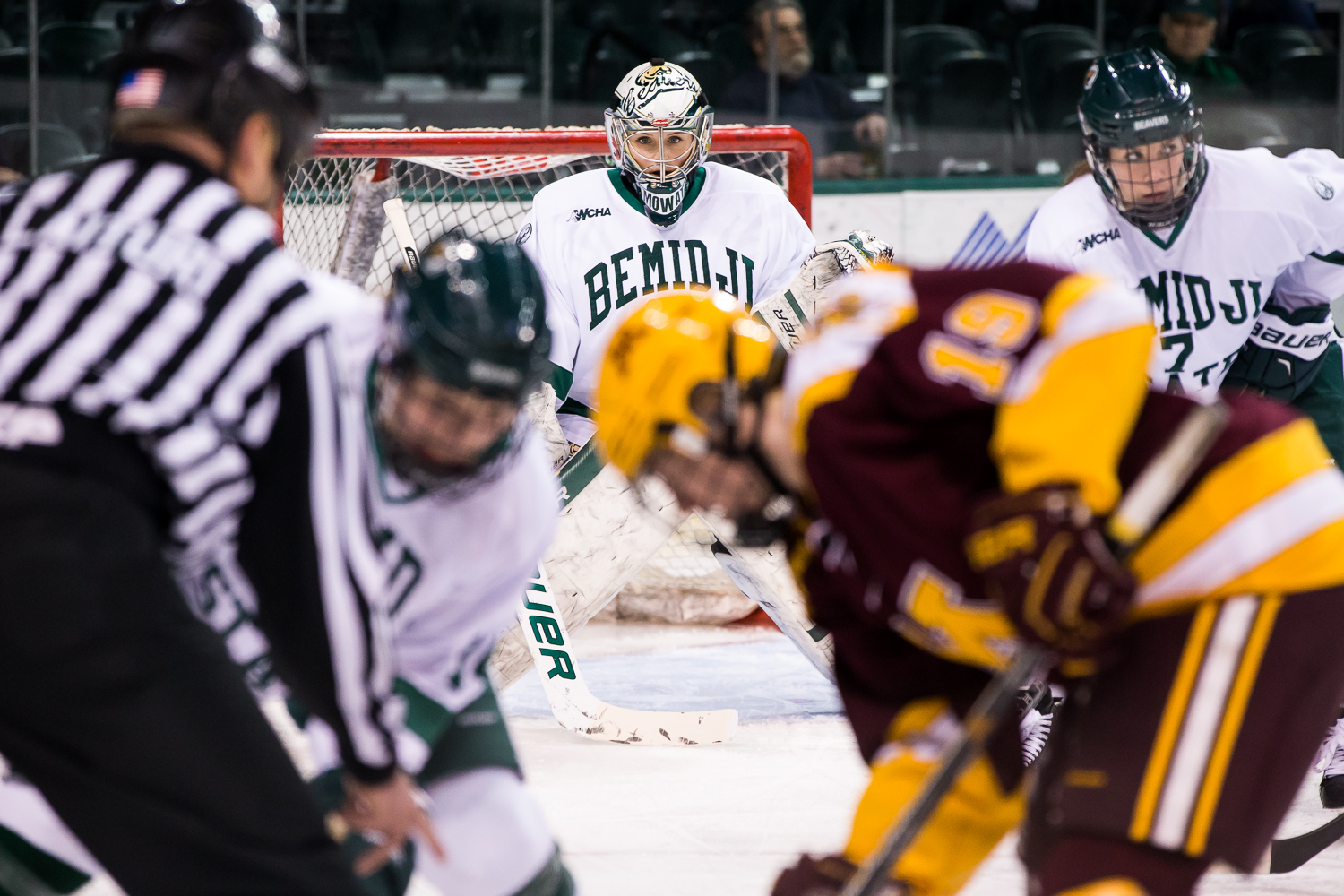 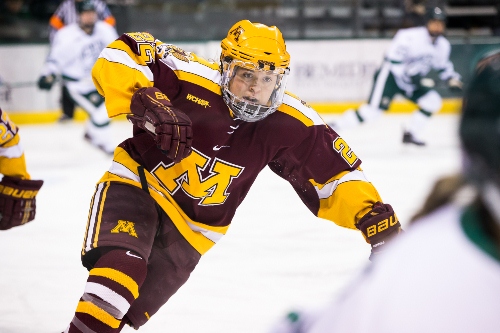 Key returnees: Minnesota senior forward Hannah Brandt (34g-40a=74pts), the two-time defending WCHA Player of the Year, a first-team All-American and a top-3 finalist for the Patty Kazmaier Award, was picked by league coaches as the Preseason Player of the Year. Brandt, along with second-team All-American (and U.S. teammate from the 2015 World Championships) Dani Cameranesi (23g-42a=65pts) join with WCHA All-Rookie team selection Kelly Pannek (14g-30a=44pts) to give the Gophers some of the league’s most dynamic scorers. Amanda Leveille, who last year ranked second nationally with a .946 save percentage and has spent time this summer with the Canadian National Team, is a veteran presence in goal. Lee Stecklein, a second-team All-American last year and veteran of the 2014 U.S. Olympic Team,  anchors a blue line corps which also includes Milica McMillen and Sydney Baldwin.

Top newcomers: Freshman forward Sarah Potomak received the most coaches’ votes for WCHA Preseason Rookie of the Year, while Frost said he expects defenseman Sophie Skarzynski and forward Taylor Williamson to contribute as well in their rookie seasons.

Outlook: The Gophers are the preseason coaches’ choice to win another WCHA title and go into the season ranked No. 1 in the country by USCHO.com.