Conference title is on the line this weekend in Grand Forks. 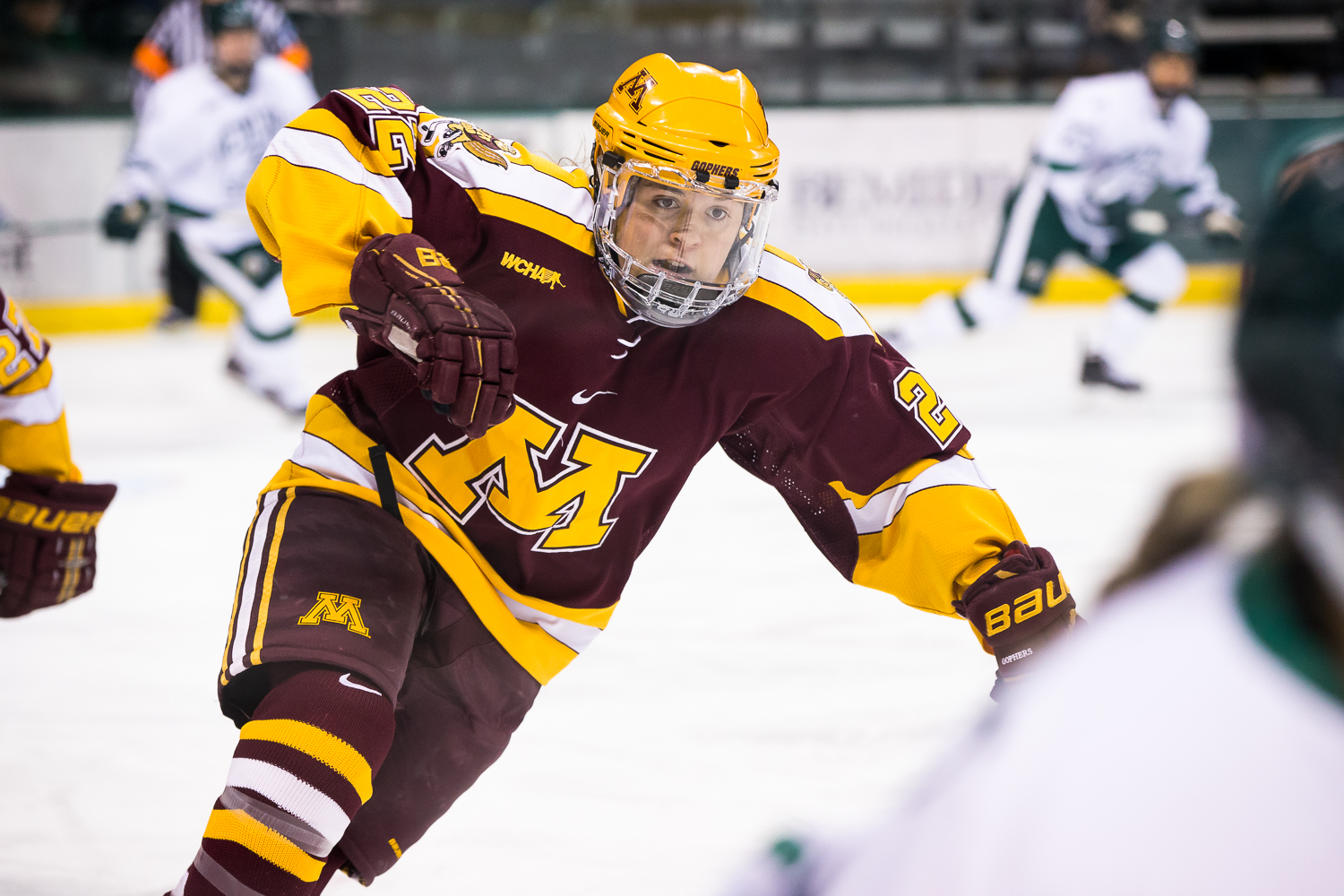 Two-time WCHA Player of the Year Hanna Brandt and the Gophers must get past a stingy Bemidji State team if the want to advance to this weekend's WCHA Final Faceoff title game on Sunday at Ralph Engelstad Arena in Grand Forks, N.D. (MHM Photo / Brent Cizek)
Prev6 of 6Next
Use your ← → (arrow) keys to browse

The Beavers have played the Gophers tightly this year, with a win and a tie back in November and two close losses on the last weekend of regular-season play. Minnesota needs to create offense and connect on plays even against BSU’s tough defense. Production on the power play would also help the Gophers win the special-teams battle. For Bemidji State, the key will be breaking up Minnesota’s chances from in tight, and making sure they get shots off when they create chances of their own.

UND has yet to beat Wisconsin this season, but has looked much better since the last time these two faced off back in December. If the Badgers can stick to their guns and control play, they should dominate possession and give up few quality chances to North Dakota. For UND, the key will be breaking up that possession and forcing the Badgers to chase and regroup as often as possible.