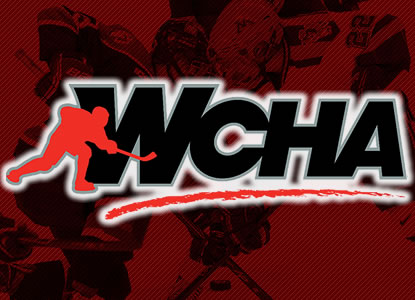 The Western Collegiate Hockey Association (WCHA) made its move to the Twin Cities official on Monday while concurrently introducing a pair of new faces and saying goodbye to two long-time WCHA staffers.

The WCHA, under new commissioners Bill Robertson (men) and Aaron Kemp (women), opened its new offices in Edina in late August, a move which consolidates the league’s operations into one location after decades split between Denver, Colo. and Madison, Wis. under previous commissioners Bruce McLeod and Otto Breitenbach.

Robertson and Kemp both believe having the offices in one location will assist the league in marketing, promotional and sponsorship/partnership opportunities as should the announced the additions of Matt Hodson and Alyssa Bennett.

Hodson, the WCHA’s new associate commissioner for public relations, will oversee the league’s external and internal communications, brand marketing and social media. Hodson was with the San Francisco Giants media relations staff from 2001 until 2008 and also served as the assistant athletic media relations director at Stanford University

A native of Sacramento, Calif., Hodson graduated from Santa Clara University. He and his wife, Betsey, reside in Minneapolis with their two children.

A Minnesota native and St. Paul resident, Bennett attended the University of Minnesota, Twin Cities and joins the WCHA with a background in business consulting for a strategic consulting firm in Minneapolis. She has experience working with corporate, non-profit and sports organizations and helping clients reach business objectives through communication and marketing tactics.

“We are very excited to add Ms. Alyssa Bennett and Mr. Matt Hodson to our WCHA staff and I believe they will be able to make an impact on our overall operations,” Robertson said in a statement released by the league.

Bennett and Hodson will start their new jobs in mid-September while Bill Brophy will continue to assist the conference in public relations for the women’s WCHA. Greg Shepherd will remain as Supervisor of Officials for both the men’s and women’s league and is also based in the Twin Cities.

In greeting Hodson and Bennett, the league says a fond farewell to Carol LaBelle-Ehrhardt and Doug Spencer, long-time aides to retiring commissioners McLeod and Sara Martin. Labelle-Ehrhardt, who worked in the WCHA office in Denver, Colo. with McLeod, has been the associate commissioner for operations and helped in the growth of the WCHA Final Five tournament, one of the premier events in men’s hockey, at Xcel Energy Center in St. Paul, Minn. Spencer has served as the league’s associate commissioner for public relations under Breitenbach and McLeod for 28 years in Madison, Wis.

“Both Carol LaBelle and Doug Spencer have served our conference so well for many years and we wish them nothing but the best in their future endeavors and appreciate all their assistance during the transitional period,” Robertson said.

“We appreciate all the work Carol and Doug have done in making the WCHA such a recognizable and respected name in college hockey,” said Kemp. “We wish them well. We also look forward to Matt and Alyssa helping us build on the WCHA brand which Carol and Doug and the member-institutions have established.”