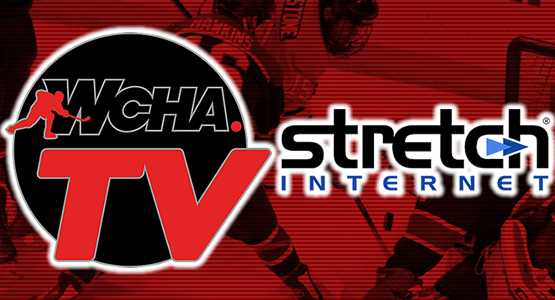 It’s been a busy week for the Western Collegiate Hockey Association (WCHA). In addition to launching its new web platform, the league also began selling subscription packages for WCHA.tv – the online streaming platform of the men’s WCHA.

The conference has partnered with Stretch Internet to allow fans to watch all 10 league teams and up to 196 games during the 2015-16 season on just about any device – computer, tablet, phone and many Smart TVs – with a responsive experience customized for that particular medium. High-quality HD streams, when available from the originating arena, will be viewable in multiple screen layout options (including picture-in-picture, multi-view format to watch up to four games simultaneously and full-screen video).

Live and archived game broadcasts, from the season’s opening face-off through the Broadmoor Trophy championship game, are available through the following WCHA.tv subscription packages:

“We are excited to get the 2015-16 season underway, and are thrilled to offer our fans a variety of options to watch the league and their favorite team via WCHA.tv,” said WCHA Commissioner Bill Robertson in a league release. “Our partnership with Stretch Internet will give WCHA fans the best possible experience with high-quality, easily accessible and multi-faceted streaming broadcasts.”