No. 1 – University of Wisconsin Badgers 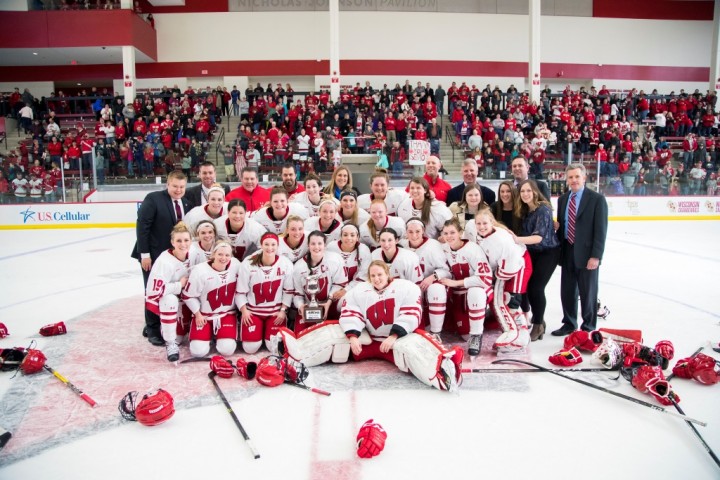 The Badgers are the team to beat. They’ve been number one in the nation since the first preseason poll and lead the nation and the WCHA in almost every statistical category.

With an in-conference record of 22-2-4-3, the only team that was able to split their season series with them was the Gophers. They’re the only team in the nation that allowed less than one goal per game on average at 0.91 per game. Amazingly, it was even less when starting Ann-Renee Desbiens was between the pipes. She leads the nation with a 0.741 goals-against average.

The Badgers start the playoffs with a series against the eighth-ranked Mavericks. In four games against the Mavs this season, the Badgers went 4-0 with a 16-2 goal differential. There’s an expectation that they’ll be able to march through the first two rounds with relative ease.

Annie Pankowski, Jr, F — Though Desbiens is the one who is capable of single-handedly stealing games, Pankowski has been outstanding after an early-season slump. Considering she didn’t score at all in the first nine games of the year, it’s amazing she finished the regular season ranked seventh in points.  She put up 20 goals and 16 assists in the final 20 games of the year.

No. 1 – University of Wisconsin Badgers