No. 2 – University of Minnesota Golden Gophers 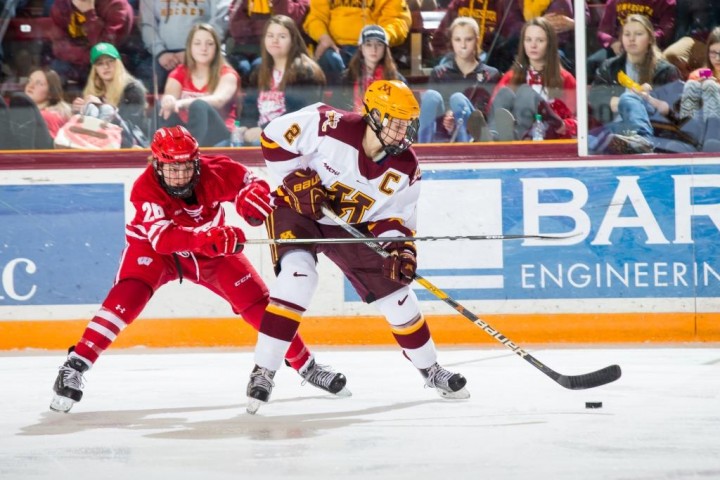 The Gophers are the back-to-back national champions, but it’s a much different team they’re fielding this year. They’ve had a somewhat trying year. It took a little bit for the Gophers to figure out their line combinations and turn it into offensive production. They eventually did, in part because of an incredible top line of Kelly Pannek, Dani Cameranesi, and Sarah Potomak. When that line was together, they ranked one, two and three in scoring nationally.

But Cameranesi went down with an injury, as did freshman forward Alex Woken. That left them again trying to figure out their depth. They appear to have left that frustration in the dust. They’re hitting the playoffs with more forwards contributing than at any point previously.

Additionally, junior goaltender Sydney Peters has found her rhythm. There were fits and starts during her first season as a starter, but she closed out the season with standout performances, including two overtime games against the Badgers in which she allowed just a single goal on 69 shots.

To boot, the Gophers entered the final week of play with the best power play and best penalty kill in the nation. Both fell a bit after their final series, but special teams are an asset. They may not get Cameranesi and Woken back, but they proved late in the year that young players and depth forwards are up to the challenge. They’ll open the playoffs against Bemidji, who shut out the Gophers early in the year.

Kelly Pannek, Jr., C — Pannek stepped into the spotlight this year. She’s become a top-tier playmaker who coach Brad Frost leans on in every situation. She kills penalties, leads the power play, and logs a boatload of five-on-five minutes.

No. 2 – University of Minnesota Golden Gophers