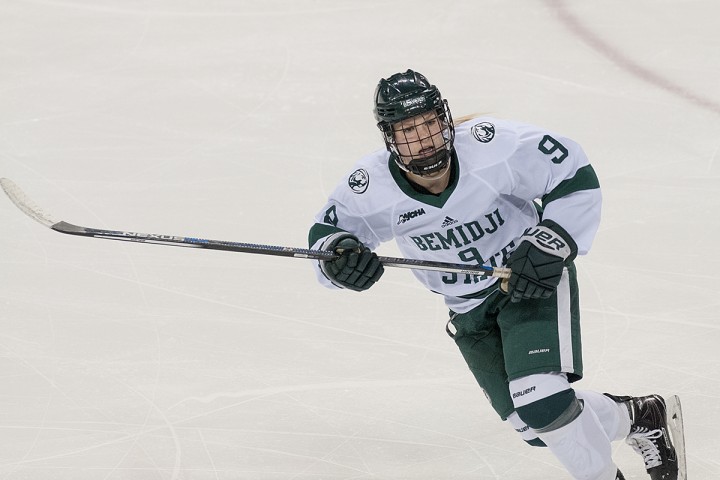 After finishing third in the WCHA last year, the Beavers have taken a fall in the standings. Part of that was losing a whopping 10 seniors, including their top four points per game producers.

Coach Jim Scanlan has repeatedly noted the future is bright. However, this year has been tough. The losses may overshadow all that has gone right for young players, as well as good performances from junior forward Alexis Joyce and defenseman Madison Hutchinson.

Bemidji has their work cut out if they want to make a mark in the playoffs. They open the postseason against the Gophers.

Emily Bergland, So., F — The sophomore leads the team in points with 25. That’s a tidal shift after she put up just four points (3-1-4) in her freshman campaign. She’s a player to watch in part because she found her rhythm late in the season. She has been on a tear with points in nine of the team’s last 10 games, as well as 11 goals and four assists in the last 14 games.