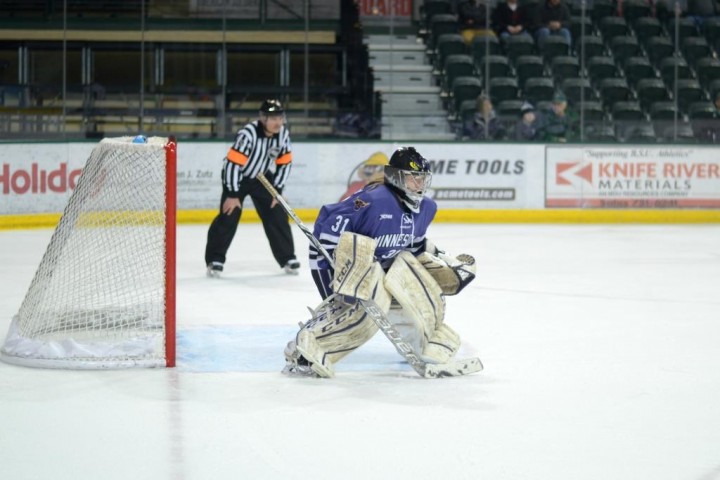 The Mavericks have an impossible task in front of them. Beating the top-ranked Badgers is unlikely. No unranked team did it this year (though Ohio State did play them to a tie early in the year).

On the upside, Minnesota State has struggled mightily the last couple of years. In fact, they hadn’t won an in-conference game since February of the 2014-15 season. This year, the team took a big step forward. They posted four wins with a 4-21-3-1 record against WCHA opponents. It was a significant season and should give the program hope that they won’t be at the bottom of the conference forever.

They’re a young team and almost all of their leading scorers are returning next year with important contributors like Emily Antony, Corbin Boyd, and Jordan McLaughlin only in their second year of college play. And though senior goaltender Brianna Quade is moving on after this year, they’ve seen positive signs from sophomore Katie Bidulka and freshman Chloe Crosby, who finished the season by getting her first two starts. Those games resulted in her being named WCHA Rookie of the Week. In their second game against Bemidji, she led them to a win by stopping 40 of 41 shots.

Anna Keys, Jr., D — Keys has been a key offensive producer with three goals and 11 points on the season. Between her offensive ability and being one of their most dependable defensemen, Keys and the rest of the blue line will have to put in stellar performances at both ends to give the Mavericks a shot at a massive upset.