Parise sparks Wild to must win in return to the lineup 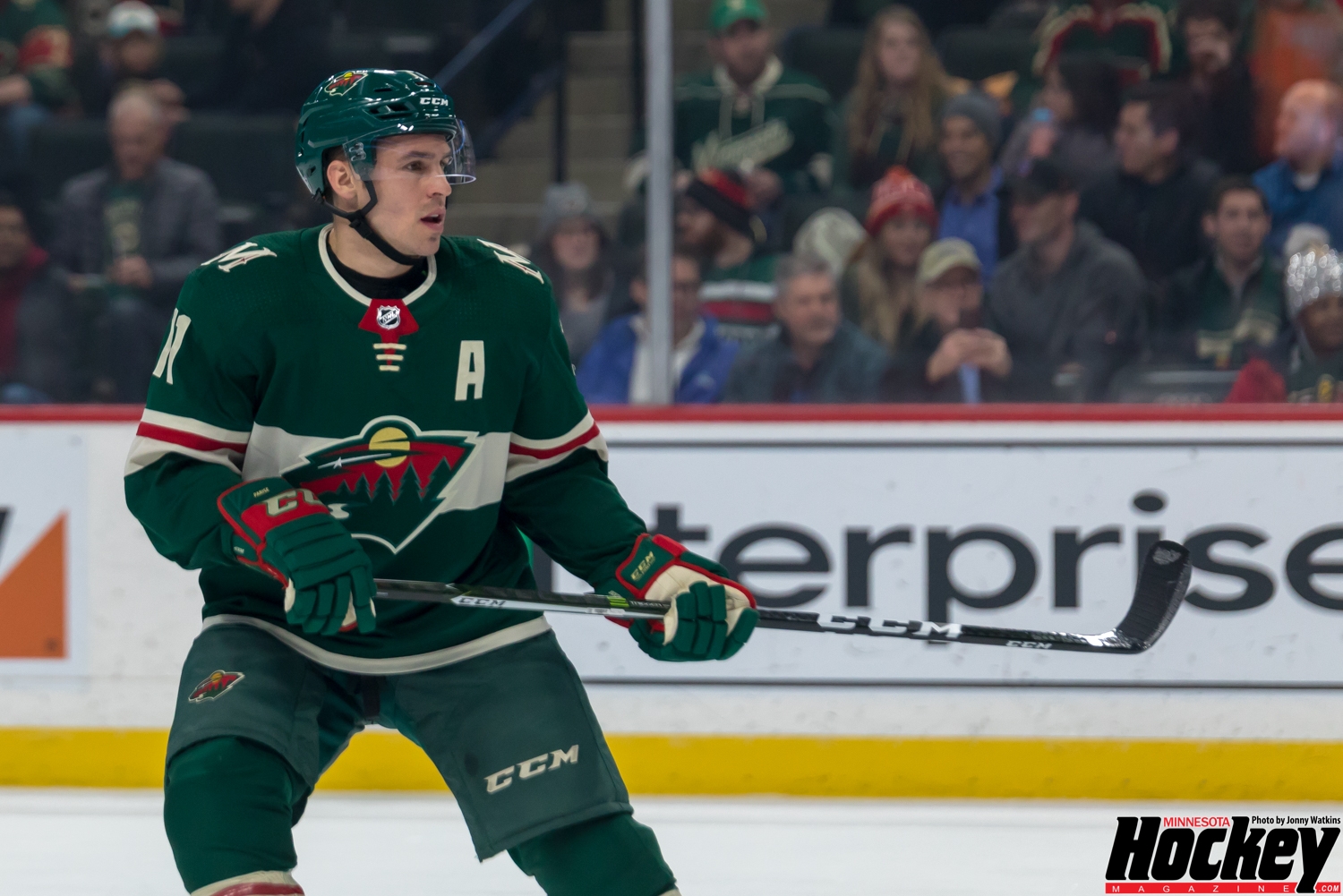 Parise sparks Wild to must win in return to the lineup

St. Paul — With the Minnesota Wild’s odds of making a seventh straight postseason appearance growing longer with each day as March came to a close, a four-game injury absence by its leading scorer could not have come at a worse time. The Wild scored a total of four goals in dropping three of four games as Parise nursed a lower body injury and faced a literal must-win game against the Winnipeg Jets on Tuesday night at Xcel Energy Center.

Parise scored twice in the first period of his return to the lineup leading the Wild to a 4-1 win over the playoff-bound Jets, giving Minnesota fans a glimmer of hope. A loss would have officially eliminated Minnesota from playoff contention for the first time since the 2011-12 season, Mike Yeo’s first season behind the bench.

It was a brief respite from the inevitable, though, as the Colorado Avalanche came back from a two-goal deficit to the Edmonton Oilers with six unanswered goals for a 6-2 win about an hour after the Wild skated off the ice. The two points were all the Avalanche needed to clinch a playoff berth and essentially end Minnesota’s season.

“We were on the bench pretty excited when you see it’s see it’s 2-0 Edmonton and then next thing you look up and it’s 4-2, it’s kind of demoralizing,” Parise said before the final outcome was known. “It’s too bad we’re in that spot.”

On the bright side, it took all of 9:04 for Parise to give his team a one-goal lead when he scored one of the goofiest goals of his career when Wild defenseman Greg Pateryn fired a shot from along the goal line that bounced off Winnipeg goaltender Eric Comrie. The puck came right to the stick of Parise who deflected it high in the air where Comrie lost sight of it until it dropped between his back and the crossbar and into the net.

“Fluky, fluky goal I guess, but at the time, you know, you’ll take anything.”

Comrie, making just his fifth NHL start and first of the season, struggled mightily in making XX saves in his season debut for the Jets.

Just over three minutes later, Parise jumped over the boards just in time to swat a loose puck with one hand ahead of Eric Staal as he entered the Winnipeg zone. Before Staal could reach it, however, he was tied up by Jets center Bryan Little but Parise chased down his own pass below the circles and buried a shot behind Comrie for his team-leading 28th goal and 60th point of the season.

Parise’s his first multi-goal game of the season and 48th in his career and gives him a point in his last five games he has played (4-2–6).

“We didn’t get a ton of zone time but we were able to score off the rush which hasn’t really been our strong suit all year,” Parise said “I thought our defensemen we’re getting a little more involved off the rush but I think that that that opened up in a few of the chances that we got.”

Later in the period, a sharp angle shot by Victor Rask beat Comrie giving rask his first goal in 15 games and Minnesota a 3-0 lead heading into the dressing room.

“It was three goals that, you know, I mean, shouldn’t have gone in; I think that haven’t gone in the past and I think that helped,” Minnesota coach Bruce Boudreau said. “But, you know, hey listen, you’re not looking a gift horse in the mouth. When you get a chance to to score five it’s a good thing.”

The WIld’s Joel Eriksson Ek and Winnipeg’s Jacob Trouba traded second period goals making it 4-1 after two before Minnesota’s Marcus Foligno capped the scoring at 15:11 of the final period.

Foligno took J.T. Brown’s drop pass and fired a shot that squirted through Comrie and it trickled across the crease with a net-crashing brown in pursuit. Brown reached for the puck but pulled back at the last second and it crossed the line for Foligno’s 7th goal of the season.

“I thought he touched it for sure. But no, that was a very nice, unselfish play by him,” Foligno said. “Assist or a goal, it wouldn’t have mattered to me but he was pretty smooth with seeing it was going across the line and I appreciate that heads-up play.”