What’s up with Charlie Coyle?

The Wild need to see the aggressive side of their forward 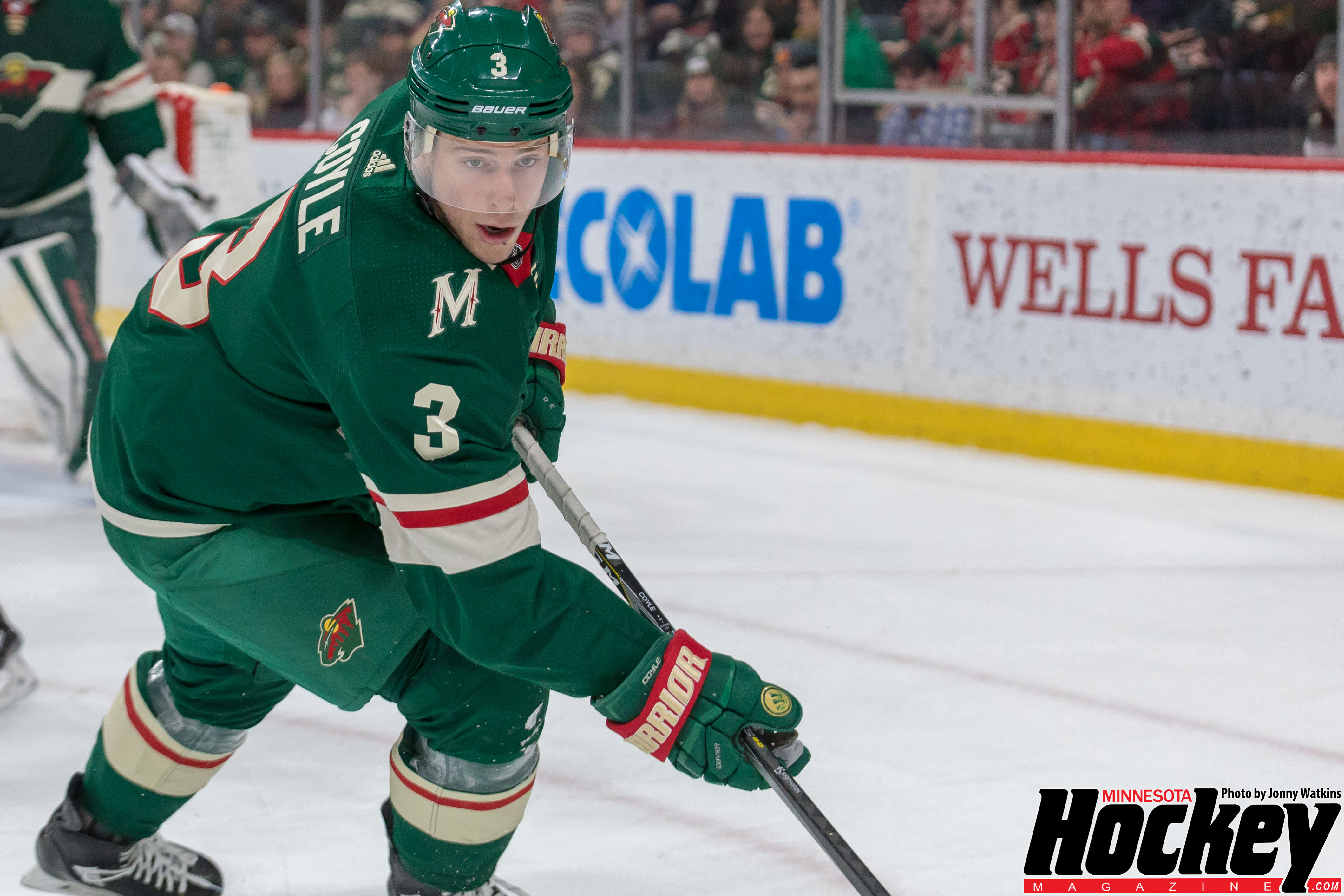 Charlie Coyle could draw attention from across the league at the NHL trade deadline. (MHM Photo / Jonny Watkins)

The Wild need to see the aggressive side of their forward.

It wasn’t an ideal start to the season for Wild forward Charlie Coyle.

After breaking his fibula in the third game of the season, he was sidelined for 16 games and was able to return game action just five weeks later. Upon his return from injury, he was able to generate some offense with 13 assists in his first 30 games but netted just four goals. Coyle, also rarely shot the puck, as he registered just 44 shots during that span.

However, the classic cliche of “good things happen when you shoot puck” started to apply to Coyle’s game. Entering play on Feb. 15, Coyle has four goals in his last seven games while firing 16 pucks on net.

After Minnesota’s 5-2 loss to Washington, Coyle logged 18:59 of ice time, which was the most of any forward.

“I mean he worked hard. I don’t know if he had any shots on goal or anything but I mean Charlie works hard every night,” said Bruce Boudreau after the Wild’s 5-2 loss to the Capitals. “There’s no ifs ands or buts. It’s just always you think that he could start shooting the puck a bit more, he could get more offensive points.”

Boudreau’s not wrong either. In 41 games this season, Coyle has scored in seven of them and in six of those games he’s fired at least three shots on net.

This is nothing new for anyone that’s watched Coyle over the last six years. Fans have seen glimpses of a bulldog mentality and nose for the net that leaves you wanting more. Yet, it’s almost as if he possess a switch, sometimes it’s on and sometimes it’s off.

Where has he been effective? 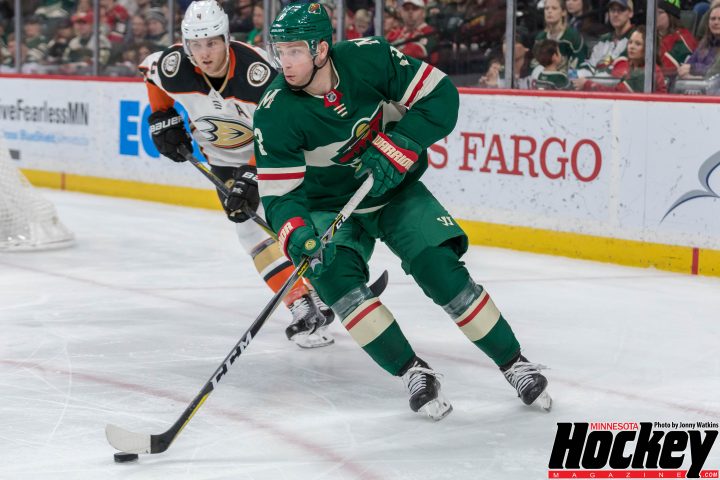 Coyle has earned the bulk of his points this season in even-strength situations – as 20 of 23 points have come five-on-five. He’s seen time on power play units, but probably hasn’t been a mainstay because of his inconsistent nature of shooting the puck.

The former college hockey standout at Boston University has floated between both the wing and center position during his career. Although he may look like prototypical center at 6′ 3″ and 220 pounds, Coyle’s always had trouble winning faceoffs, having won just 46 percent of his draws in his career. But the former first-round pick has been excellent in the circle this season, winning  53 percent of his faceoffs, which is actually the best percentage on the team.

Now winning faceoffs and scoring are two very different things – but his improvement in something he’s historically struggled with provides hope one day he can turn his offensive game around too.

What do analytics say? 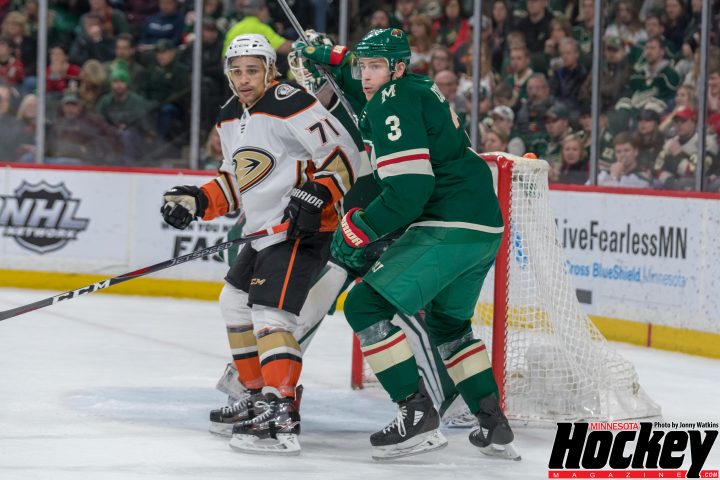 It’s not a perfect statistic, but since the NHL doesn’t have puck possession figures, this is the closest thing to it. Coyle’s Corsi percentage is 47.2 – typically you’d like to be above 50 – which is five points lower than his career average and seven points lower than his career-high figure of 54.4 from last season. In other words, when Coyle’s on the ice this year, opposing team are getting more shots on net.

Now that’s not all on Coyle, as the Wild as a team are averaging just 28 shots per game which is the fourth-lowest total in the NHL. If anything it’s another tell-tale sign that Coyle – and the rest of the team – needs to fire more rubber on net.

Could they move on?

Currently Coyle is in the third year of a five-year contract and has a cap hit of $3.2 million this season. Unlike most of the veterans on the Wild, he doesn’t have a no-move clause which means he could be moved to any team. His name has even been floated around the trade market, according to Michael Russo of The Athletic.

When you consider his friendly cap hit, the fact he’s just a season removed from a career-year and still in his mid 20’s, you can understand why another team would be interested in his services. Now would the Wild be willing to give him up? That remains to be seen.

But for Coyle’s sake, his head coaches sake and for the fans of State of Hockey, Coyle needs to be more aggressive on the ice for the Wild to succeed.