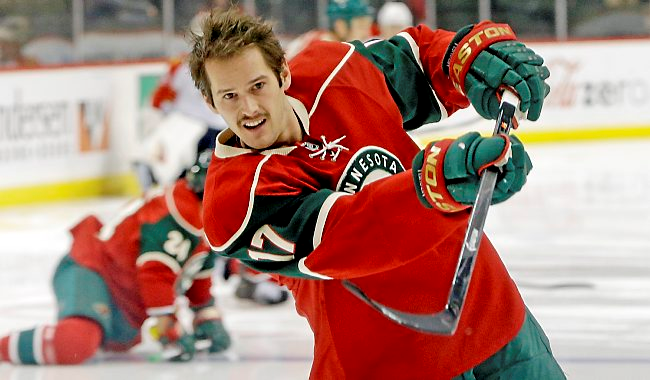 After trading for backup goalie Ilya Bryzgalov Tuesday, the Wild have acquired left-winger Matt Moulson and center Cody McCormick from the Buffalo Sabres in exchange for winger Torrey Mitchell and an undisclosed draft pick, The Buffalo News reported.

The move was reportedly made just a few minutes before the 2 p.m. trade deadline.

Moulson, 30, is in the final year of his contract, meaning he’ll be an unrestricted free agent at the end of this season, something the Wild desired. A three-time, 30-goal scorer provides top-end talent to a Wild team that ranked 25th in goals per game entering Wednesday, and 27th in shots per game.

Moulson was traded from the New York Islanders to the Buffalo Sabres in the move that sent former Gopher Thomas Vanek to the Islanders earlier this season.

McCormick, 30, has played in 358 NHL games, recording 19 goals and 40 assists in those games. He also will be an unrestricted free agent at season’s end.

Mitchell, who reportedly asked for a trade out of Minnesota, is headed to the Sabres.

He signed a three-year contract with the Wild in 2012 but never received the playing time he anticipated after the team added Zach Parise and Jason Pominville. He also had been outplayed by some young players.

This season, Mitchell has been relegated to the fourth line, where he’s recorded one goal and eight assists in 58 games.