With half a season to go, Judd Zulgad gives cynical Wild fans reasons for optimism. 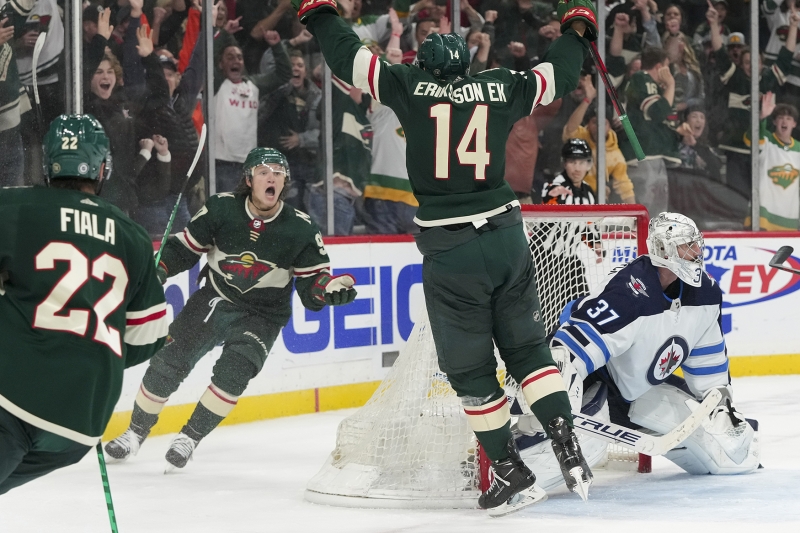 The Wild’s success in the first half of the season should have been enough to make any Minnesota sports fan nervous.

Why? After all, that excellence has been the result of having a superstar in Kirill Kaprizov, a sniper in Kevin Fiala, a deep blue line corps and a solid goaltending duo that includes an All-Star in Cam Talbot. And that’s just the start.

This would cause the majority of fan bases to have a sense of bravado, especially with their team set to return from the All-Star break with a 28-10-3 record (59 points) and a win percentage (.720) that is second in the Western Conference to the Colorado Avalanche (.773).

But longtime Minnesota sports fans know better. Waiting for something to go wrong is a part of their existence. Fortunately, this team isn’t led by the usual suspects who seem predisposed to the sense of dread that often accompanies the type of success the Wild have experienced.

General manager Bill Guerin has won four Stanley Cups, including two during his playing career, and Dean Evason’s calm and confident approach behind the bench only serves to embolden a roster that has gone from self-centered to overflowing with leadership.

It seems too good to be true — there’s that paranoia again — but that’s the interesting thing. From the Guerin to Evason to the locker room, this collection has little interest in playing the, “what could go wrong card” and is far more focused on, “why not us?”

The Wild will return from the break on Tuesday by facing the Jets in Winnipeg as they begin to make up games that were postponed because of COVID-19 and play a portion of the schedule that initially was supposed to be a hiatus for the Olympic break. The Wild is one team that should feel no disappointment from the NHL’s decision to forego participating in the Games. The chance to get back to work as soon as possible is far more important.

The Wild have tied the 2016-17 team for the best first-half performance in franchise history and the team is on pace for a franchise-record 118 points. Minnesota finished with a franchise-best 49 wins and 106 points in 2016-17, but was dispatched by the St. Louis Blues in five games in the opening round of the playoffs. That came during a stretch where the Wild made the playoffs for six consecutive seasons but lost in the first round four times. 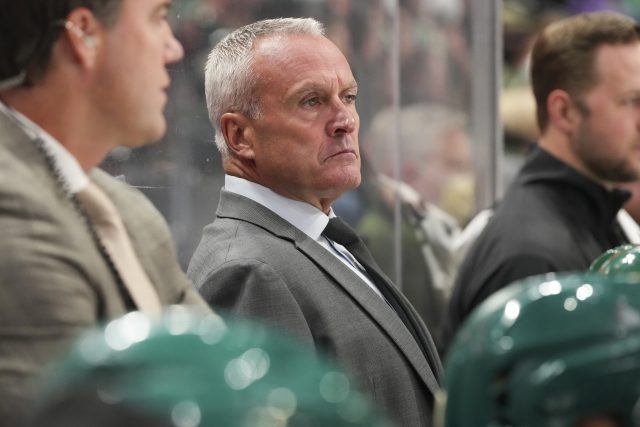 Minnesota Wild coach Dean Evason has been pushing all the right buttons since taking over from Bruce Boudreau nearly two years ago. (MHM Photo / Rick Olson)

The same thing happened last season as the Wild’s success in a pandemic-shortened year — one in which Kaprizov won the Calder Trophy as the NHL’s top rookie — still ended in a first-round playoff loss to Vegas, albeit in seven games. But this version of the Wild feels different. Zach Parise and Ryan Suter were both bought out by Guerin in the offseason and the locker room sounds like it’s a very different place. After almost every victory, Evason raves about the chemistry of this team and how well it works together.

It’s hard to argue considering the team’s point production. There also is a major difference with how this group handles adversity. Where once the Wild seemed to be a group that loved to create crisis, it’s now a collection of players who are nearly unflappable and relish the opportunity to overcome the difficult.

There was a feeling the Wild might be headed for one of their annual funks when they lost their fifth in a row in the Winter Classic against the Blues on New Year’s Day, but that has been followed by the team’s second point streak of nine games or more this season. The Wild will face the Jets having gone 9-0-1 in their past 10. Minnesota is third in the Central Division, one point behind Nashville and nine behind Colorado. The Predators, however, have played five more games than the Wild and the Avalanche have played three more.

“It’s very fun,” said Fiala, who has points in 12 consecutive gams to match Mikael Granlund’s franchise record from 2017. “We’re winning, it feels like all the time, you know. We’re confident we’re going to win every game no matter who we play. It’s still early to say because we’ve got 40 games to go, but I have big confidence in this group that we can go all the way, for sure.”

Kaprizov got off to a slow start after signing a five-year, $45 million contract just before training camp. But those struggles are long forgotten and the first-time All-Star leads the Wild with 19 goals and 53 points in 40 games. Kaprizov already can be called the best player in franchise history and the gap between him and Marian Gaborik gets wider by the game.

Kaprizov also was outstanding as a rookie before accumulating only two goals and three points in the Wild’s playoff loss to Vegas. The Golden Knights focused on Kaprizov, taking away his time and space, and that was a big part of the reason they advanced.

But that’s where Guerin has built what looks like a different team.

The Wild goes four lines deep and winger Matthew Boldy’s impact playing with Fiala since he was called up from Iowa of the AHL has turned Fiala from frustrated to fantastic. That also enables the Wild to use the line of Joel Eriksson Ek between Marcus Foligno and Jordan Greenway as a true third line. Eriksson Ek deserves to be in the discussion for the Selke Trophy given how effective he has been in shutting down the opposing team’s top center.

Guerin lost defenseman Carson Soucy to Seattle in the expansion draft and saw Ian Cole sign with Carolina as a free agent after providing needed leadership on and off the ice last season. Those looked like two potentially big losses. Instead the Wild signed Dmitry Kulikov, Jon Merrill and Jordie Benn and haven’t missed a beat when it comes to depth and production at the position.

Now for the bad news, or at least a dose of reality.

There is no guarantee of a happy ending to this story. The Avalanche are the favorite of many to win the Stanley Cup and the way they have been playing will do nothing to change that. At some point, it’s almost certain the Wild will have to go through Colorado. For longtime NHL fans in Minnesota, it feels a bit like the 1983-84 season, when the North Stars won the Norris Division by 17 points but were bounced in the conference finals by the high-flying Edmonton Oilers.

Of course, that’s coming from a longtime follower of Minnesota sports and someone who is usually bracing for the Wild, Twins, Vikings or Timberwolves to suffer an unfortunate demise. These Wild don’t seem to think like that and, in this case, that’s one of the best things this team has going for it.