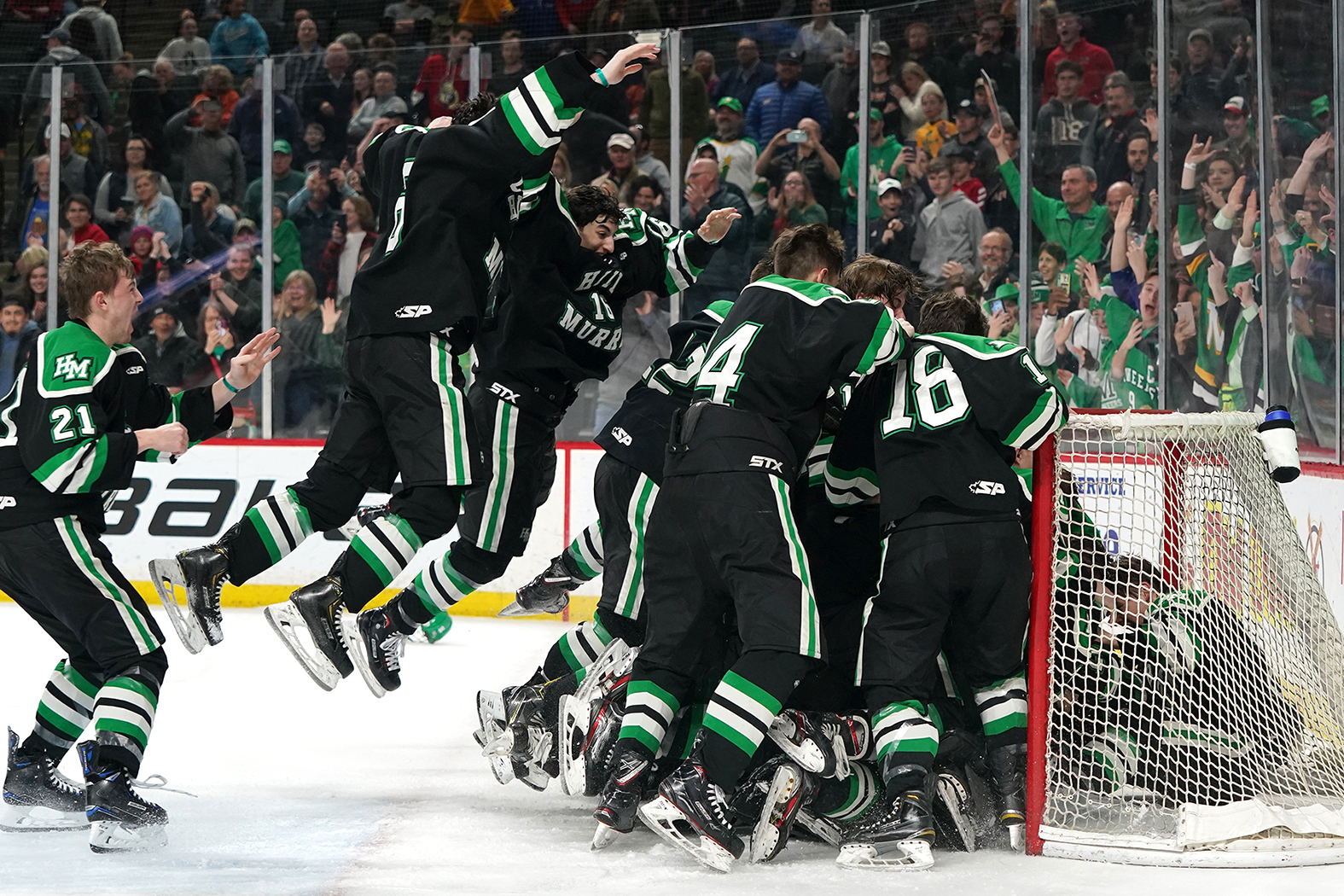 Why don’t they? Well, they did.

Hill-Murray defeated Eden Prairie 4-1 in the Class 2A championship Saturday night. The Pioneers pulled off an upset, winning the title as a 5-seed over the 3-seeded Eagles. Strobel had a team-leading four goals in the tournament, including two in the title game.

“We’re 2020 state high school hockey champions,” Strobel said. “And we can live with that for the rest of our lives. That’s the best feeling in the world right now.” 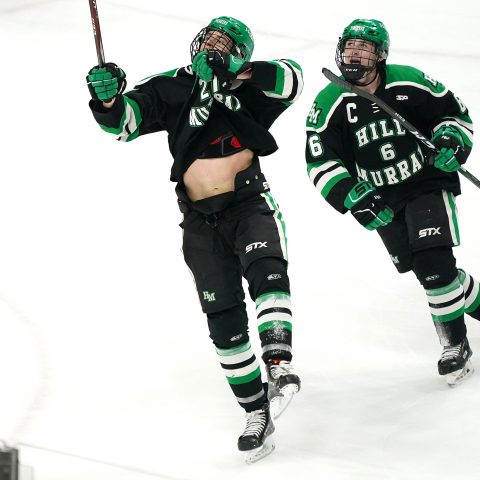 The Pioneers accomplished the feat with what opponents often referred to as their “relentless” play. That offense and defense started off strong from the drop of the puck Saturday.

Hill-Murray took a 1-0 lead in the middle of the first period, capitalizing on the first power-play opportunity of the game. Junior defenseman Matthew Fleischhacker took a shot from the blue line that found its way into the net.

Their underdog status helped their mindset, too.

“Gave us a little firepower at the beginning of the game,” Fleischhacker said.

The Pioneers extended the lead to 3-0 by the time the second period was over. First, they got an early goal from senior Owen Quast when he entered the Eden Prairie zone and blasted a shot top-shelf over the blocker at the 3:46 mark of the period.

With 1:54 to play in the period, Strobel took the puck into the zone and held his ground while being defended by Eden Prairie’s Mason Langenbrunner. Strobel went all the way down behind the net and finished off the play with a textbook wrap-around goal to push the margin to 3-0.

Eden Prairie assistant coach Paul Ranheim pointed to momentum turning just three minutes into the game, when Jackson Blake stood even with the goal line and sent the puck all the way through the crease, parallel with the goal line.

“I think the momentum for us changed when we had the great 3-on-2 and Blake didn’t score,” Ranheim said. 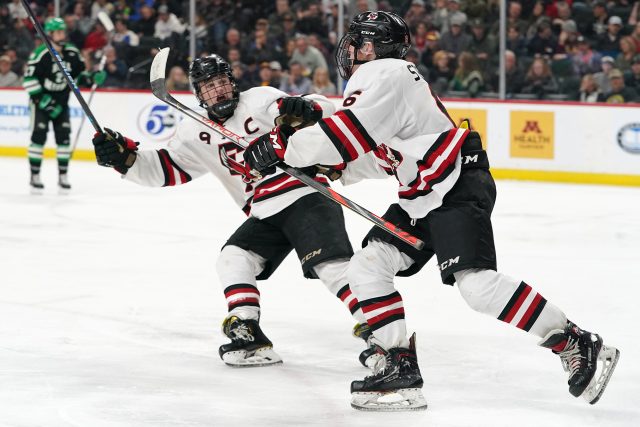 Eden Prairie got on the board with 11:11 remaining in regulation with Ben Steeves’ 37th goal of the season when he picked a corner just inside the top of the goal on the blocker side. The Eagles had life, cutting into the deficit for a 3-1 game.

But Strobel took a diving shot on a 2-on-1 play and his second of the game seemed to really seal the deal for the Pioneers, regaining the three-goal lead with 6:01 left in regulation.

Despite Eden Prairie pulling its goaltender not long after that, the Eagles couldn’t seem to get much going offensively in the closing minutes.

“They were getting in shooting lanes,” said Eagles senior John Mittelstadt. “It wasn’t easy getting the puck to the net, obviously.”

The Pioneers were also without one of their top defensemen, Joe Palodichuk, in the game. The team found out in the middle of the afternoon that the junior would be out after going to the doctor and being diagnosed with mono.

It created some personnel changes on the fly before the game. With Palodichuk usually running the power play, the Pioneers stuck Jared Jensen in that spot, while they also rotated five defensemen throughout the game.

“What was bizarre is we got one power play, I believe, and we scored on it,” said Hill-Murray coach Bill Lechner.

It’s the fourth state title for the Pioneers and second in the two-class format that started in 1994, with the other title coming in 2008. Hill-Murray also won the title in 1991, when Strobel’s father, Mike, was an assistant captain on the team. His uncle, Mark Strobel, was the tournament’s leading scorer that year, with four goals and three assists.

For Charlie, it’s a great feeling knowing that family history.

“Then I came in here and tried to do my best to do the same thing,” Charlie said. “I didn’t want to put too much pressure on myself, because I knew if I did, the outcome probably wouldn’t happen.”

“They played like they wanted it more,” Ranheim said, of Hill-Murray. “They came out, their legs were moving, and we got behind. And chased and chased and couldn’t find our momentum.”