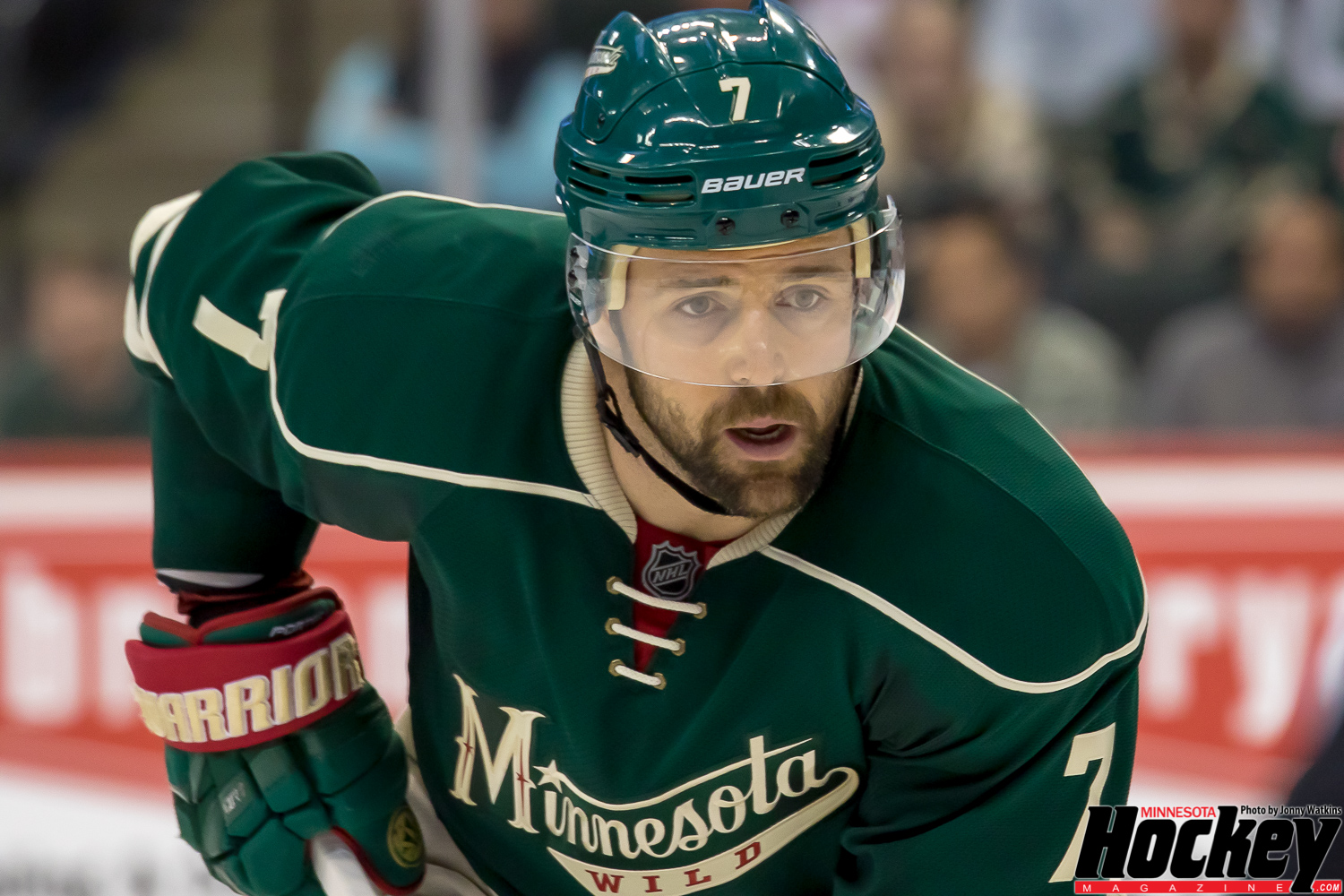 St. Paul – Chris Porter says he could attempt that shot 10 times and maybe be fortunate to thread it into the net once.

On Monday night, however, with the Wild trailing the Dallas Stars 2-0 in a best-of-seven Stanley Cup Playoff series and trailing the Stars 2-0 in the final minute of the first period of Game 3, Porter deflected in a shot by Erik Haula to make it 2-1.

“I think it was one of those lucky plays tonight, it went in,” Porter said. “Tomorrow it probably wouldn’t.”

Porter’s goal plus a few choice first-intermission words from Torchetti seemed to ignite a fire under a Wild team that had wandered a bit aimlessly through losing territory since March 29. By evening’s end, Minnesota left the ice with a 5-3 victory over the Stars and the sudden prospect of making this first-round series interesting.

“We did a good job,” Porter said. “We’re going to celebrate in here tonight and move on and get ready for Game 4.”

The Wild, who endured a few boos after Dallas’ winger Patrick Sharp scored twice in the first 4½ minutes, quickly brought the Xcel Energy Center crowd of 19,038 around by holding Dallas without a shot for the first third of the second period.

When Haula deflected in a shot by Pominville at the 6:04 mark, the Wild looked like a team that had finally remembered the ingredients required to win in the NHL: intensity, battle level, second effort and defending their own goal.

“I think for us, the biggest thing is defending and playing well in our end,” Pominville said. “When we do that, we have the puck more. You’ve got to defend. Offense isn’t going to win you games; it’s the way you defend and I thought tonight we defended well after the tough start.”

Led by two goals and an assist from Pominville, a goal and an assist by Haula plus goals by Porter and Mikko Koivu, the Wild dictated the tempo and outshot the Stars 25-17 to rule out a four-game Stars’ sweep.

Minnesota led 3-2 about six minutes into the final period when Koivu, who had not scored a goal since March 22 and came in with just seven goals in 41 playoff games, banged a rebound past Stars goalie Kari Lehtonen to make it 4-2.

That turned out to be the winning goal and the first playoff winning goal for Koivu. Uncharacteristically, he leaped against the glass above the end boards in celebration.

“Mikko’s celebration was great; I haven’t seen him celebrate like that, so I was happy for him,” Porter said.

Torchetti admitted he had been asking Koivu for more coming in. And, Torchetti added, “He showed up big tonight.”

The interim coach, who took over in mid-February, challenged his players to deliver more after the first period, Pominville said, “and we got the response we wanted. We battled hard in the last couple periods.”

Players said this surge in play began during the 2-1 loss in Game 2 on Saturday in Dallas.

Haula’s label for it: Everybody “pulling on the same rope.”

“We got a lot better with the puck,” he said. “We got more speed going in. We put their D on their heels I think for the first time in the series.”

Goaltender Devan Dubnyk, who stopped 14 of 17 shots for the win, watched his team create the kind of offensive firepower that had been lacking as Minnesota scored just one goal in its first two playoff games.

The triumph ended a streak of seven consecutive losses counting the final five of the regular season.