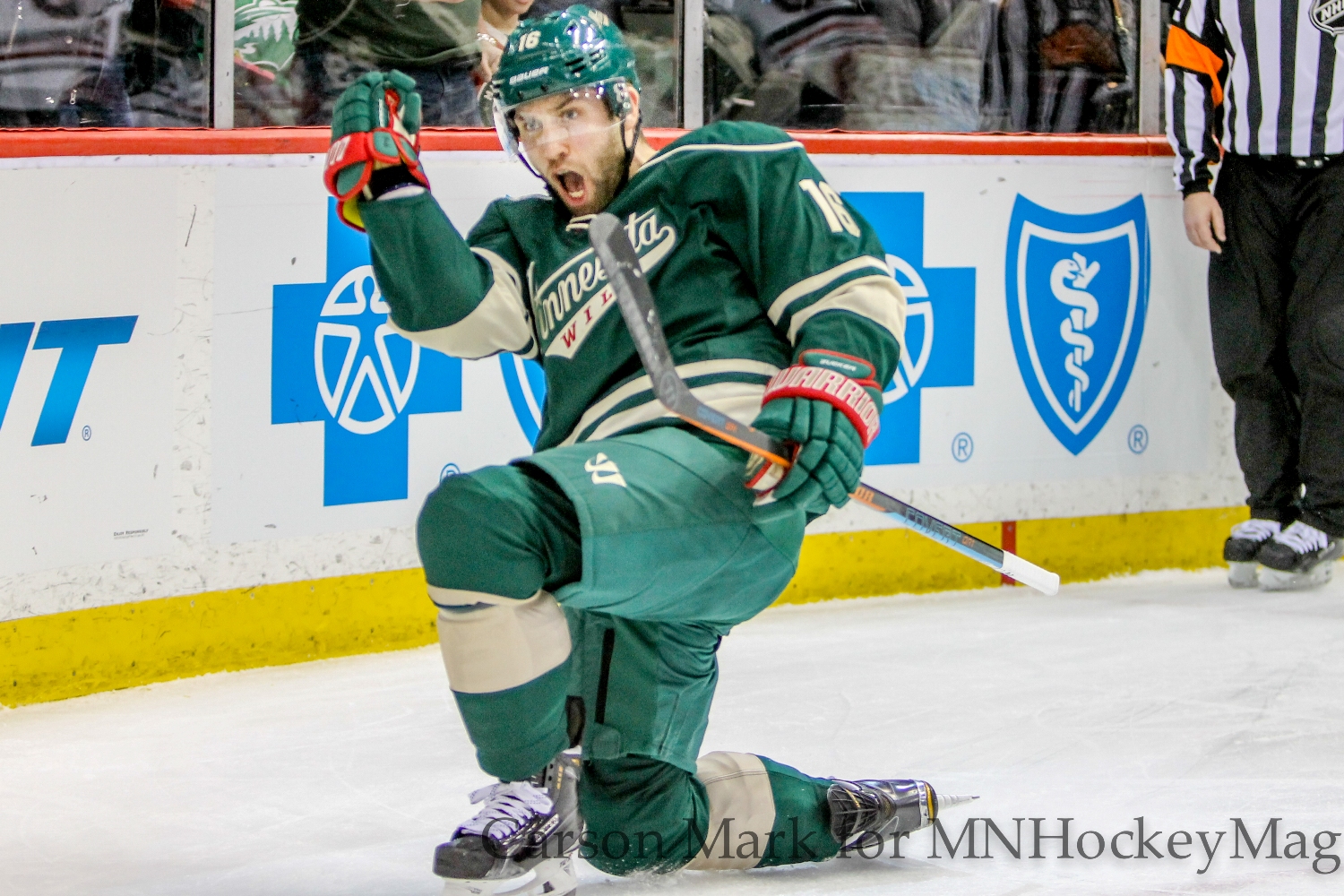 Minnesota’s Jason Zucker celebrates scoring goal No. 18 on the season in the first period of the Wild’s 3-0 win over the Chicago Blackhawks Tuesday night at Xcel Energy Center. (MHM Photo / Carson Mark)

The Minnesota Wild returned home from its impressive 3-0 Western Canada road swing riding a wave of momentum and newly-rediscovered confidence. The type of confidence the team exhibited early in the season in wining seven of its first eight games at Xcel Energy Center before dropping 11 of its next 15 in St. Paul.

Looking much like the Wild team that came hard out of the gate last fall, Minnesota dominated the suddenly struggling Chicago Blackhawks 3-0, handing the Hawks their second straight shutout loss. Goals by Mikko Koivu, Jason Zucker and Mikael Granlund were more than enough for goaltender Devan Dubnyk (6-1, 1.48 GAA, .943 SV% ) who made 24 saves to pickup his third shutout in a Wild sweater in just his eighth start since being acquired from Arizona on Jan. 14.

The game was the first in a stretch of five out of six games at home for Minnesota which has now won four straight and has earned points in seven of its past eight games (6-1-1). 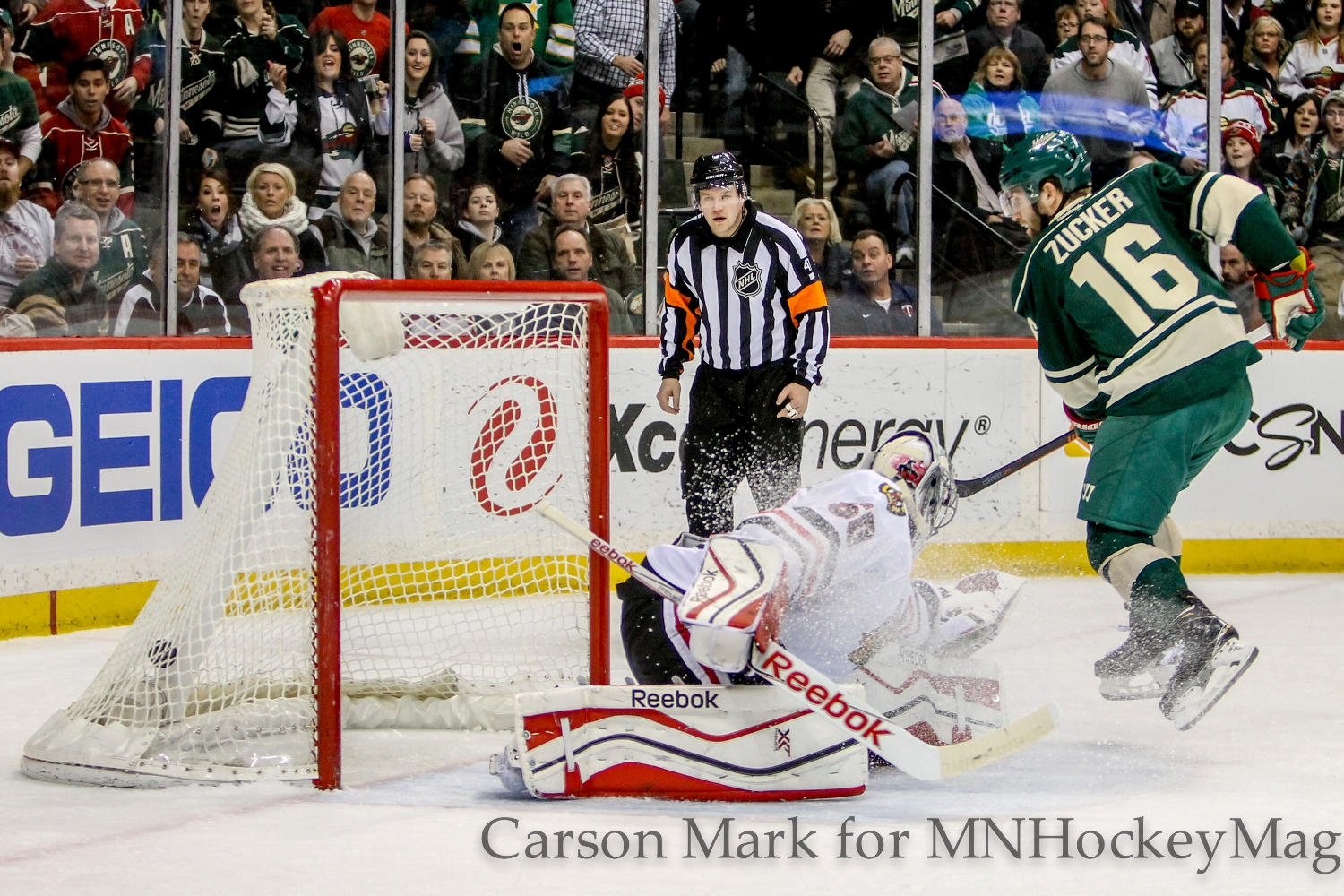 Marco Scandella fired a career-high eight shots while blocking a pair and had two hits to go with his impressive primary assist on Zucker’s goal at the 10 minute mark of the first period. Scandella’s stretch pass sent the speedy Zucker in alone on Corey Crawford and the former Denver Pioneer roofed a backhand shot over the helpless Chicago netminder.

The Wild outshot Chicago 43-24 for the game, including 24-5 in a second period which featured Granlund scoring his first goal in his third game since returning from a month-long wrist injury absence. Granlund’s wrist appeared just fine after he one-timed Zach Parise’s pass off the right post and behind Crawford for his fifth of the year.

Minnesota got the only goal it would need 7:40 into the opening period on Koivu’s eighth of the season when his persistence batting at a loose puck paid off. Koivu would later add an assist on Zucker’s goal for his seventh point (2-5–7) in his last eight games making him nearly as hot as Parise over that stretch.

The Wild have the rest of the week off until the Colorado Avalanche visit St. Paul on Saturday night.