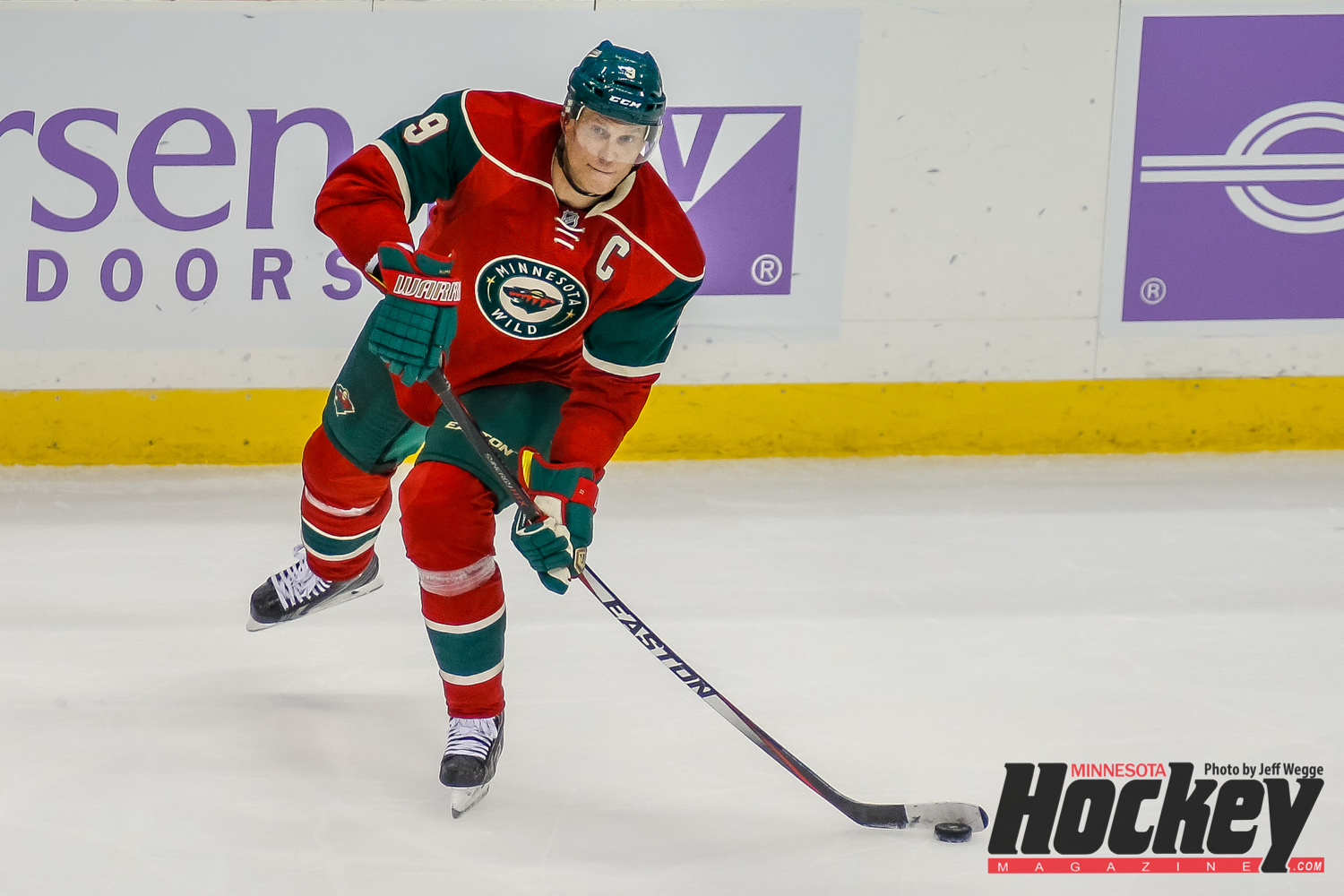 The Wild don’t seem to do a lot wrong these days on home ice.

Heck, they aren’t doing much wrong at all.

After posting 5-0 and 2-0 home wins to begin the season, they ripped four first-period shots past an unrecognizable Evgeni Nabokov and rolled to a 7-2 triumph over the Tampa Bay Lightning Saturday night at the Xcel Energy Center.

Nabokov came into this match with a 16-8-3 all-time record and a 2.09 goals-against record versus Minnesota, but he played less than 18 minutes before Lightning coach Jon Cooper put an end to his nightmarish evening.

Now the Wild – they were 3-0 at home in exhibition play – have won eight of their past nine starts at the X including playoffs and are 34-11-5 at home in games that count since the beginning of the 2013-14 season.

Before the season began, Wild fans sometimes kibitzed about their team’s offensive talents and defensive prowess but felt obliged to also address what appeared to be an uncertain situation in goal.

Kuemper, one of four Wild netminders that included Niklas Backstrom, Josh Harding and Ilya Bryzgalov last season, did not emerge as the official No. 1 goalie until the day before the opener.

The 24-year-old from Saskatoon, Saskatchewan, seems to have a stranglehold on the starting job, and his play has quieted many of the doubters.

But the 6-foot-5 Kuemper will be the first to tell you he’s getting tons of help.

Minnesota has outshot its first six opponents and on Saturday the Wild defense did not allow a shot on goal when the Lightning had a five-on-three power play for 29 seconds early in the third period.

“Our ‘D’ is great,” winger Thomas Vanek said. “I’ve never seen a group that gaps up as well as they do, and them doing that gives the forwards confidence that, ‘Hey, they’re going to give us a chance to get the puck back,’ so we’ll help them out. It’s a two-way street, and right now it’s going pretty good.”

Coach Mike Yeo says his defensemen carried the day in a 2-0 win over Arizona Thursday night and followed that up well on Saturday, adding, “They’re playing to our expectations.”

The offense, meanwhile, has 19 goals in six games and spread it around Saturday: Six players scored and 13 players picked up at least one point, led by two goals from Jason Zucker.

“We had production from every single line,” said winger Erik Haula, who scored his first goal of the season. “That’s huge.”

Part of that production came courtesy of captain Mikko Koivu, who netted his first point of the season with a goal in the first period.

Koivu said he had been getting chances and wasn’t overly worried about his scoring drought, but paused and admitted, “You’re starting to think — let’s be honest – that you should be scoring.”

Koivu’s left wing, Thomas Vanek, also came into the game without a goal but chipped in his third and fourth assists of the season, one on a pinpoint pass to Jared Spurgeon at the corner of the net for a tap-in.

The final shot total was 22-19 and Minnesota has limited its opponents to 133 shots through six games, leading the NHL by yielding an average of 22.2 a game.

That’s nice, Koivu said, but pointed out that “it’s only six games.” Still, he added, all five guys on the ice are playing with confidence, especially defensively.

“We’re trying to be in their face,” noted defenseman Marco Scandella, who recorded a Gordie Howe hat trick with a goal, an assist and a fight against the Lightning. “We have defensemen that can skate and that’s a big advantage for our team.”

And the 18,884 customers, who represented the third consecutive sellout for the Wild, could sit back and enjoy another easy one.

“We’ve played good on the road, too,” Koivu said, “but we didn’t win, and that’s what it’s all about, so yeah, when you do good you get that confidence at home.”