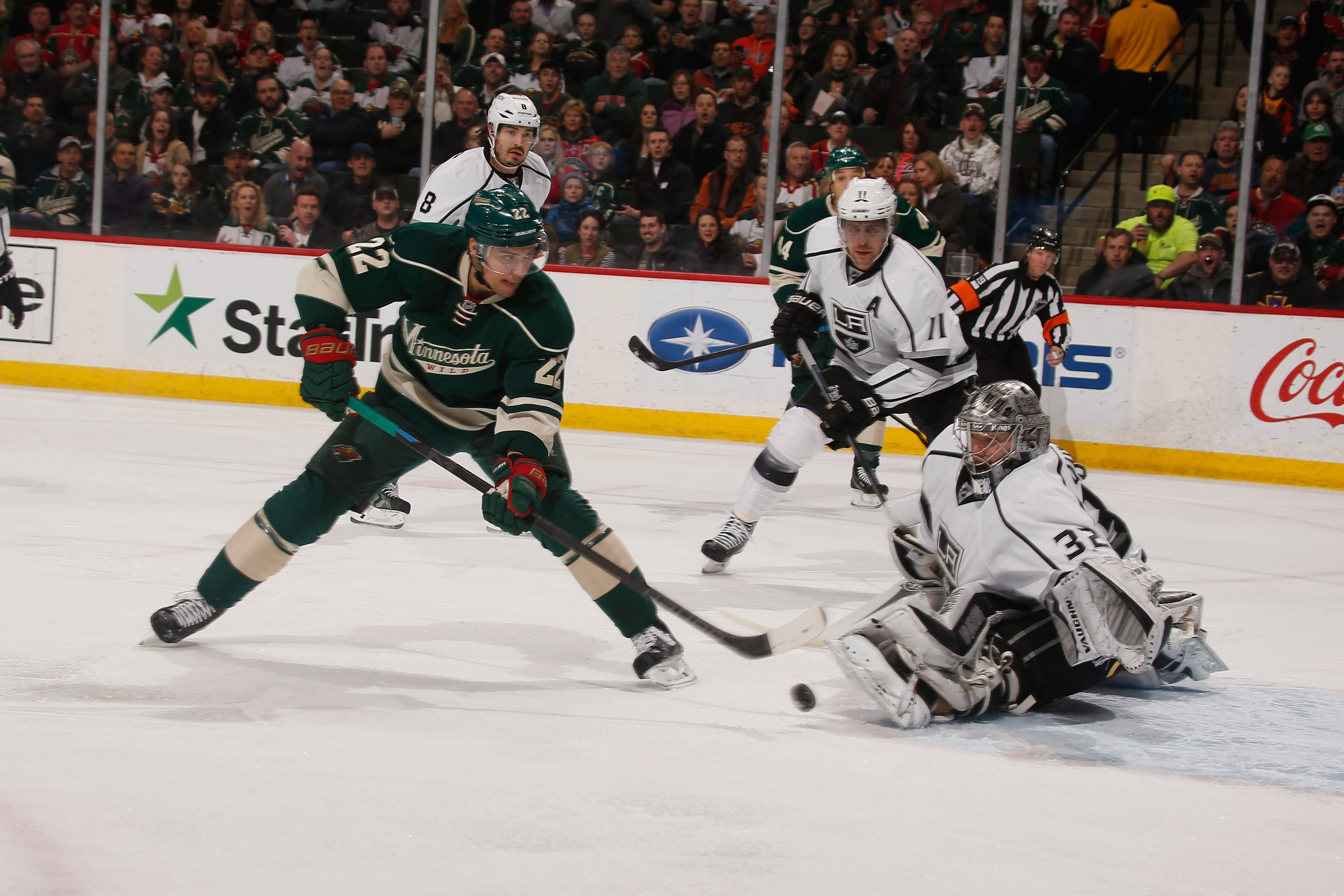 St. Paul — The Wild get a day off Sunday.

Led by two goals apiece from Mikko Koivu and Nino Niederreiter and another superlative performance from goaltender Devan Dubnyk, the Wild tripped the Los Angeles Kings 4-1 Saturday night at the Xcel Energy Center.

Unlike so many of their games during an incredible hot streak, however, this win was equally about tenacity and goaltending as 19,204 onlookers shifted uneasily in their seats over an uncomfortable 37 of the final 40 minutes.

Niederreiter’s power-play goal with 3:03 remaining made it 3-1 and allowed the home fans to breathe easier before Koivu’s empty-netter 101 seconds later made the final margin look a whole lot different than how the game actually proceeded.

“I’m just really impressed with a lot of things in this game,” Wild coach Mike Yeo said after his team climbed over Chicago and temporarily into third place in the NHL Central Division, although the Blackhawks have two additional games remaining. “We had a huge win last night and we came back in today and there was a real sharp focus and determination today, and that’s a good sign.”

Asked if this has developed into a pretty special team, Yeo pointed out that there are six games remaining, but admitted that things right now are not too bad.

“Look at what we’ve done lately,” he said, “and there’s no reason we should not feel good.”

Of course, Dubnyk has started every one of those games. He has allowed 57 goals for a 1.70 goals-against record, a .939 save percentage and a 26-6-1 record since joining the Wild.

Despite working the night before in a home win over Calgary, he posted 31 saves Saturday and is now 4-0-1 in the second games of back-to-backs with the Wild since he was pulled Jan. 20 in Detroit.

“What can you say about the job he did tonight?” Yeo commented. “He was outstanding.”

Dubnyk did get some help when defenseman Jonas Brodin stepped in to keep a puck out of the net in the second period.

“Brods saved me from one there,” Dubnyk said.

This was an evening when the Wild came out strong, grabbed a 2-0 first-period lead and then bent like a tree in a strong wind against some relentless pressure applied by Los Angeles.

“We didn’t have the legs,” Yeo confessed.

They did what was necessary, however, impressively killing three penalties including a five-on-three that lasted 20 seconds. The Wild have now killed 76 of their past 81 penalties to lead the NHL with a 93.8 percent success rate since the all-star break.

And they have four days to regroup before their next game against the New York Rangers Thursday night at the X.

Yeo said most of his players will also get Monday off.

One of those will be Dubnyk, who truly has earned a breather.

“It’ll be fun to try to get together with some of the guys and take a breath and look back and really enjoy what we’ve done so far,” he said. “We don’t usually get this much time to think about it, so it’s a good time to relax and think about it and get ready for Thursday.”

Yes, the team is rolling, Koivu said, but this is no time to take a postseason berth or anything else for granted.

Nevertheless, after 76 games they have 95 points, a five-game winning streak and – yippee — a day or two off.