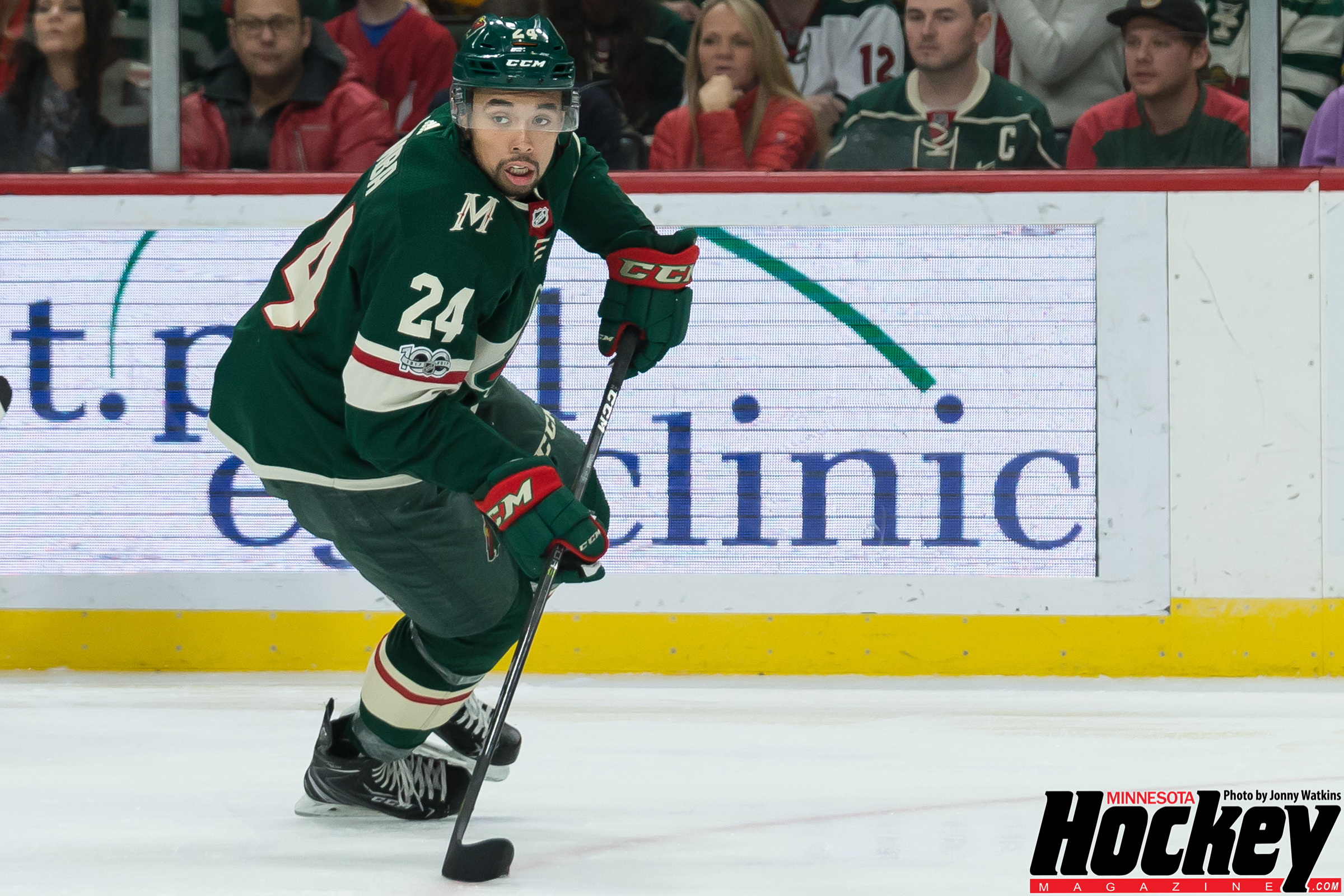 Matt Dumba had a front row seat for most of the third period of the Wild’s 2-1 loss to Winnipeg on Tuesday night at Xcel Energy Center. (MHM Photo / Jonny Watkins)

After a dismal performance in a 1-0 loss to Vancouver a week ago, the Wild rebounded for a pair of wins over the Islanders and Penguins, respectively, but Minnesota coach Bruce Boudreau wasn’t fooled.

“Self preparation hasn’t been there for a few games now,” Boudreau said.

The Wild’s lack of preparation was on full display for two-plus periods of a 2-1 loss to Winnipeg on Tuesday night when a one-goal deficit after the second was quickly doubled early in the third. Despite the Wild’s third-period push in which they outshot the Jets 12-2 and closed the gap to one, the rally came up short.

A red-faced Boudreau wasn’t impressed with the late surge.

“We were lucky to be in the position, quite frankly, we were in in the last 10 minutes of the game,” he said. “It could have been three or four to nothing going into the third period.”

Things went from bad to worse in the first minute of that final period when defenseman Matt Dumba followed up an awful second period with a game-changing turnover. His attempted no-look pass to Mikael Granlund inside the Wild’s defensive zone was picked off by Winnipeg’s Nikolaj Ehlers who quickly buried the game winner behind Minnesota goaltender Alex Stalock.

An admittedly angry Boudreau benched Dumba for the rest of the game after that 14-second shift. Boudreau acknowledged the obvious after the game, saying Dumba “just hasn’t been playing that well.”

“He’s a good player that maybe I’ve set the bar pretty high for him,” Boudreau said. “He hasn’t reached that bar. I just thought that was an inexcusable play and at some point you have to be accountable for your actions.”

To his credit, Dumba fell on the sword for his team and accepted the blame for putting his already struggling teammates in an even more precarious position.

“I know that was my fault tonight and I’ve just got to man up, own it and try to move on,” Dumba said. “It’s frustrating when you let your teammates down like that on a play I could routinely make. It’s like an interception, like a pick-6 a guy runs back to the house.”

Accountability is great, but it rings hollow unless it’s followed up by meaningful strides toward improvement and eliminating the mental mistakes Dumba continues to make.

“We can teach and show and do this but, I mean, it’s like you can lead a horse to water type thing,” Boudreau said. “He’s been in this league four years now, he’s just gotta do what he does when he’s playing good. I don’t know what else is on his mind  but … he’s just gotta come to the game better prepared.” 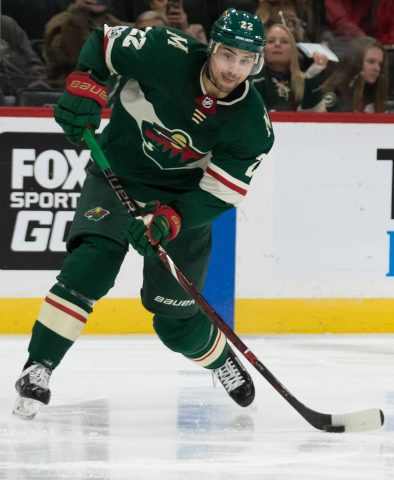 Rookie Luke Kunin did score his second of the season, and his career, five minutes after Dumba’s mishap. Nino Niederreiter, in his first game back since suffering a high ankle sprain Oct. 12 at Chicago, fed a behind-the-back pass to Kunin in the slot for his first point of the season.

A clearly frustrated Kunin, however, was more concerned about his team’s failure to put forth a 60-minute effort.

“We didn’t play to our strengths, we didn’t play to our game plan, I felt it was a little dead out there and too many turnovers,” Kunin said. “Just not doing the right things to win hockey games, and that’s going to cost you in this league, so we’ve just got to be better.

“We’ve got to take this and learn from it and be more prepared and ready to go on Thursday.”