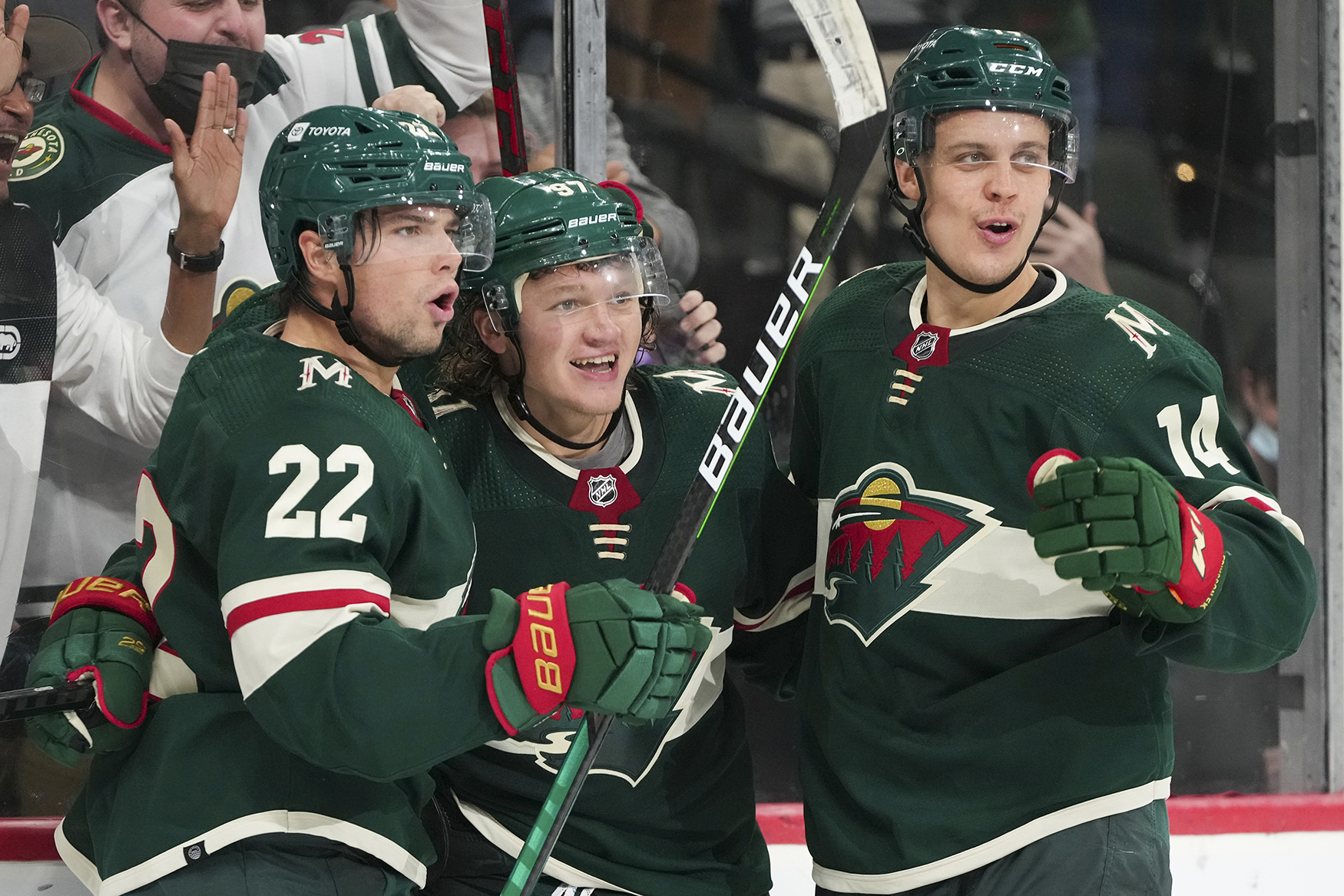 Playing hockey “the right way.” That’s what Minnesota Wild coach Dean Evason talked about after his team’s 7-2 victory over the Dallas Stars on Nov. 18 at Xcel Energy Center. On the scoresheet and visually on the ice, it looked like a much better effort than the Wild offered in a 4-1 loss to San Jose two nights earlier on home ice.

“We loved how we responded,” Evason said Thursday. “It’s great to get seven goals, but we did it the right way. We played team-first. We weren’t extending our shifts. We weren’t individually trying to score. We were scoring the right way.”

Sixteen games into the season, the Wild (11-5-0) have played the right way more often than not. They’ve been in first place, or close to it, consistently in the Central Division. They’ve won 11 games, starting the year with a four-game winning streak before adding another four-gamer to start the month of November.

Seven of their first eight victories were considered comebacks, with thrilling sequences of last-minute, last-second goals in regulation to help the Wild to a perfect 4-0 overtime/shootout record. The Wild’s longest losing streak so far sits at two games, both 4-1 margins coming in their inaugural visit to Seattle and then in Colorado.

A lot of things have gone the Wild’s way so far this year. What’s really noticeable is the overall depth of the team. Perhaps no game was better evidence than the win over the Stars (6-7-2), which is also not too surprising in a game with seven goals for one team.

But it wasn’t like the Wild got a hat trick from Kirill Kaprizov, two goals from Kevin Fiala or even the majority of points from a dominant top line. No, the Wild celebrated seven different goal scorers on the ice, from rookies to veterans. All four lines produced scoring. Marcus Foligno was the only forward who didn’t register a point.

“We’re a great team all over,” said forward Mats Zuccarello. “Any line can score any game.”

Rem Pitlick, fresh off his natural hat trick Nov. 13 in Seattle, opened the scoring midway through the first period as he skated around the zone before elevating his shot from the top of the circles. Then Kaprizov made it 2-0 by the end of the first period with an easy open-net shot on the backdoor with a slick pass from Zuccarello.

That goal started a career-high, four-point night for Kaprizov, who added three assists by the time the night was over. None was more exciting to watch than his pass to Frederick Gaudreau who waited out in front of the net as Kaprizov was behind the net, facing the glass and spun a behind-the-back pass to his teammate for the 5-1 lead in the third period.

“You have to know that even though it doesn’t seem like he sees you, there’s good chances that he knows where you are,” Gaudreau said. “I just was ready on that (goal). … I was pretty sure he knew where I was.”

Kaprizov is the fourth Wild played in the past 15 years to record a four-point game at age 24 or younger, according to NHL Public Relations. Matt Dumba, Guillaume Latendresse and Pierre-Marc Bouchard were the others.

Evason shook up the lines for Thursday, putting Kaprizov on the third line with Gaudreau and reunited him with center Victor Rask. Kaprizov has been a target of some criticism from fans early this season for his lack of production in the goals column. He went goalless for the first eight games, though he still contributed assists. 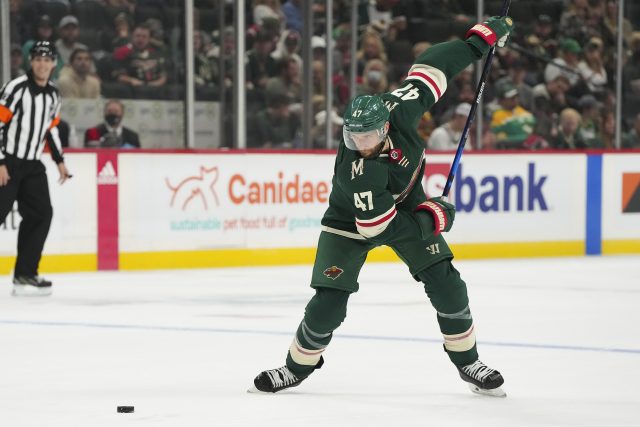 But after waiting all summer before signing his five-year, $45 million contract, it seemed to come with some superstar-like expectations from a fanbase that was dazzled by his play in his first (partial) NHL season last winter. He’s had a few rough games this season, sometimes not even being that noticeable. Tuesday against the Sharks, he had no points and was a minus-2. He still leads the team in points (15) and assists (11) after Thursday.

When he’s on his game, however, he’s one of the best and most fun players to watch.

Kaprizov and Zuccarello were split up on the lines for the most part against the Stars. But they were reunited briefly following penalty kills and it worked out. Zuccarello praised Kaprizov’s overall effort and play, despite criticism that he’s not scoring enough.

“I think sometimes you have to see beyond the goals and assists and see what he creates and how hard he works for our team,” Zuccarello said.

Only a minute and 1 second into the second period, the Wild took a 3-0 lead on Ryan Hartman’s team-leading eighth goal of the season when he jammed home a rebound on Goligoski’s wrap-around attempt. Goligoski had quite the night facing his former team. When the Stars made it a 3-1 game in the third period, Goligoski responded a few minutes later with his first goal in a Wild sweater, a shot from the point through traffic.

Goligoski had a three-point night with his pair of assists. He’s feeling more comfortable with his new team this season.

“It can take a little while,” Goligoski said. “New team. You play for the same coach for the past four years, so it’s a little different system and just chemistry with guys, where to put pucks. Everyone’s different.

Zuccarello made it 6-2 only 29 seconds after a Jamie Benn goal cut into the deficit again. Then 45 seconds later, Rask, back in action after being scratched for four games found a bouncing puck in front for the Wild’s seventh goal of the game, a season-high.

Getting him back in the lineup, Evason was pleased with Rask’s effort and urgency.

“It’s great to get points, obviously,” Evason said. “And it’s great that we scored some goals. But we saw a lot of people play the right way. Rasky played with urgency, got up and down the ice, checked very well.”

What’s so encouraging about the good position the Wild have put themselves in, and the depth they possess is that there’s still plenty of potential for more production and more improvement. There’ll be room for that as the team heads out for a three-game road trip ahead of Thanksgiving, that unofficial benchmark where NHL teams inside the playoff picture at Turkey Day often make the postseason in the spring.